John O’Sullivan became a Morecambe hero when he won the penalty in extra-time which led to their Play-Off final victory over Newport County at Wembley and promotion to League One in May.

However the winger, while proud of the achievement, is hoping to upset the Shrimps fans on Saturday when Accrington Stanley visit the Mazuma Stadium.

The 28-year-old signed a three-year-deal with the Reds in the summer but has been hampered with an ankle injury since starting the first game at Wycombe but came on against Wigan last weekend in the second half of the 4-1 loss.

“I had a great two years at Morecambe, especially last year, but my time was up there and I am at Accy now and that’s what I am focused on,” said O’Sullivan.

“The fans were always good to me at Morecambe, there are loads of lads there I know, but that will go out the window. I am just excited for the match on Saturday, but it is just another game.

“I did look for the fixture when the fixtures came out and, with the time I had there, that’s one that popped into my head and my family will try and come to the game and make a day out of it.

“Wembley was a great experience but it is in the past. That’s football. If you get caught up in what you have done and what you have achieved you will never move forward. I have that medal in the bag and let’s try and get another one.”

After a good start which had the Reds battling for top spot in the league when they played Sunderland, Stanley have lost their last two games and are currently in 11th place in League One.

“We haven’t got the results in the last two games, Sunderland and Wigan, but from what I have seen and heard they are the two best teams in the league so far.

“Wigan outplayed us but we have three games next week and we need to start picking up some results like we were at the start of the season.

“It has been frustrating with injury, but the lads have done well, I have worked really hard behind the scenes, I played with the ressies on Tuesday to get some more minutes and trained today and tomorrow and I am available for what the gaffer needs in the games coming up.

“I always want to play but I have been disappointed with the injury but hopefully I can kick on now for the rest of the season.

“Teams win games, squads get promoted, that’s a fact. If you have eleven that plays every game every season, that never happens. Throughout the season players get injured or suspended and it’s up to the next player to come in and do well.

“Me, Seamus (Conneely), Joey P (Pritchard), Harvey (Rodgers), we will try and get back fit to give the gaffer as much ammunition as he needs. I have had a good week and hopefully I can kick on.”

The full pre-match interview video with John O'Sullivan is available to watch on the club's official YouTube channel, CLICK HERE to find out more! 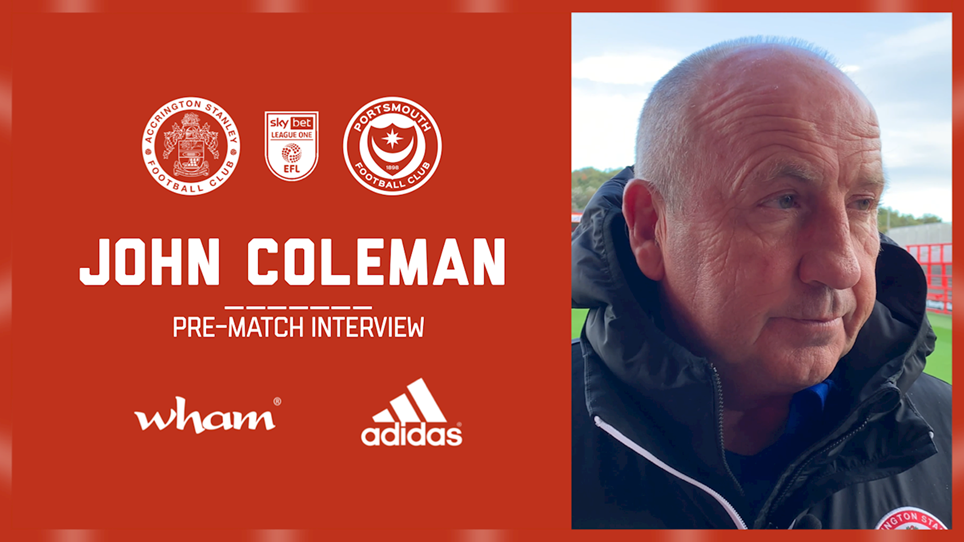