Accrington Stanley suffered a late loss at Cheltenham as Kyle Vassell struck in the 79th minute to clinch the win.

In a game of limited opportunities, the Reds had a couple of good chances but couldn’t make one count.

Their best was a Harry Pell header which was acrobatically kept out by Scott Flinders.

But the Robins struck late through Vassell to celebrate three points while Stanley’s travel sickness continues.

Ross Sykes came back into the side after he missed the Ipswich win with a one-game suspension.

Toby Savin made an easy save from Vassell in the early stages while the Reds keeper did superbly well to keep out a header from Mattie Pollock.

David Morgan had Stanley’s first chance on 25 minutes but his strike was high and wide while Pell raced forward minutes later against his former club and tried to chip Flinders but it was straight into the keeper’s hands.

Matty Blair had a dangerous cross flicked away for a corner while, luckily for Stanley, defender Will Boyle couldn’t steer his free header on target.

Just before the break, Matt Butcher fed Pell but his shot from a tight angle was grabbed by Flinders at the second attempt.

Cheltenham had a great chance after the re-start when Ellis Chapman broke quickly and his ball found Vassell in the area but the striker’s close-range effort took a deflection and rolled just wide of goal.

Pollock headed wide from the resulting Chapman corner while, at the other end, Ethan Hamilton had two efforts blocked as both sides tried to break the deadlock.

Stanley created their best chance of the game so far on the hour mark when Morgan’s cross found the diving head of Pell but Flinders reacted quickly to deny him at the near post.

Cheltenham took the lead on 79 minutes when Savin got a hand to a looping Boyle volley but the ball dropped for Vassell to tap home.

Vassell could have made the game safe on 84 minutes after charging clean through but, as he lined up to shoot, the Stanley defence got back to clear.

Joseph fired over from a long goal kick for the home side while another breakaway ended with Blair’s strike deflected for a corner as Stanley ended on the losing side. 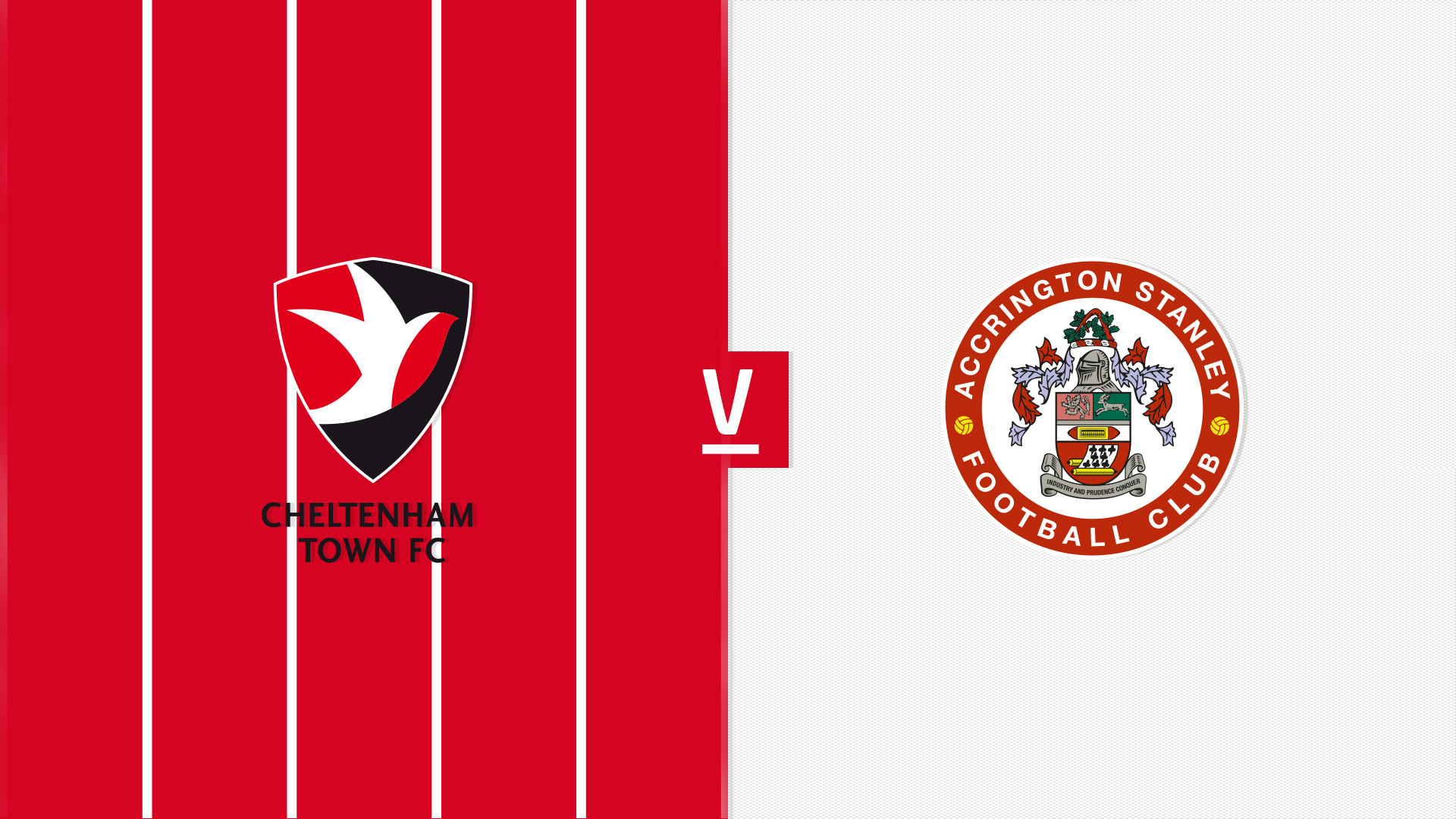