Accrington Stanley couldn’t make it three league wins on the trot as AFC Wimbledon were the victors at the Wham Stadium.

With the wind swirling, Wimbledon struck twice in the second half to secure the three points.

It was frustrating for the Reds who had their chances and were looking to build on back-to-back league wins.

John Coleman made one change from the side which beat Fleetwood 5-1 on Saturday with Liam Coyle coming in for Joel Mumbongo.

There was action in both boxes early on with Sean McConville firing wide while Ollie Palmer couldn’t connect with a couple of chances for Wimbledon.

Top scorer Palmer had a great chance on 26 minutes when he got the ball six yards out but, thankfully for Stanley, he fired well over the bar.

Wimbledon were creating the more clear cut chances with Ayoub Assal getting the ball in a good position but his effort was deflected.

Ross Sykes fired wide from distance as, while Stanley probed around the area, they couldn’t find the final pass.

The best Stanley chance of the half came on 40 minutes from a McConville free kick which found midfielder Harry Pell at the far post but he could only guide his header wide.

At half-time, Jack Nolan replaced the injured Seamus Conneely and it was Wimbledon who had the first chance after the break – Jack Rudoni’s effort saved by Toby Savin, which was the first shot on target for either side.

Stanley had a great chance to open the scoring on 56 minutes. A McConville corner came to Sykes at the far post, his header was pushed out by Nik Tzanev with the ball played back in by Michael Nottingham to Harvey Rodgers who had a free header but steered it wide.

Wimbledon opened the scoring on 59 when Paul Osew’s ball in from the right found Luke McCormick in the area and he turned and fired home.

Stanley appealed for a penalty for a challenge on Colby Bishop but nothing was given while Wimbledon then enjoyed a spell of pressure without testing Savin.

Mark Robinson’s side made it two on 76 minutes when Osew’s long range strike hit defender Yeboah Amankwah in the area and fell for Assal to slot home.

McConville came close on 86 minutes with a deflected effort which was just over the bar and, from the resulting corner, the ball was pin ball around the area with Tzanev making three superb saves to superbly deny the Reds from close range. 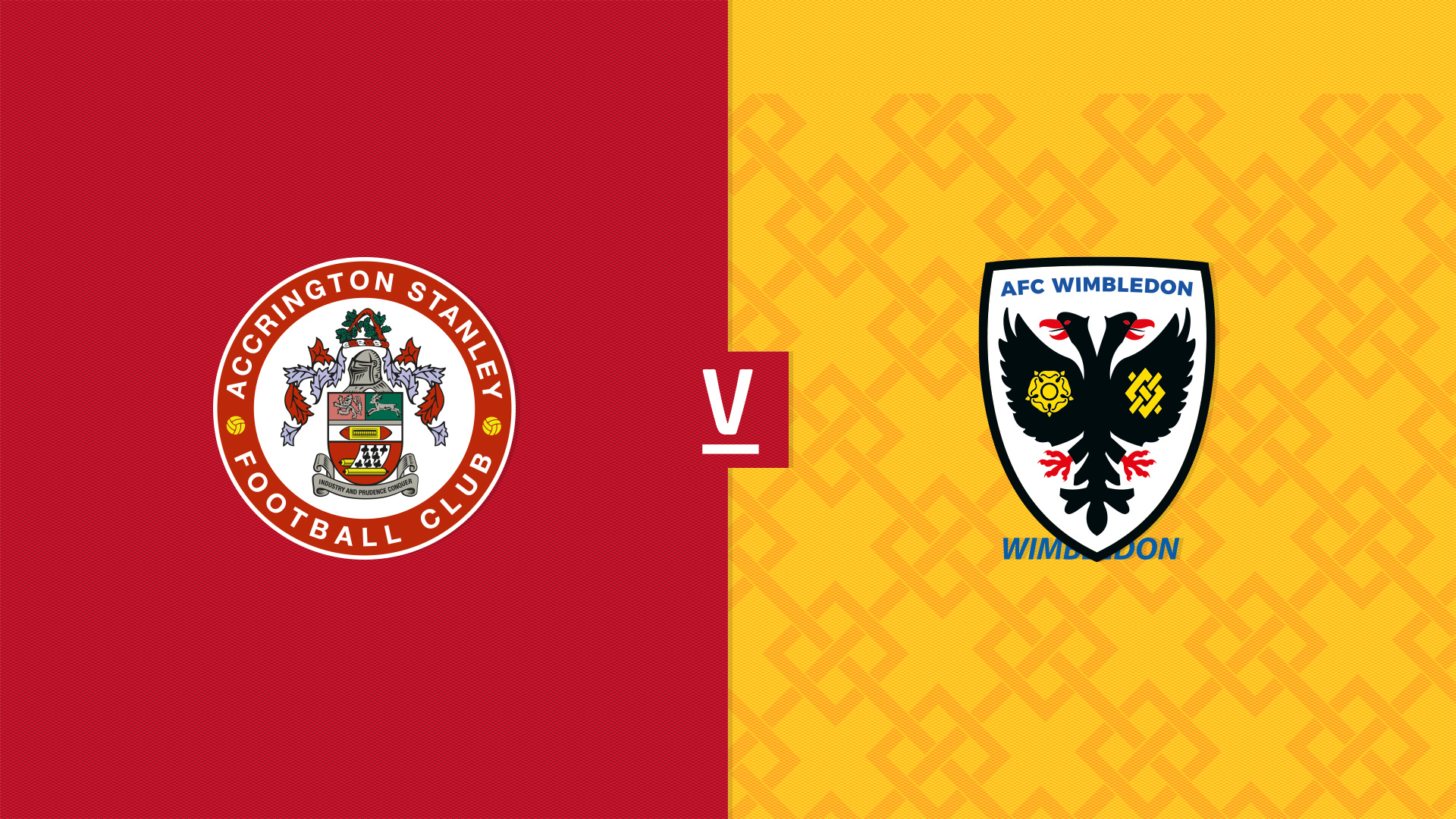 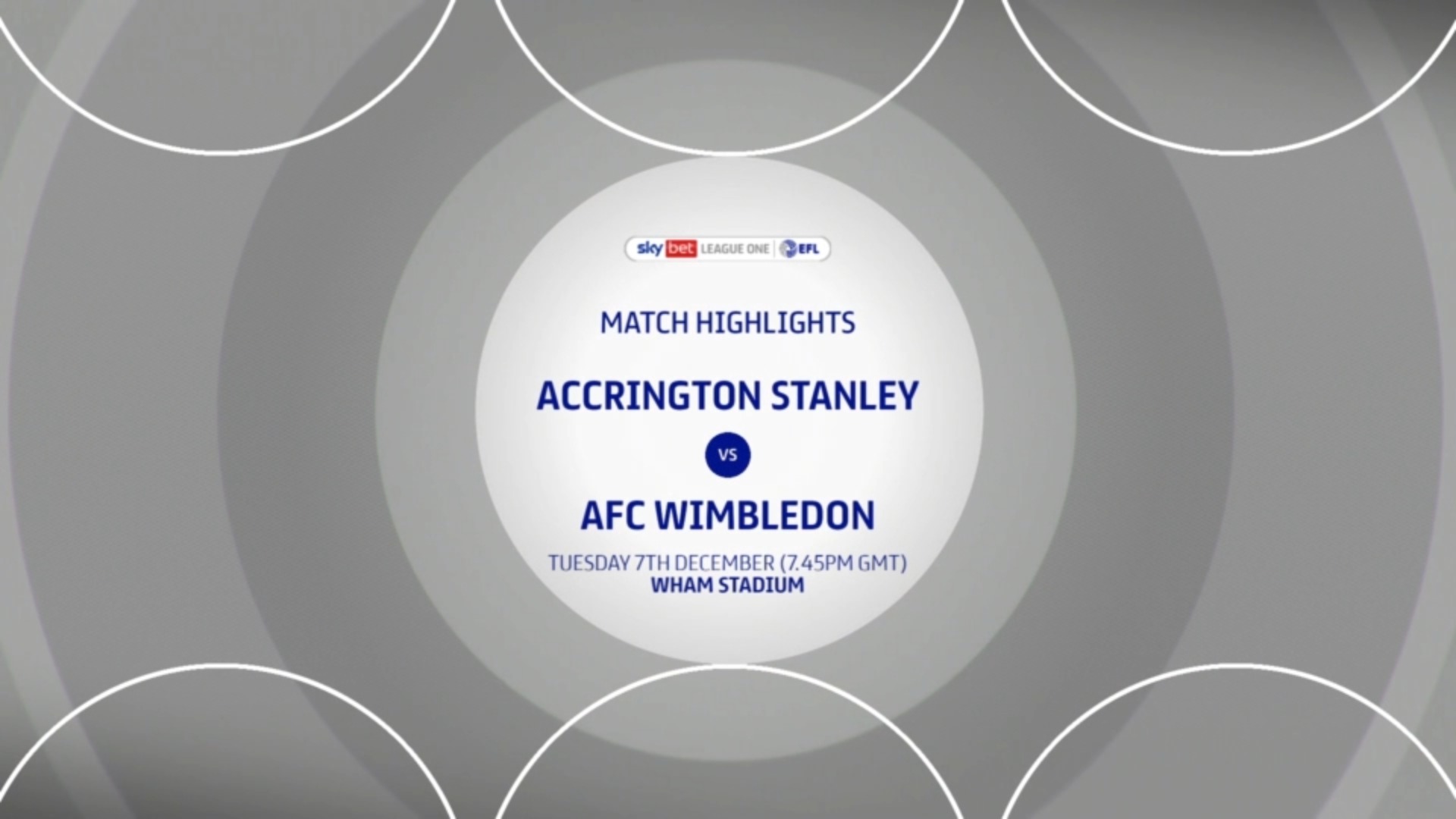 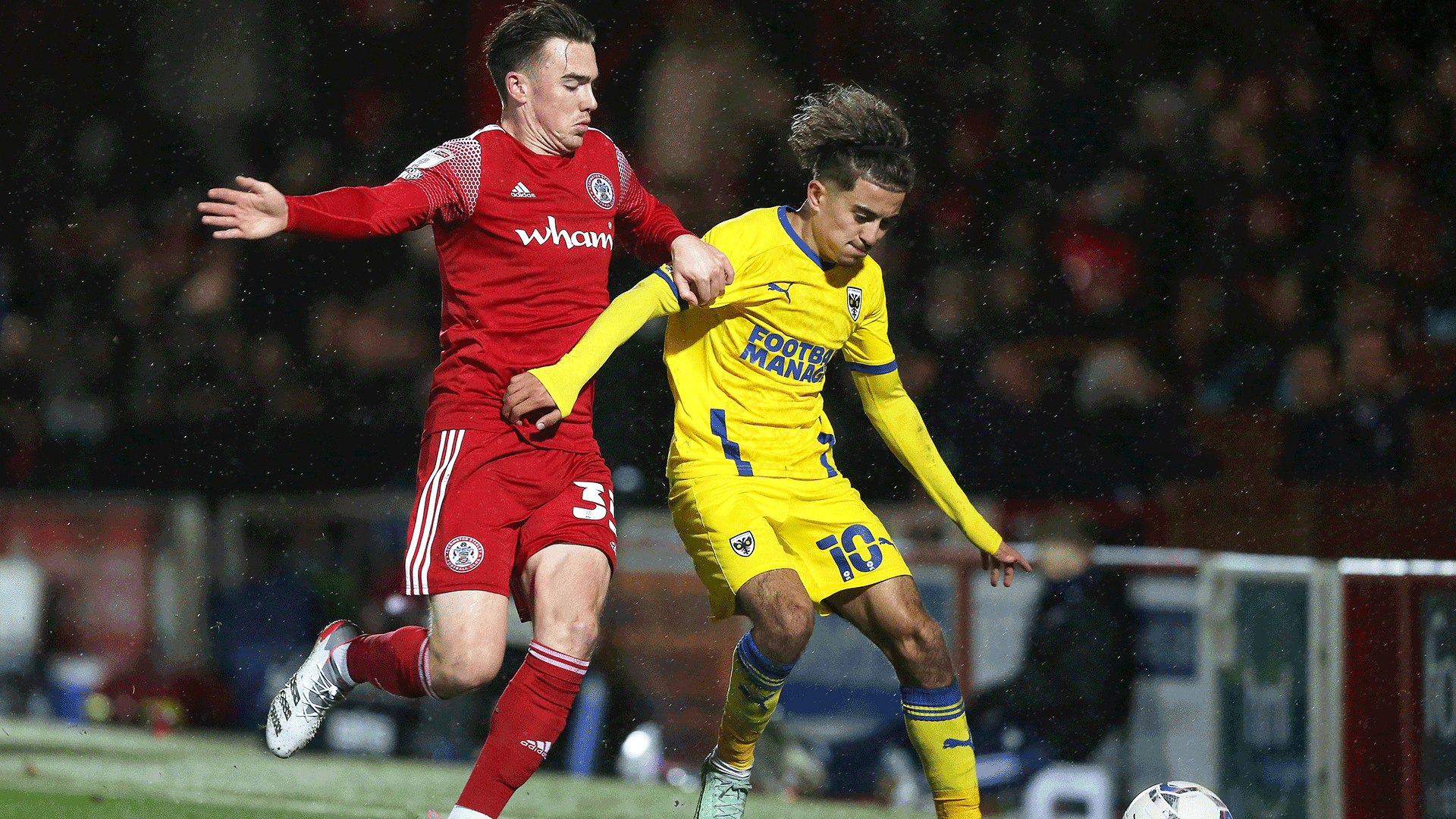