Alhagi Touray Sisay is hoping to grab the goals to boost Accrington Stanley’s challenge for a top six spot in Sky Bet League One.

The 22-year-old, known as Touray, signed a two-year contract today after impressing on trial.

Sisay was born in Barcelona and moved to England three years ago to pursue his professional football career.

The 6ft 4" striker has had spells at Grimsby but came to the fore last season, scoring 12 goals in 28 appearances for Haverfordwest County in the Cyrmu Premier.

He has been on trial with the Reds for three weeks, scoring three goals for the Under-23s and coming on as a second half substitute in last Saturday’s 2-1 win over Sunderland.

"It’s perfect to sign now with the season starting this weekend and I can’t wait. It’s a great group of lads and I get on very well with them,” said the forward.

"I used to play in Academy back in Spain, I was born in Barcelona, I then played open age football and I got the opportunity to come to the UK and prove myself and I have been here for three years.

"I made a big sacrifice of leaving my family, I had to learn English, but I have worked hard over the three years and it’s worth it and hopefully there is more to come.

"Playing in the Welsh League was good, to get the experience and adapt to that game as it’s different to Spain. I adapted well and have improved my game.

"I have had experience playing different games with great teams and having trials in the UK. Now I am here and happy to be here."

As well as scoring goals, Sisay said: "My work rate on the pitch is one of the keys to how I play. I like to suffocate teams, be high, get on the ball, get physical if I have to, play and move – a bit of everything and so I can help the teams in many ways.

"I like to get in the box, outside the box I am organised and help the team, my focus is get the ball and pass it and get in the box. Most of my goals last season were like that – all about good movement."

The full first interview video with Alhagi Touray Sisay is available to watch on the club's official YouTube channel, CLICK HERE to find out more! 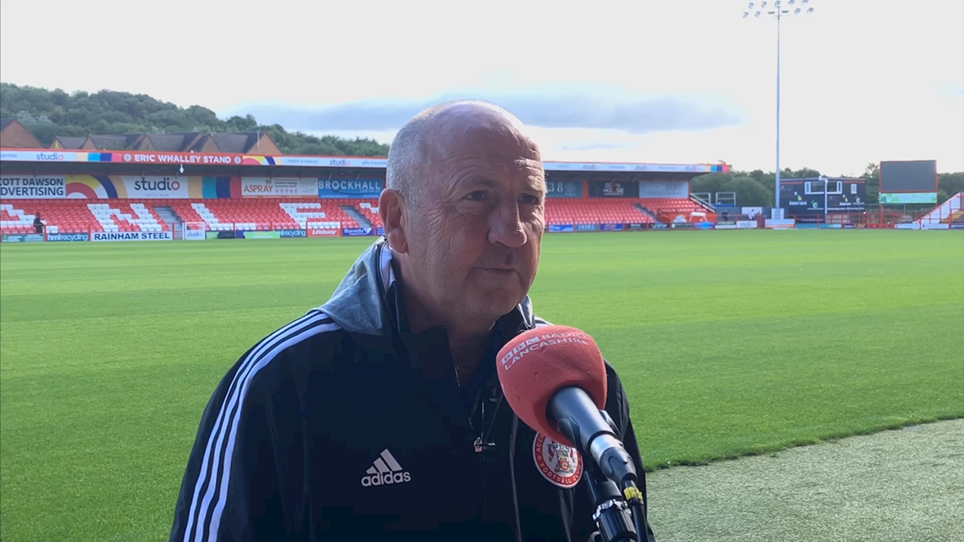