Accrington Stanley have today completed the permanent signing of defender Jay Rich-Baghuelou from Crystal Palace for an undisclosed fee.

The 22-year-old, who was born in Sydney, joined The Eagles in January 2020 after a successful trial period under the tutelage of Shaun Derry.

Having left Gold Coast City three years earlier, he then had spells with Dulwich Hamlet and Welling United.

Rich-Baghuelou was called up to the Australia squad for the delayed 2020 Tokyo Olympic Games, with the defender making his tournament debut against Egypt.

John Coleman said: "I went to watch Jay on Monday against Everton's Under-23s and he was playing against Ellis Simms who did really well for Blackpool at the end of last season, so it was a good test for him.

"He's a lad who's desperate to do well and he ticks all the boxes for what we want. He's hungry, physical, quick, athletic and he can play, so hopefully we can set him on a path to greater things."

Jay, who is 6ft 5", said: "I first heard about the interest from Accrington last week after the game against Everton's U23s and I am over the moon to be here.

"I started off as a striker when I was in Australia and when I first came here and then I moved back to defender with Dulwich and have stayed there ever since.

"I like battling, I like aerial duels, I play on the front foot, I like stepping into the play, I am comfortable on the ball, I have scored a few goals and I hope I will be in the squad for tomorrow."

The full first interview video with Jay is available to watch on the club's official YouTube channel, CLICK HERE to find out more!

The move is subject to Premier League, EFL and FA ratification, with Jay set to wear the number 3 shirt.

Do you want to sponsor Jay?

Our sponsorship packages are priced at £99 for home or away kit, or we offer a deal of £149 for both.


Check out the best pictures from this morning's pre-Sunderland training session. 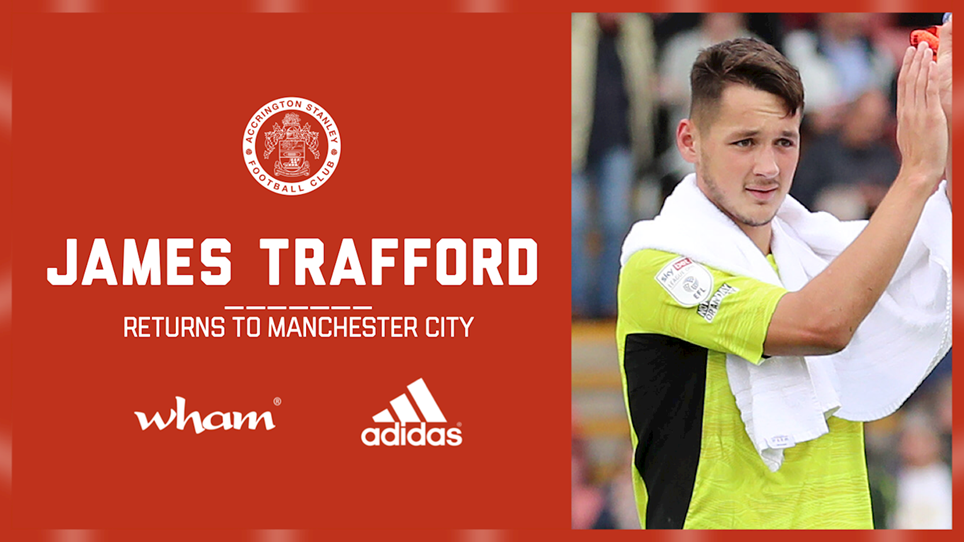 
Accrington Stanley can today confirm that goalkeeper James Trafford has been recalled from his loan spell by Manchester City.