John Coleman admits he is down to the bare bones of his squad for Saturday’s trip to MK Dons.

Top scorer Dion Charles came off injured in the defeat to the Gas and it leaves Coleman with limited choices, especially in the forward line-up.

“It’s probably easier to say the ones who are available, it’s draining thinking about it,” said the Reds boss.

“I have had a bit of time to stew over Tuesday and came to conclusion that we will train hard today, get our shape right as that’s what really enhances us, work through the video and then we formulate a plan.

“But then I came in this morning and four or five aren’t able to train anyway. That’s one of the problems you face as a manager.

“We pride ourselves on our attention to detail, attention to how we work in shape, patterns of play and how we are going to combat the opposition and all that goes out the window if you can’t do it.

“If you count the 23s, and we have to use them in our squad, if you count everyone registered in the first team we haven’t got a fit forward in the building at the moment.

“That’s seven if you count Tariq (Uwakwe) as a forward player. Paul Smyth will hopefully be ok for Saturday and we are hoping Colby (Bishop) will be fit and then you are going to have to maybe play Sean (McConville), Adam (Phillips) or Jonny (Russell) again up front.

“It’s difficult but we have been through worse times than this, other clubs are in worse situations. I remember the days when we didn’t know if we were getting paid, it’s not doom and gloom and it’s still the right time to be involved Accrington Stanley.”

Coleman won’t be able to assess his squad until tomorrow but he says he won’t use the injuries as an excuse.

“When the injuries mount up, it’s part and parcel of the game. The way football has gone this season, with less preparation time, then having so many lads out with Covid at one time, having games postponed means you are playing Saturday-Tuesday – and I don’t mind playing Saturday-Tuesday every week – but when the physical demands, when you are pushing for something, you have to work hard and you play the style of football we play, it’s bound to take its toll.

“We have to get through it as we are not the only team in this situation. It’s easy to sit back and say ‘woe is me’ but we have got to not feel sorry for ourselves, realise everyone is in the same boat and we are lucky to be involved in a professional football game. I think it’s more as a glass half full and not half empty.”

Coleman may have to call on Liam Isherwood, Harry Perritt, Dan Martin and Tom Scully, all Under 23 players, who were on the bench on Tuesday.

“They are good lads, good footballers and they wouldn’t be at the club if they aren’t great footballers. I think Harry would have had a great chance of breaking through this year had he not had the terrible injury at the start of the season. If I need them, I know I can count on them.”

MK Dons had a good run at the turn of the year with four league wins in five games but haven’t won in five, with four defeats in their last five matches. They are 16th in the league table, eight points behind the 10th placed Reds having played two games more.

Stanley beat them 2-1 in December, with a double from Charles.

“Russ (Martin) has done really well there, he has stamped his brand of football on them. The best way to do that is to have success and sometimes you have to go through a bit of pain to get success at the end of it. He has stuck to his guns, he still plays the same way, win lose or draw, and it’s good to see people being brave.

“It’s never a good time to play any team as football is a funny game. MK Dons are far better than their league table position suggests.

“Little moments in game can go for or against you. If you look at the first goal from Tuesday night for Bristol Rovers, if any one of four people had done something different they wouldn’t have scored, things happen like that.

“What we have to do is galvanise the players again and learn from Tuesday as we are disappointed with the result and the way we played.

“Mark Hughes made a comment on the coach afterwards saying ‘it’s the worse we have played since he has been here.’

“That says something as I have seen us play badly over the years!

“But I know we have the character to pick ourselves up, we will look at what went wrong and try and make sure it doesn’t happen again.”

INTERVIEW: Coley's reaction on the defeat to Rochdale 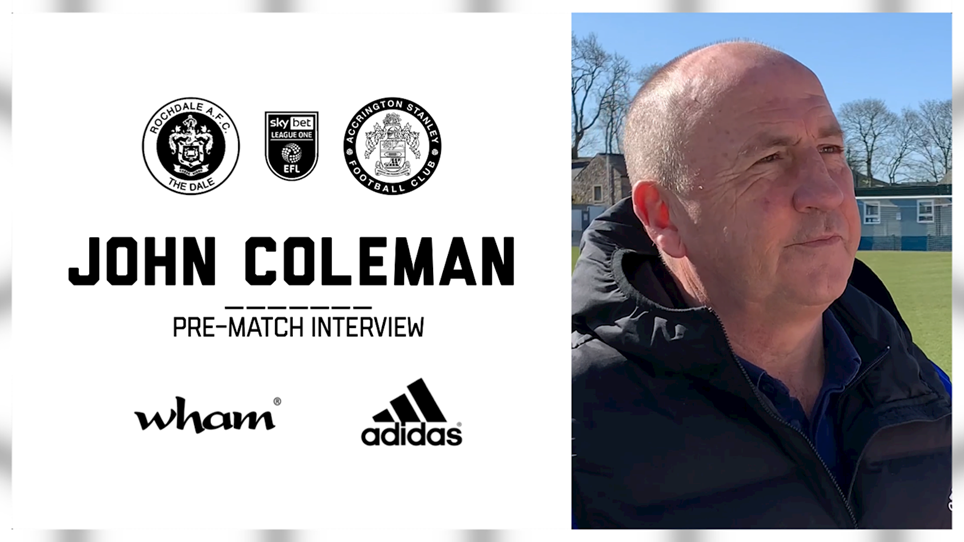 
John Coleman wants his Accrington Stanley team to show their attacking prowess when they make the trip to relegation-threatened Rochdale on Saturday (ko 12.30pm). 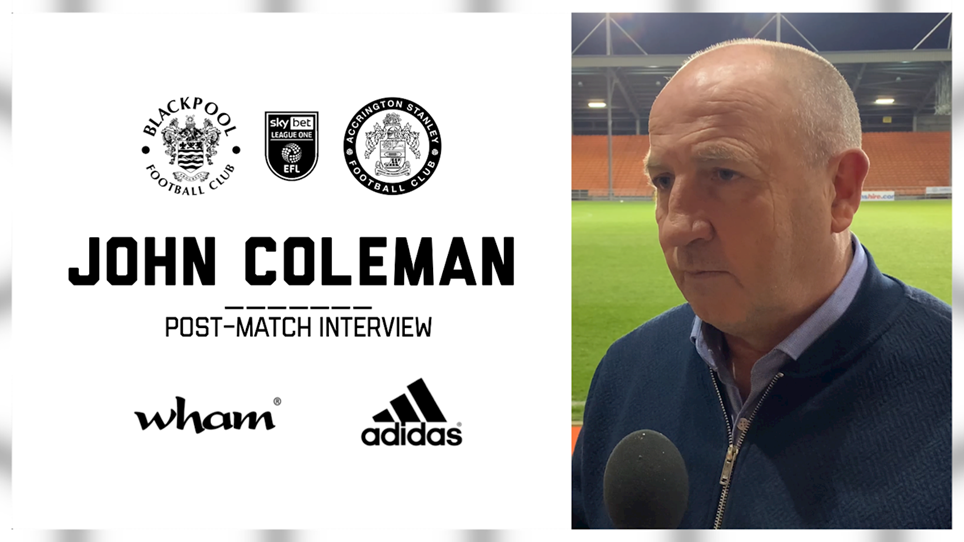 INTERVIEW: Coley's reaction on the draw with Blackpool 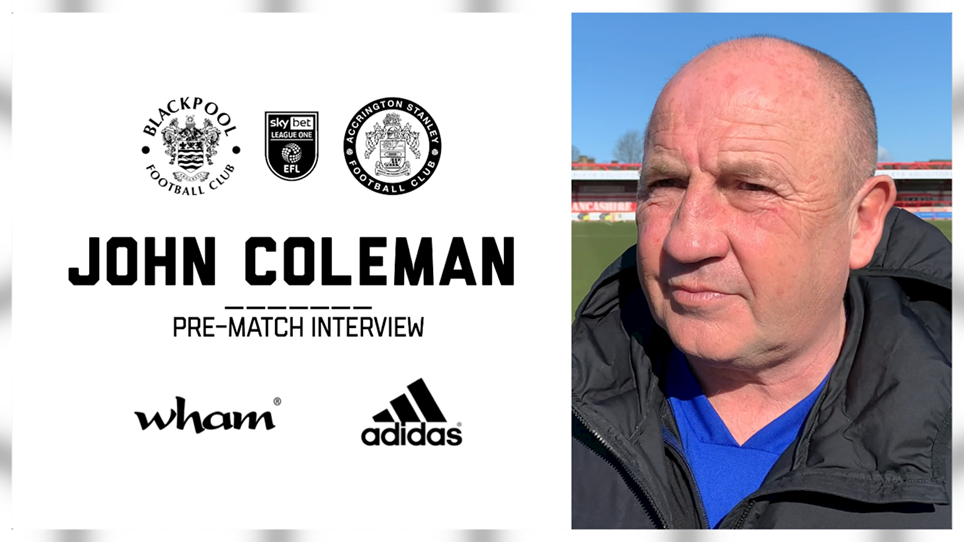 
Accrington Stanley boss John Coleman is desperate for his side to get back on track – but the Reds couldn’t have a tougher game than a trip to Blackpool.