Ten-man Accrington Stanley couldn’t find the back of the net as they chalked up a goalless draw with Northampton Town.

After scoring six against Bristol Rovers on Tuesday night, the Reds were unable to make a chance count with the Cobblers proving a stern test.

Joe Pritchard was sent off for the Reds on 85 minutes for two bookable offences.

Adam Phillips, on loan from Burnley, came into the midfield to replace the injured Matt Butcher while Stanley’s other deadline day signing David Morgan was on the bench.

The Cobblers started well, Jack Sowerby forcing a strong save from Stanley keeper Nathan Baxter in the first minute.

The visitors were forcing the early pace although Phillips did get end of Colby Bishop’s ball forward, testing Jonathan Mitchell, but the whistle had gone.

Baxter had to tip over a header from Peter Kioso while Fraser Horsfall had a goalbound attempt blocked for Northampton and a stretching Danny Rose fired wide.

On 22 minutes, Stanley had a good chance when Phillips played a ball into the box which took a deflection but Tuesday’s hat-trick hero Dion Charles could only find the side netting.

Northampton however continued to press and Sam Hoskins did well to beat two Stanley players and race into the area but his final shot was collected by Baxter.

Coleman made a chance with defender Cameron Burgess replacing Tariq Uwakwe on 27 minutes.

However Northampton had the next chance with Ryan Edmondson heading over while, at the other end, Burgess blasted the ball from distance and Mitchell had to save well.

Edmondson broke for Northampton and played a dangerous ball into the box with Hoskins rushing in but Michael Nottingham managed to clear with the clash goalless at the break.

Striker Rose tested Baxter immediately after the re-start while a Joe Pritchard ball in was easy for Mitchell.

A timely tackle from Cian Bolger stopped Charles having a clean run at goal as both sides looked for the breakthrough.

Stanley came close on 64 minutes when Pritchard’s backheel found Bishop in the area but his shot was narrowly side of goal.

Phillips had a volley blocked on 71 minutes while, at the other end, a backheel set up Sowerby with ten minutes to go but thankfully his strike took a deflection.

Kioso stopped Stanley sub Paul Smyth having a clean shot on goal as it became frantic near the end.

Pritchard had been shown a yellow card on 71 minutes and a tackle on Hoskins led to a second with Stanley playing the final five minutes plus five minutes of injury time with ten men. 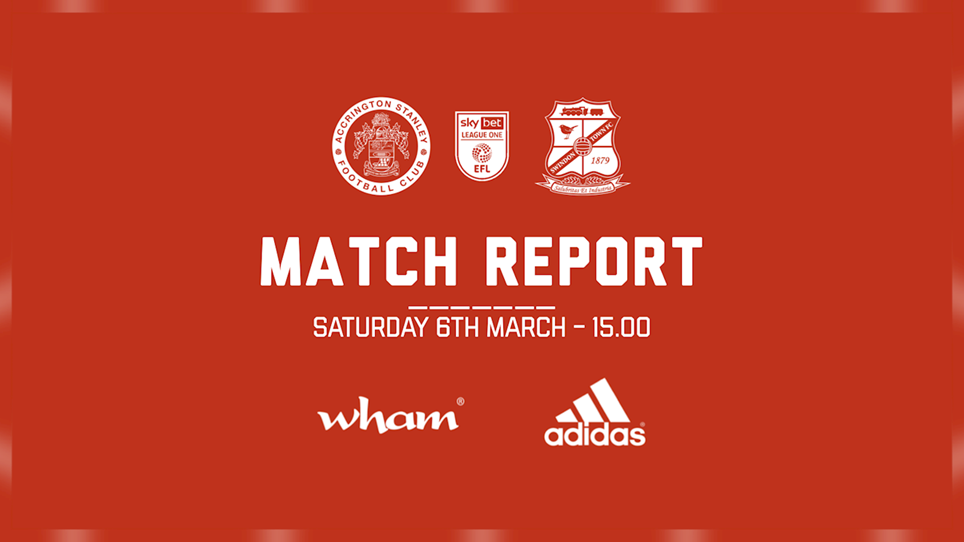 
Goals from strikers Dion Charles and Colby Bishop helped Stanley chalk up their first home win since February 2nd and moved them back to the fringes of the promotion places. 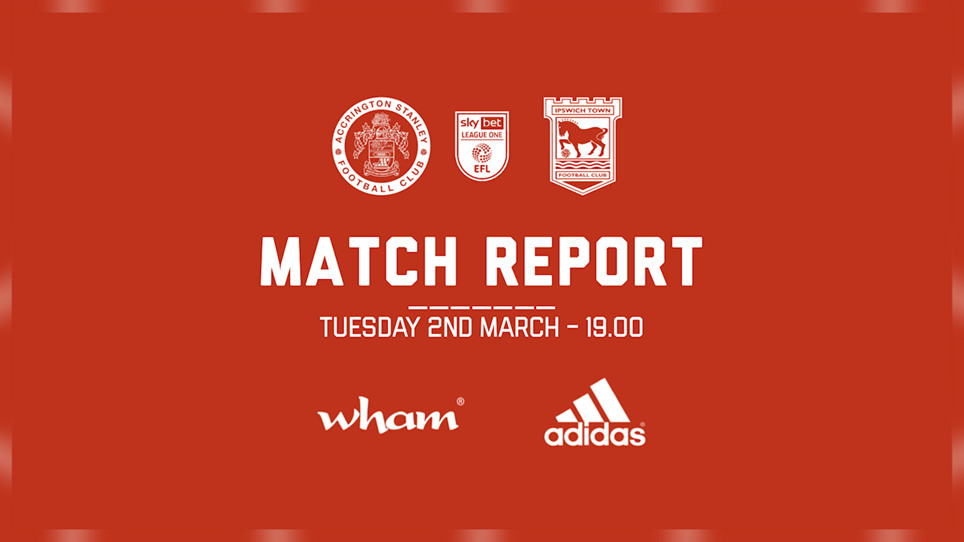 
Captain Seamus Conneely was shown a controversial red card in the 16th minute as Stanley lost to Ipswich Town. 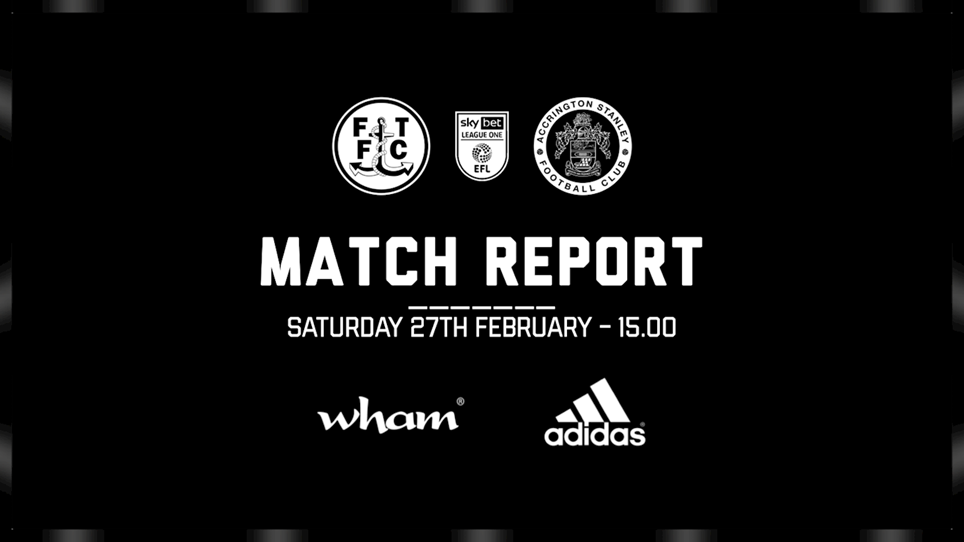 
Nathan Baxter superbly saved a penalty 12 minutes from time as the Reds left Highbury Stadium with a point in the Lancashire derby.


Ten-man Accrington Stanley suffered a 2-0 loss at Crewe Alexandra but remain in seventh spot in League One.