Accrington Stanley will test their promotion credentials when they face League One table toppers Lincoln City on Saturday.

Michael Appleton’s side are setting a fast pace with one defeat in their last nine league games and they have also the meanest defence in the division.

The two sides drew 0-0 at the Wham Stadium in the league while the Imps overcame Stanley 4-0 in the EFL Trophy knock-out stages. Jorge Grant leads their scoring charts with 10 goals and eight assists.

The Reds lost their last game, a 1-0 defeat to Plymouth on Tuesday, and John Coleman knows the dangers the Imps pose.

“It’s a good test for us, we know what they can do, we will be prepared and will do our best to win the game, we won’t be going there for a draw,” said the Reds boss.

“I think people are realising they won’t get an easy game with Accrington.”

Coleman refused to get too downhearted with the defeat to the Pilgrims where Stanley created a lot of chances but just couldn’t put the ball in the net.

“Seamus Conneely’s performance against Plymouth was up there with one of the best midfielder’s performances ever seen at Accrington.

“I have tried to be calmer in my approach, I didn’t feel the same way as I would have done years ago when we have lost.

“Ben Barclay hasn’t meant to make that mistake, the lads haven’t meant to miss the chances, their keeper has had an inspired game and you have got to study how we played – and we played well.

“When you look at the results around us you think we have missed a real chance to be in there and cement our place but it hasn’t done that much damage.

“I have come away feeling comfortable that we are going in the right direction, we are playing well and we are an improving team.

“We are a work in progress, the players are still learning each other and the methods. When we get it right, we are good, we just have to keep playing at the top of our game.”

Joe Pritchard returns after a one-game ban while Sean McConville sits out the second of a four-match ban.

“Having Joe back boosts competition for places. We need everyone available.

“The good thing is we are all striving for the same thing. Cameron Burgess lost his place on what I thought was a harsh sending off against Hull but his attitude around the lads was fantastic and I said that too him.

“The way the feeling is around the place, he wants to support the team, he wants them to do well and he wants to play and he came in the other night and was fantastic.

“That’s what we have got. They all want to play but the goal is for the team to win games and the squad, the club and everyone can play a part in that.

“Nathan Baxter set the bar high. He came in with a big reputation from Chelsea, he couldn’t get in because of Toby Savin’s unbelievable form at the start of the season.

“Toby didn’t do much wrong to lose his place, but Nathan never complained once, he was always first in last out, a model professional and that’s rubbed off onto a lot of players and that’s refreshing.

“We have got good senior pros like Mark (Hughes) and Seamus, the way they train, the way they look after their bodies and they are getting the longevity out of their career.

“Gary Roberts has come in and he is a model pro and wants to do things well. It’s a good mix and balance and players are wanting to push each other on and they are setting a good example to each other.”

Coleman has switched formations in recent weeks and the Reds boss said he will decide on the merit of each game.

“We have different options at our disposal, we can feel comfortable using four or five different formations that we have used this year already and we work a lot on shape, the players are comfortable with it.

“Formations can be over-rated. If you have got 11 players up for the game, you can play any way and that’s the ethos we instil on the players, they all do their jobs.

“When we get it right it’s like we have 13/14 men out there as everyone is looking after each other.”

Meanwhile, he is urging his side to keep calm after both the Reds and Northampton were charged for a coming together after the 85th minute dismissal of Pritchard last Saturday in the goalless draw.

“You can’t lose your head, we know in the heat of the moment things happen but we shouldn’t do it.

“It’s not really a mass brawl, it’s a coming together of people arguing and a couple of shoves, nothing out the ordinary but we have got to keep drumming home to the players we can’t do it.

“Hopefully, the authorities will see it wasn’t that dramatic.

“Referees are only human, they make the least mistakes on the pitch of anyone but unfortunately it has the biggest impact on what we do and the results of games and that’s why frustrations boil over.

“In the cold light of day referees are just trying to do a job like everyone else.”

Ryan Cassidy and Gary Roberts are still out with short-term injuries while Ross Sykes, Mo Sangare and Lamine Kaba Sherif have long-term injuries. 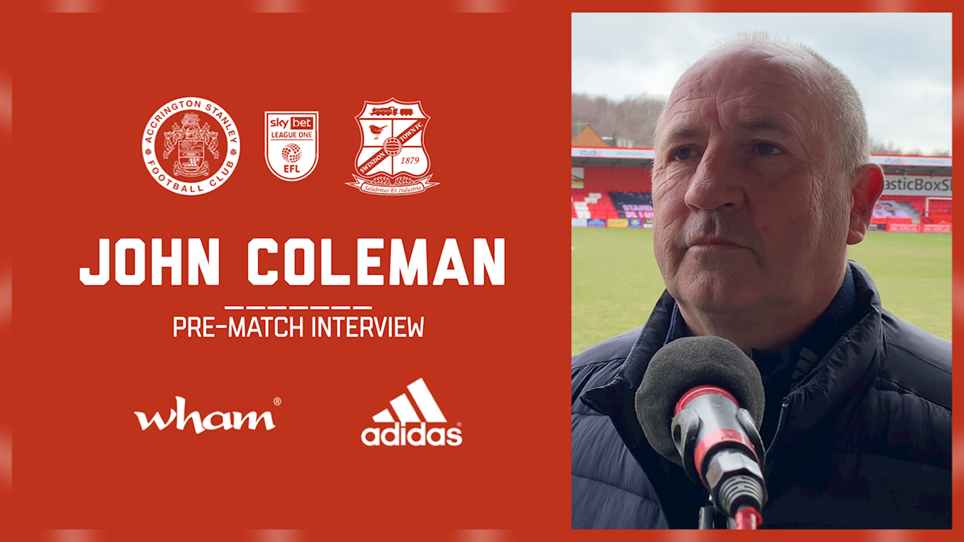 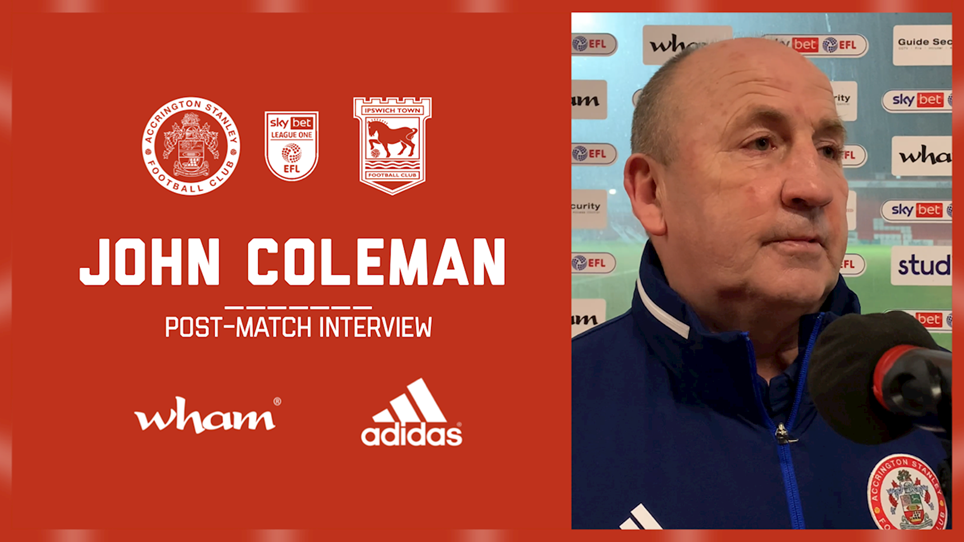 INTERVIEW: Coley's reaction on the defeat to Ipswich