Accrington Stanley boss John Coleman is looking to make it three League One wins on the bounce when AFC Wimbledon visit the Wham Stadium tomorrow night.

The 13th placed Reds have been boosted with victories over Lincoln and Fleetwood and are looking to move up towards the Play-Off places.

The Dons, in 17th place, are six points behind Stanley with two games in hand.

The Stanley boss knows this season has been stop-start for the Reds and is desperate to build momentum.

He said: “Getting on a run is the hard part, staying on it is easier than halting a slide.

“The confidence we will have gained from scoring five goals on Saturday should be good.

“We know there are areas to improve and we will try and iron them out and strive to be better.

“If you can get on a run, you don’t have to worry about what’s below you too much and that’s our prime concern at the moment.

“There were some errors on Saturday but there were plenty of good things. We scored some unbelievable goals and that’s something we need to build on and do more.

“It’s the first time this season we have won by more than one goal and it would be nice to do that more often.”

AFC Wimbledon, managed by Mark Robinson, are in a tightly packed mid-table.

Coleman continued: “I have seen quite a bit of Wimbledon, they have got some good players and are very efficient from set-plays.

“Wimbledon are up there with the most goals scored from set-pieces and we are second with the least conceded from set-plays so it should be a good challenge.

“You have to be on your mettle on all aspects of the game but particularly set-plays where you can get yourself more organised and concentration is key.

“We have been punished a lot this season, we have conceded a lot of goals, and many have been individual errors, from positional play or players going to sleep at unfortunate times, and it’s an ongoing battle for us.”

Midfielder Liam Coyle scored his first league goal against Fleetwood after being released from Liverpool and signing for the Reds in the summer.

“It’s shows the benefit of the 23s. I have probably sacrificed two first team players in the squad to fund the 23s and without them we would have struggled this year.

“It’s good they have been regularly playing and keeping up fitness and champing at the bit to get in.

“Liam has done well since he came in, there is a bright future ahead of him.”

The Reds are still without Joe Pritchard and Matt Butcher with both expected back in a couple of weeks to help with the busy festive schedule. 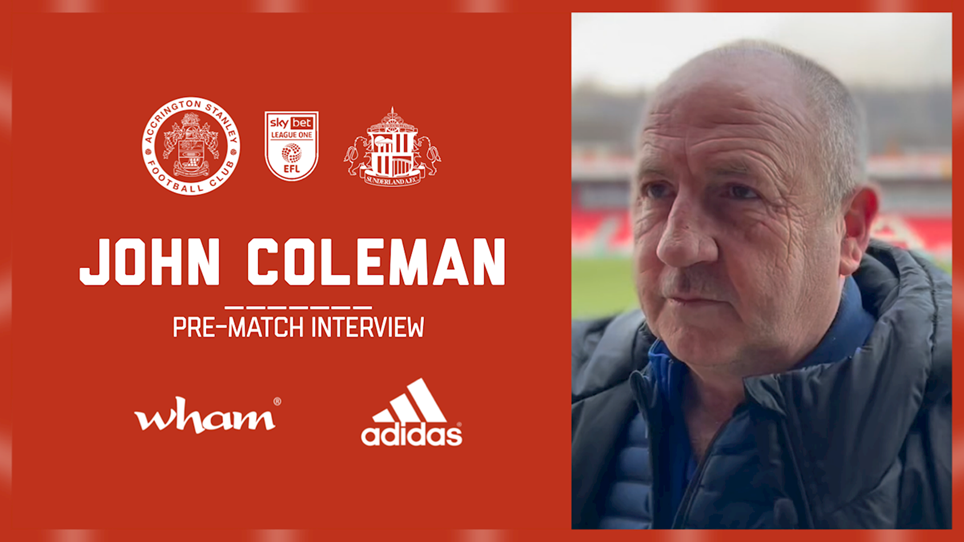 
Accrington Stanley are looking to go on the attack and break their duck against Sunderland with a bumper crowd expected at the Wham Stadium on Saturday.