John Coleman admits it’s a struggle to know which Accrington Stanley side will take on Doncaster Rovers tomorrow night.

The Reds have been superb at times this season, most notably at Oxford and Blackpool recently, but have also suffered some disappointing results, including a 5-1 loss to AFC Wimbledon and Saturday’s 3-1 loss at Rochdale.

Doncaster, after five successive losses, beat Shrewsbury on Saturday to jump to tenth place in the league while Stanley are now 13th – two points behind Rovers and Andy Butler’s side have a game in hand.

“We have got to take this factor out where we are tossing a coin and hoping. We have got to start being consistent in what we do.

“I know it’s been a long season but it’s a long season for everyone so we can’t use that as an excuse. Ok we have probably had more Covid cases than any other team but it’s happened, we can’t do anything about what’s happened in the past, we can only influence what goes on in the future and that’s what we have got to try and do.

“We have got to analyse where things are going wrong. It was very evident where things went wrong on Saturday, the players will be told today and we will put things in place to try and avoid it again.”

Coleman can’t put his finger on why his side have struggled in the last ten games – the Reds have won two and lost six, slipping away from the Play-Off picture. They also have the worst defensive record in the top 15.

“It’s inexplainable why our defence was so solid against Blackpool and then not against Rochdale. The more you think about it, the worse it gets for you.

“You need a little bit of luck and we didn’t get that on Saturday with a disallowed goal at 1-1 but we have got to defend better.

“It’s not as if these players aren’t capable of defending because you know they can and they have proven it time and time again.

“You just have to eliminate the sloppy mistakes we are making and retain the ball better. For 20 minutes, Rochdale gave us a lesson in how to handle the ball and that shouldn’t be the case, not with the quality we have in the team.

“Better players make better decisions, they get them right more regularly, they make them earlier and we have got to be striving to make our players better, make good players better.”

Coleman said it might be back to basics for his side in the final five games of the campaign.

“We have to try and focus on what we are good at. What’s made Accrington such a strong entity in my time here has been high level of work rate, a high press and being able to pass the ball and we are not going to get away from it, that’s our blue print and that’s what we have got to stick to.”

Apart from the longer term injuries, Coleman has no fresh injuries within his squad but admits he may give some of the younger players a chance.

“We are going to have to see the younger players at some point and that will certainly be the case before the end of the season.

“If you can get two players through the Academy every couple of years that’s great but you have to give them opportunities and some of them will get opportunities.

“If you are good enough you are old enough in my opinion, some of our lads have got to improve and they know that, they don’t need to tell me that.”

And the Reds boss is hoping tomorrow it’s the ‘good’ Stanley side who turn up.

“I am looking forward to the game, they had a good win at the weekend after having struggled in recent months so it could lend to a good game. We seem to be the masters of the bounce back and hopefully that’s the case tomorrow.” 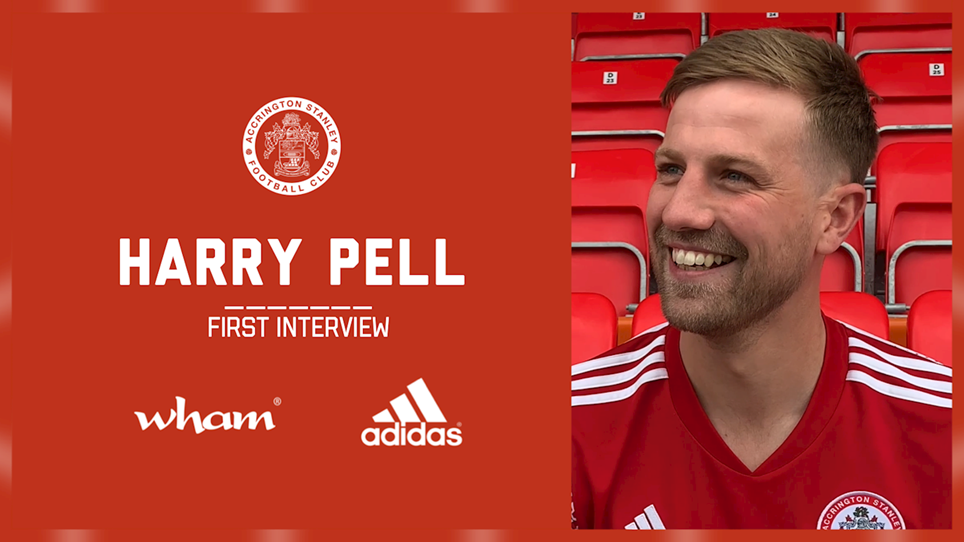 
Midfielder Harry Pell is the first signing for the 2021/22 season – and he joined Accrington Stanley thanks partly to a conversation with former striker Billy Kee! 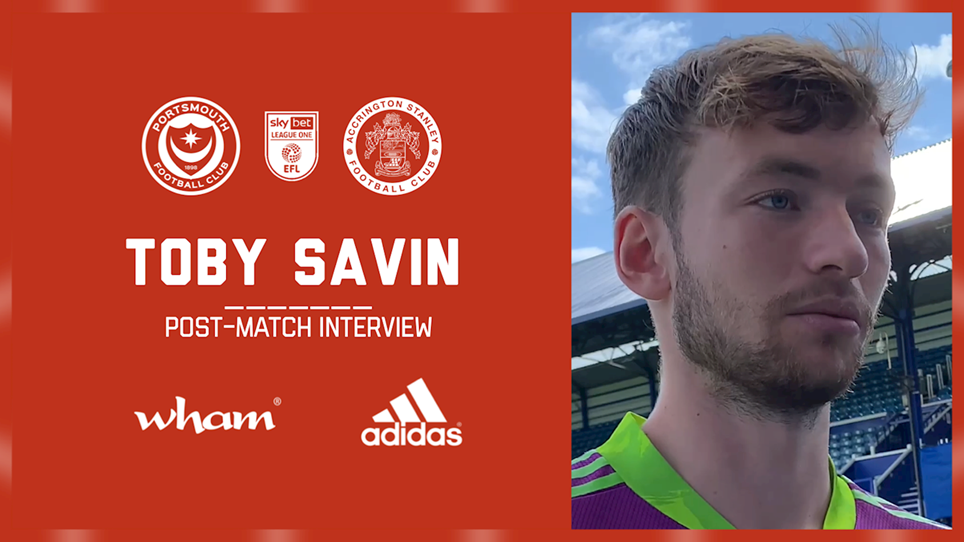 INTERVIEW: Savin's reaction on the win over Portsmouth 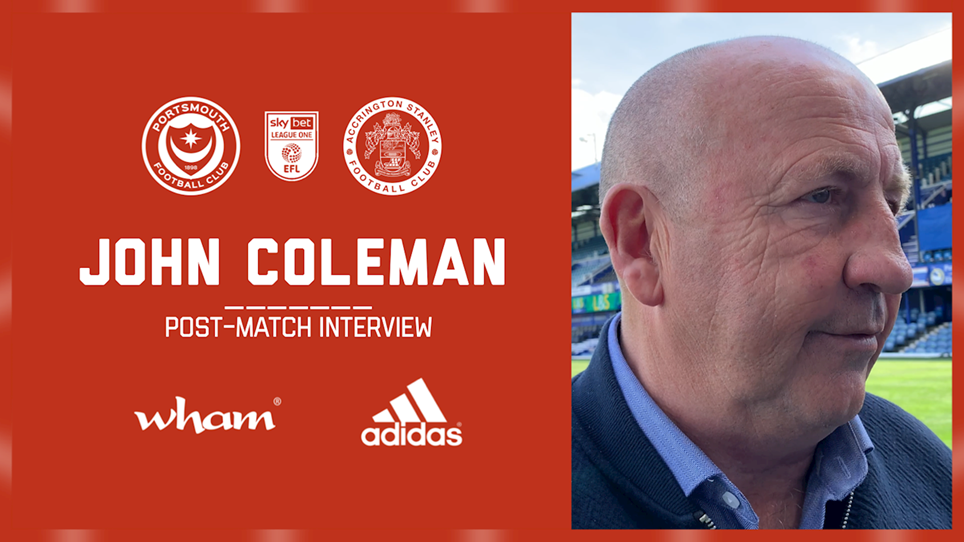 INTERVIEW: Coley's reaction on the win over Portsmouth 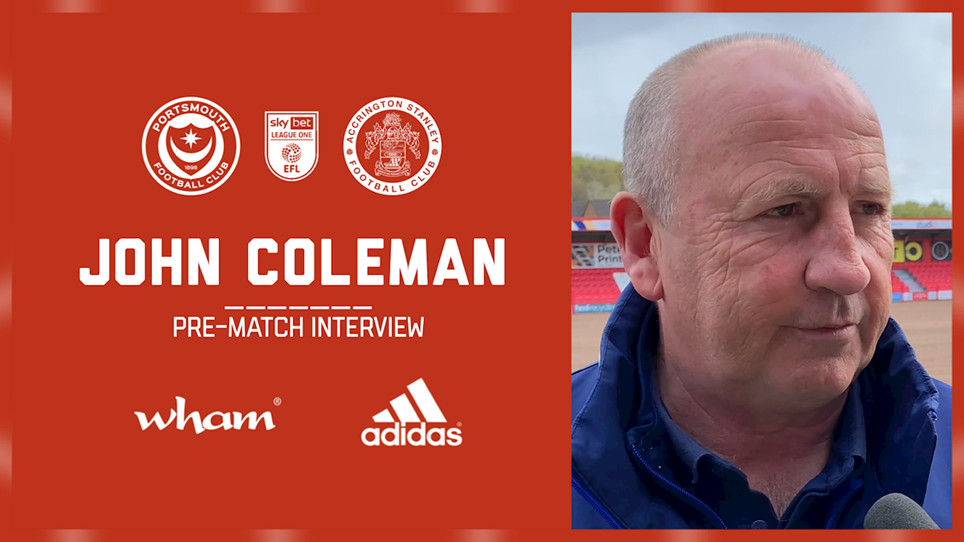 INTERVIEW: Coley on the final day trip to Portsmouth


Accrington Stanley go into their final game of an unusual League One season ready to show the Sky television viewers what they are all about.