Midfielder Pell rifled home a Sean McConville cross for his second goal of the campaign and a vital one after a four-game winless streak for the Reds.

The Tractorboys had taken the lead in the first half but it was a strong show in the second half with Colby Bishop equalising before Pell’s late winner.

Toby Savin was selected in goal for the Reds while Pell returned to the starting line-up. Defender Ross Sykes was suspended after five bookings.

McConville had the first chance on 10 minutes after a cagey opening but the winger blasted the ball into the Ipswich fans behind the goal.

There wasn’t a shot on target until the 38th minute when Bersant Celina fed Macauley Bonne who was one-on-one with Savin and stroked the ball past the stopper to give Ipswich the lead.

Savin was first in action in the second half, denying Scott Fraser after he weaved his way into the area.

But then Stanley found their feet and they equalised on 50 minutes when Yeboah Amankwah’s ball into the area was flicked on by Pell to Bishop who turned and fired low into the next for his sixth goal of the season, in all competitions.

The home side continued to press and Michael Nottingham rifled an effort over the bar while keeper Vaclav Hladky had to push Bishop’s long range strike over the bar on the hour mark.

Sam Sherring headed just wide from a McConville corner and then Stanley took the lead with 11 minutes to go.

McConville’s ball into the box was dived at by Matt Butcher and an Ipswich defender but it fell to Pell who rifled his effort home – cue a planned celebration with McConville! 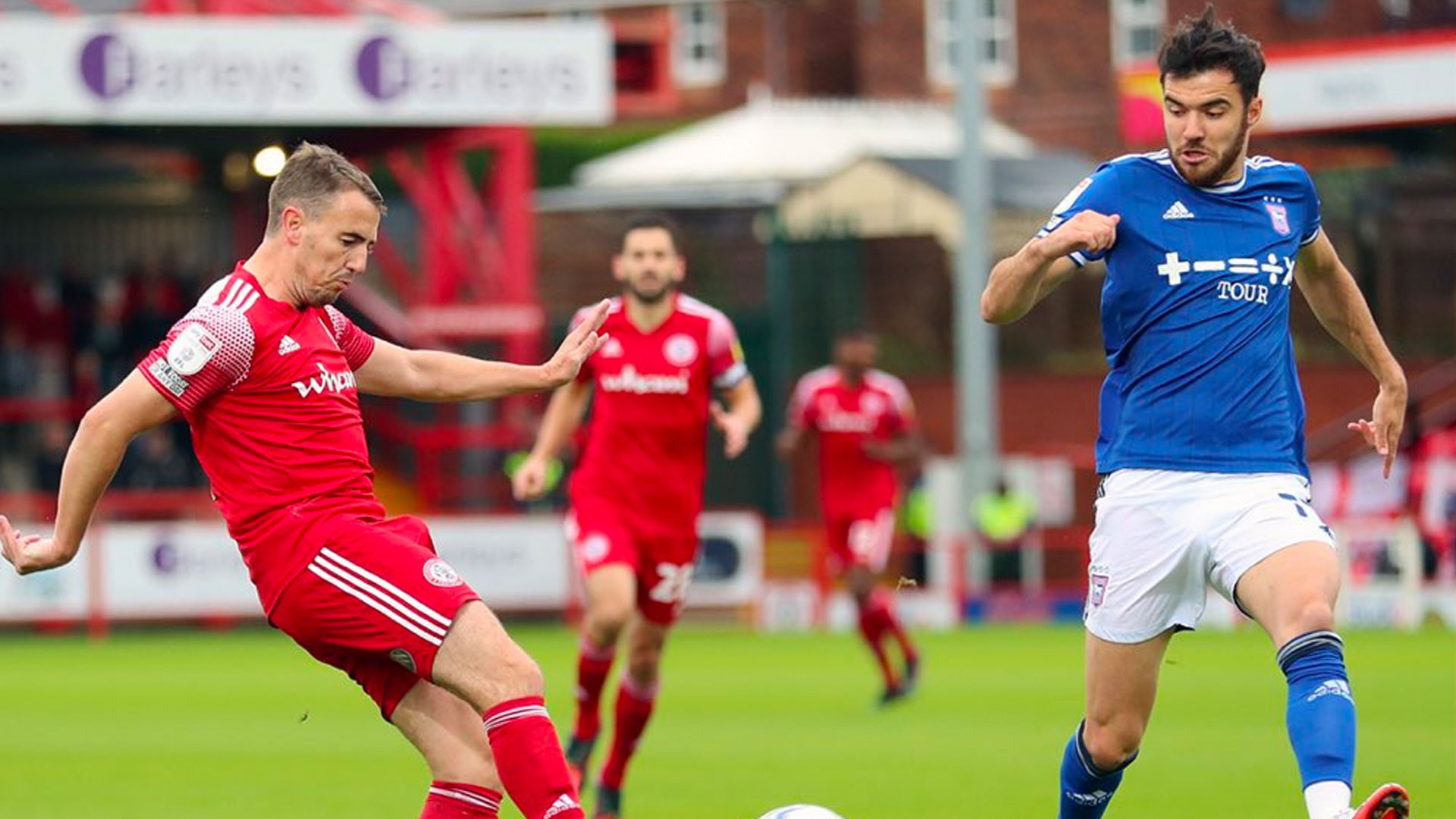