Lewis Mansell and Joel Mumbongo were on target but couldn’t stop Accrington Stanley suffering a narrow 3-2 loss to Sheffield Wednesday.

The Owls were 3-0 up inside 22 minutes but the Reds showed terrific character as Stanley came so close to clawing back the deficit, Bailey Peacock-Farrell superbly denying Harry Pell an equaliser.

It was agony for the Reds although James Trafford also had to be at his best to keep out the Owls in the second half.

Former Red Josh Windass was on the bench for the Owls, as he returns from injury.

Pell had a great chance with just two minutes on the clock but his 20-yard strike was centimetres wide of the post.

At the other end Harvey Rodgers cleared Jack Hunt’s close range strike off the line and Florain Kamberi had the ball in the net but it was ruled out for off-side on six minutes.

The Owls took the lead on 13 minutes when Barry Bannan’s corner found Chey Dunkley who was stooping at the far post and placed his header into the bottom corner of the net.

Michael Nottingham had a header kept out by Peacock-Farrell at one end and then Bannan’s shot was across the goal and wide at the other.

It was two on 20 minutes when Sheffield Wednesday broke on the left and Liam Palmer fed Theo Corbeanu in the area and he raced forward and smashed the ball past Trafford.

Number three came two minutes later, Florian Kamberi getting the ball in the area from Palmer and looping it over the Stanley keeper.

Stanley got one back on 33 minutes when McConville’s corner found its way to Mansell, and his overhead kick hit the back of the net.

However it then needed a superb save from Trafford to deny the Owls a fourth when Callum Paterson raced through on his own but the Stanley keeper denied him.

Coleman brought on Burnley loan striker Joel Mumbongo at the break but it was the Owls who had an early chance, Paterson firing across goal and narrowly wide.

However Mumbongo then made a chance count on 53 minutes. After a spell of Reds’ pressure, the Burnley loan striker got the ball to the right of the area, turned and fired goalwards, the ball hitting the roof of the net for his second league goal.

Then it was agony as Stanley came so close to an equaliser, Pell’s 25-yard free kick was superbly kept out by Burnley loan keeper Peacock-Farrell on 62 minutes.

The Reds were pressing in the second half, forcing a number of corners, but the Owls were dangerous on the break, Trafford fantastically denying Lee Gregory when he raced through.

Gregory again raced forward but Paterson couldn’t connect with his cross almost on the goal line and Jaden Brown burst through but was denied by Trafford.

Stanley piled on the pressure in the final minutes but couldn't find the equaliser in five minutes of added time. 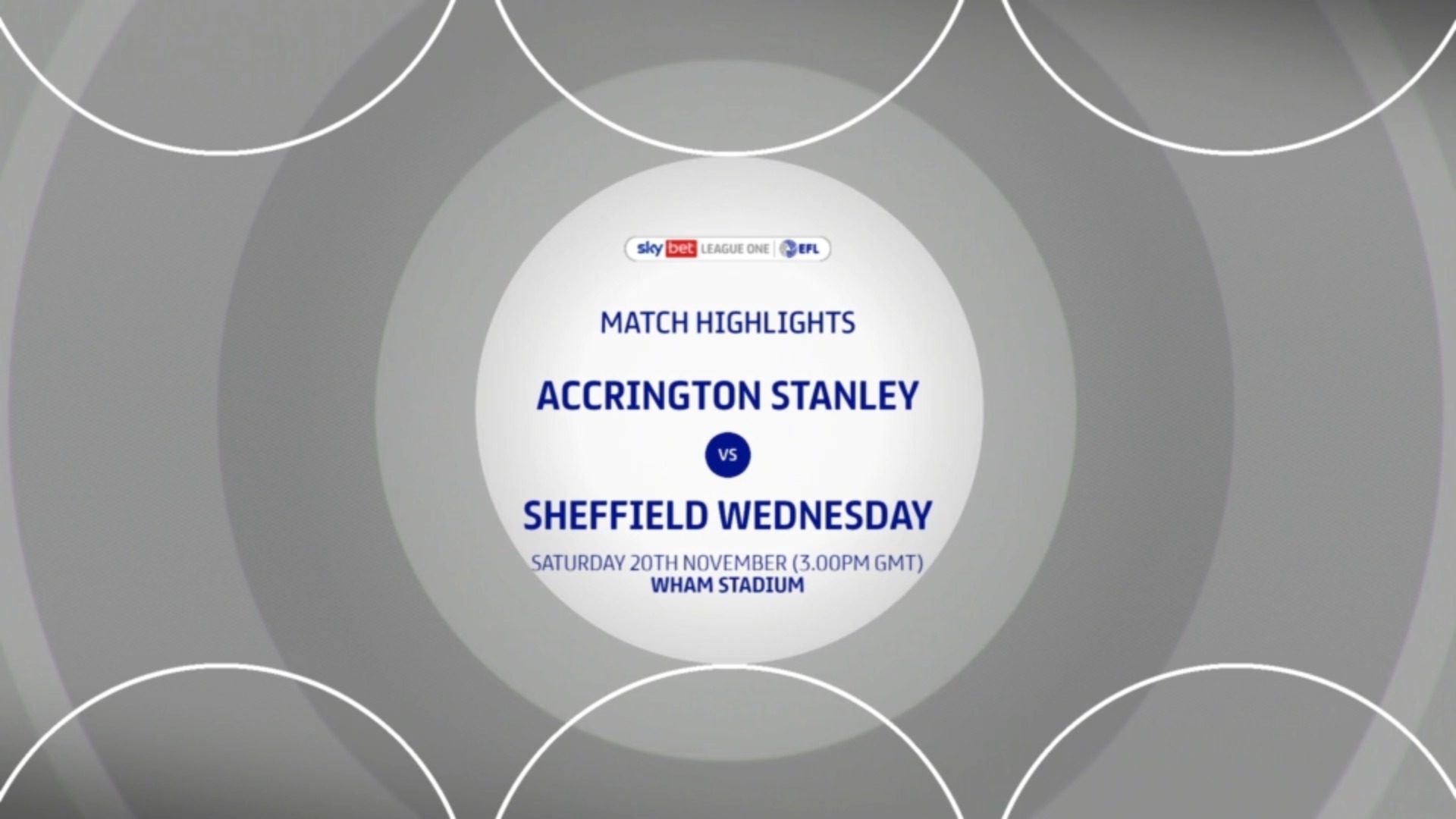