Accrington Stanley won the Papa John’s Trophy Group G match 5-4 on penalties after a 2-2 draw in full-time over League Two side Barrow.

Colby Bishop scored a double in the game before he slotted home the first penalty with Michael Nottingham, Tommy Leigh, Toby Savin and Tom Scully all scoring their spot kicks.

Josh Gordon hit the crossbar with Barrow’s final kick to give Stanley two points in their first group game of the competition.

John Coleman gave a number of his squad players a start while defender Yeboah Amankwah, signed on loan from Manchester City on Friday, made his Reds debut.

There were limited chances in the opening 22 minutes with Barrow then having the first real opportunity as, from a corner, captain Mark Ellis headed back into the area and a header from Jason Taylor hit the top of the crossbar.

Stanley then forced a couple of corner kicks but couldn’t make the most of them.

Stanley opened the scoring on 31 minutes when Mitch Clark burst forward, forcing a strong save out of Scott Maloney but the keeper could only push it out to Bishop who fired home.

Leigh came close to adding a second on 41 minutes when he got the ball in the area but Maloney denied him.

Michael Nottingham came on for the second half, replacing Amankwah.

Barrow equalised on 49 minutes when, from a George Williams corner, Patrick Brough flicked it on and Festus Arthur headed home from close range.

Their lead was short lived though as a minute later the Bluebirds failed to clear their lines and the ball found Bishop around eight yards out and he volleyed home his second of the night.

Barrow came close to levelling again on 62 minutes when a long throw found the head of Taylor but  Savin got down well to deny him.

It then needed a goalline clearance from Sam Sherring to again keep out the League Two side as Williams got the ball in the area, with Savin beaten, but the defender was there to slide the ball clear.

Dylan Moonan came on for his Stanley debut, replacing David Morgan in midfield, but it was Barrow who struck next when they were awarded a penalty for what referee Chris Sarginson felt was a foul by Scully on Taylor. Ollie Banks sent Savin the wrong way on 72 minutes.

Stanley pressed for the winner, Clark raced into the area and fired wide while Bishop had two excellent chances to seal it in the final 10 minutes – and celebrate a hat-trick – but both times his close range headers were superbly kept out by Moloney.

And so it went to penalties as Stanley celebrated the win. 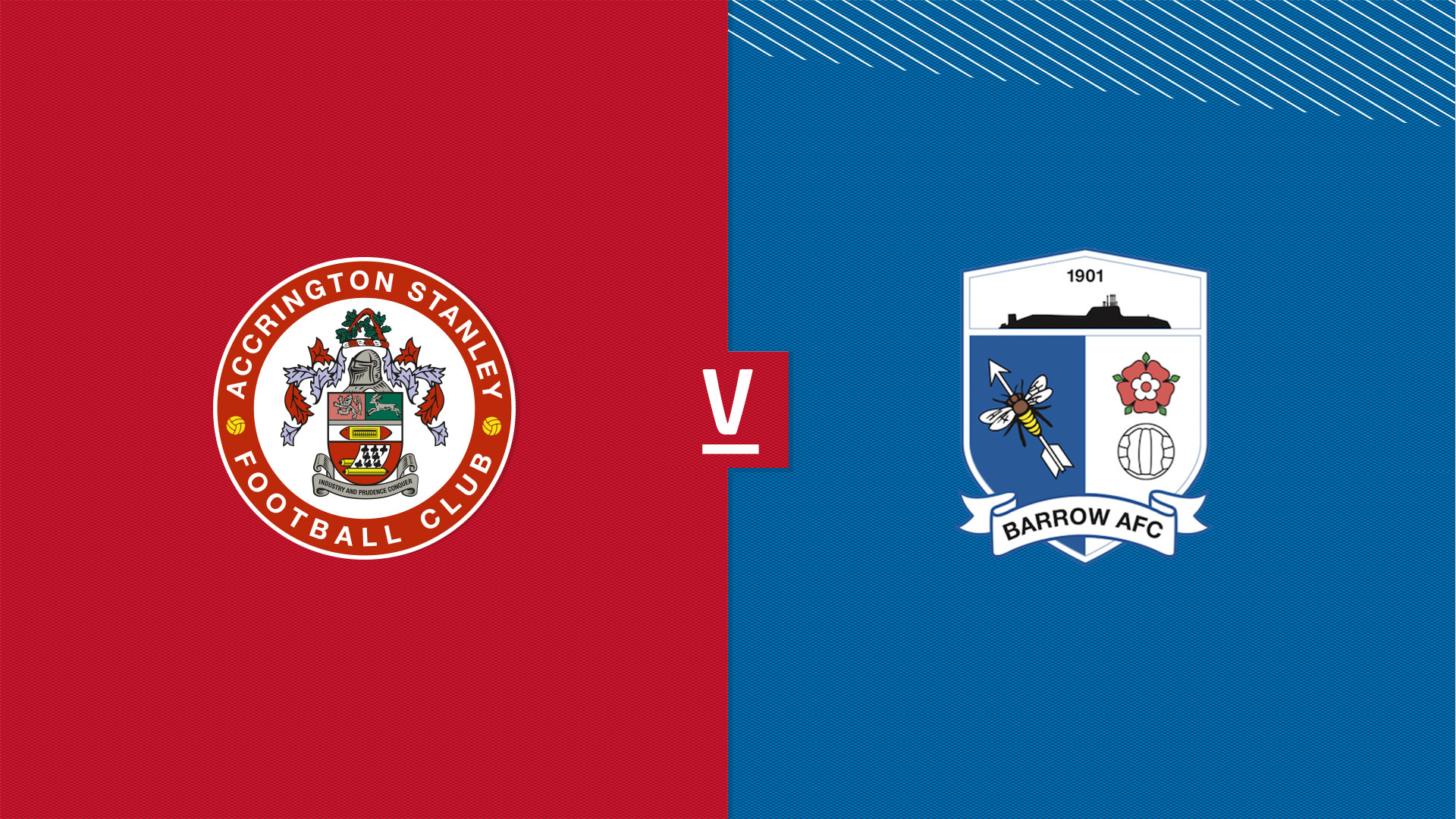 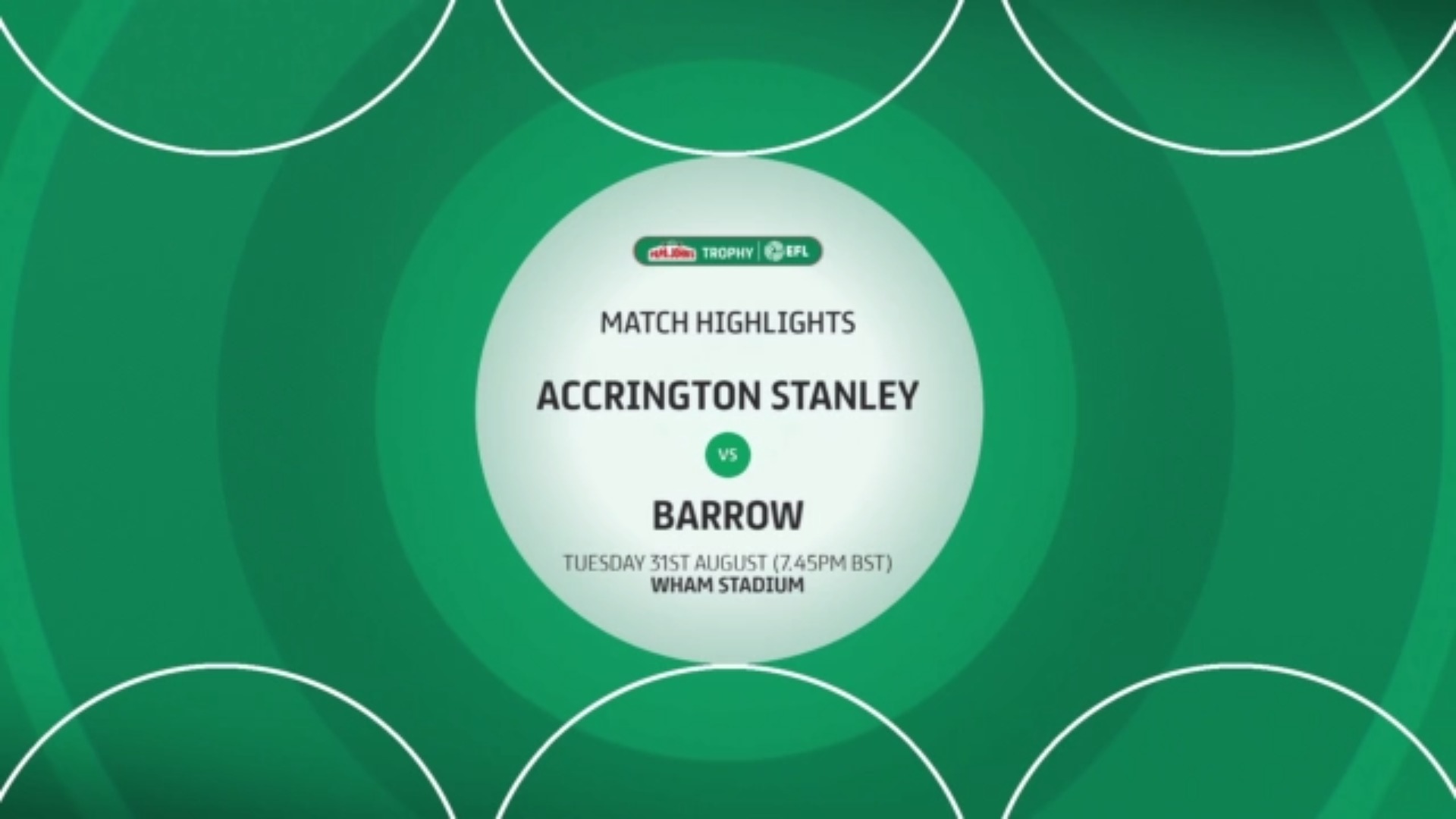 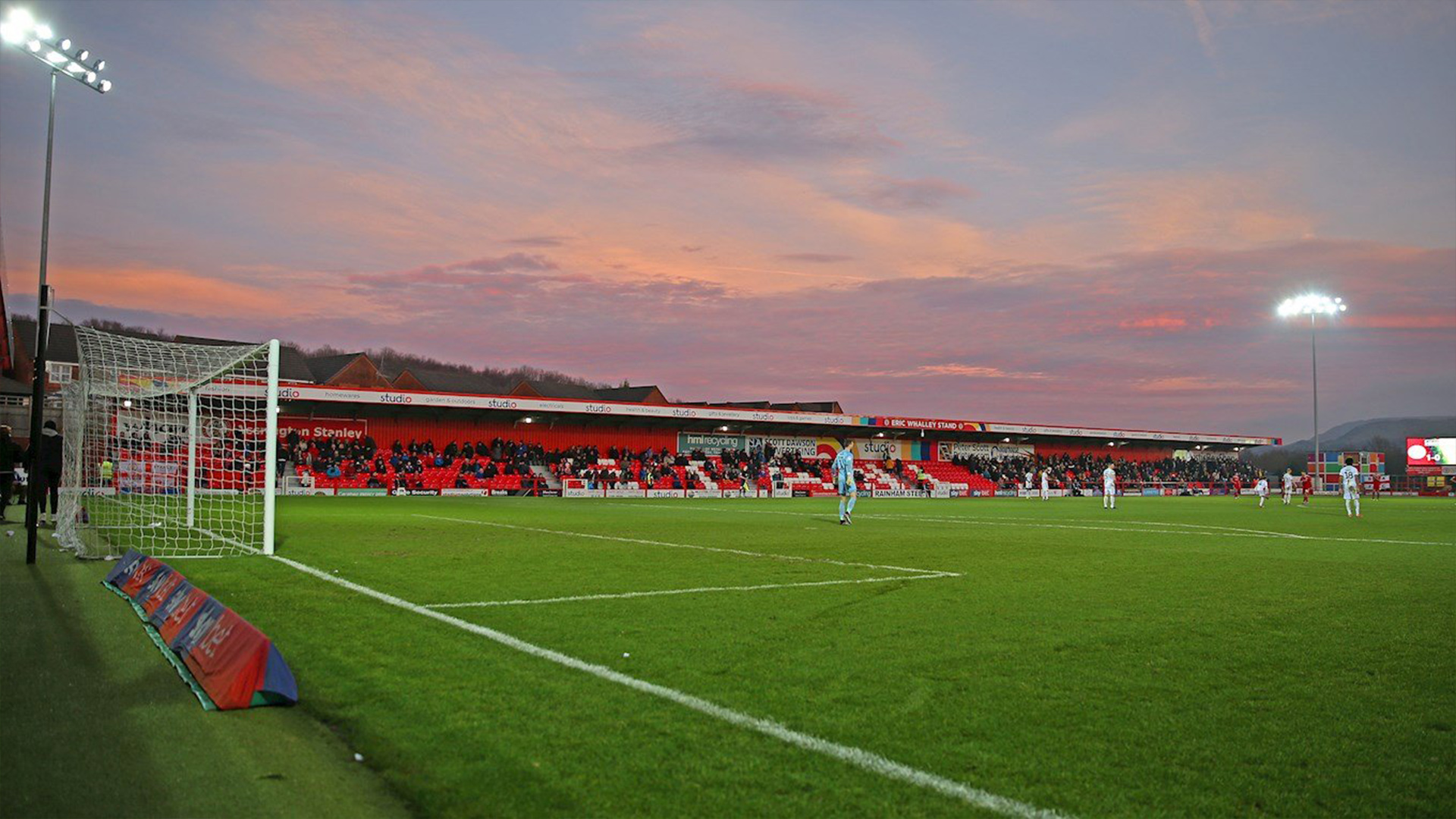