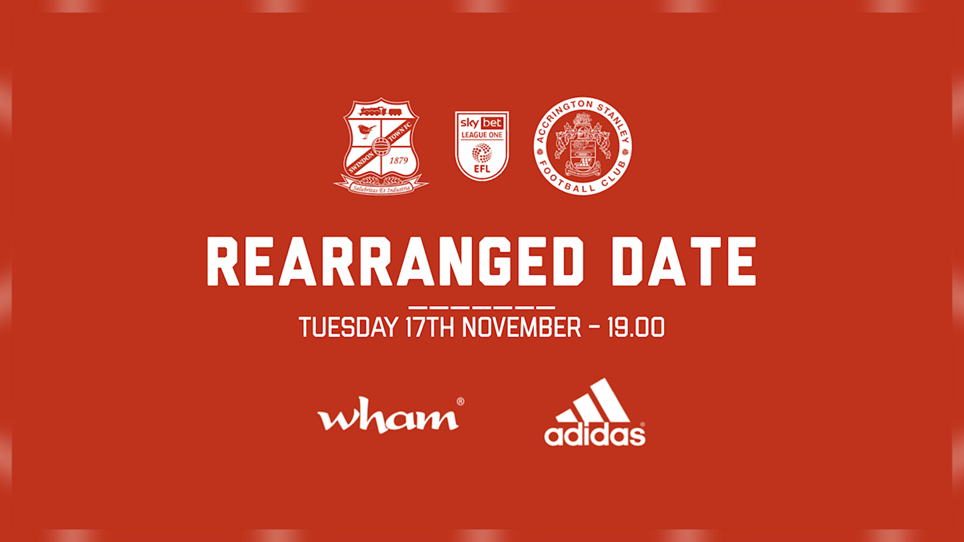 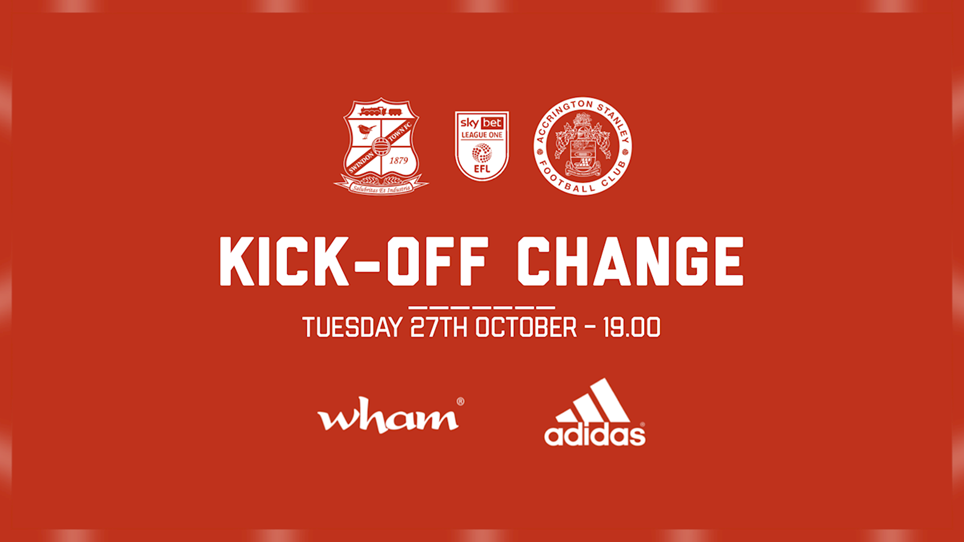 
Accrington Stanley's Sky Bet League One fixture at Swindon Town on Tuesday 27th October has been moved to a 7pm kick-off.

A bizarre own goal set the Reds on their way on six minutes before Colby Bishop and Dion Charles put John Coleman’s men in charge within 38 minutes.

Stanley could have added to their tally after the break but the first half show proved enough for the Reds to celebrate their first win at the County Ground since 1959.

The win took Stanley’s League One run to five wins in six games as they moved up to tenth, with games in hand.

It was a lively opening and both sides had early chances with Jonny Smith testing Toby Savin while Dion Charles fizzed a dangerous ball across the goal which Colby Bishop just couldn’t get his foot to.

Stanley took the lead in bizarre circumstances on six minutes when goalkeeper Joe Fryer slipped on a back pass from Akin Odimayo and the ball trickled over the line.

Swindon should have equalised immediately when a ball split the Stanley defence and Jonny Smith got in front of his marker but fired wide with only Savin to beat.

From then, Stanley created a host of chances. Joe Pritchard’s effort from distance sailed just wide, Matt Butcher’s free kick was turned out for a corner by Fryer while Pritchard skimmed a dangerous ball across the box which no one could get on the end of.

The Reds doubled the score on 25 minutes when Cameron Burgess put the ball into the box and it was cleared to Butcher to the right of the area. His shot bounced down and upwards and Bishop got his head to it before keeper Fryer and flicked it into the net.

The Robins were still a threat and a Paul Caddis curling shot needing to be cleared for a corner by Burgess.

However Stanley continued to press with Butcher testing Fryer and it was soon number three on 38 minutes.

Pritchard and Butcher played a one-two into the area and winger Pritchard made a perfect cross and it was an easy tap-in for Charles.

Swindon did have a couple of shots toward the end of the half but Savin dealt with them easily to go in 3-0 at the break.

Lewis Mansell came on for his league debut at half-time to replace one of the goalscorer’s Bishop.

John Sheridan’s men started with more purpose with Harvey Rodgers having to hook a shot off the line – but the whistle had blown anyway for off side.

The Reds had a left off when Hallam Hope got the ball unmarked at the far post on 51 minutes but he struck wide.

It was all Swindon but then Stanley broke, Butcher fed Jon Russell and he only had Fryer to beat but the keeper did well to deny him.

Brett Pitman fired high and wide from 10 yards out while, at the other end, Russell forced another save out of Fryer while Mansell wasn’t far off a first league goal on 68 minutes.

Charles dragged a strike wide while Stanley felt they should have had a penalty for a clip on Mansell which wasn’t given.

Charles was close with a fierce strike from 20-yards but the first half goals were enough – and it was a third successive league clean sheet for the Reds.


Accrington Stanley's Sky Bet League One fixture at Swindon Town on Tuesday 27th October has been moved to a 7pm kick-off. 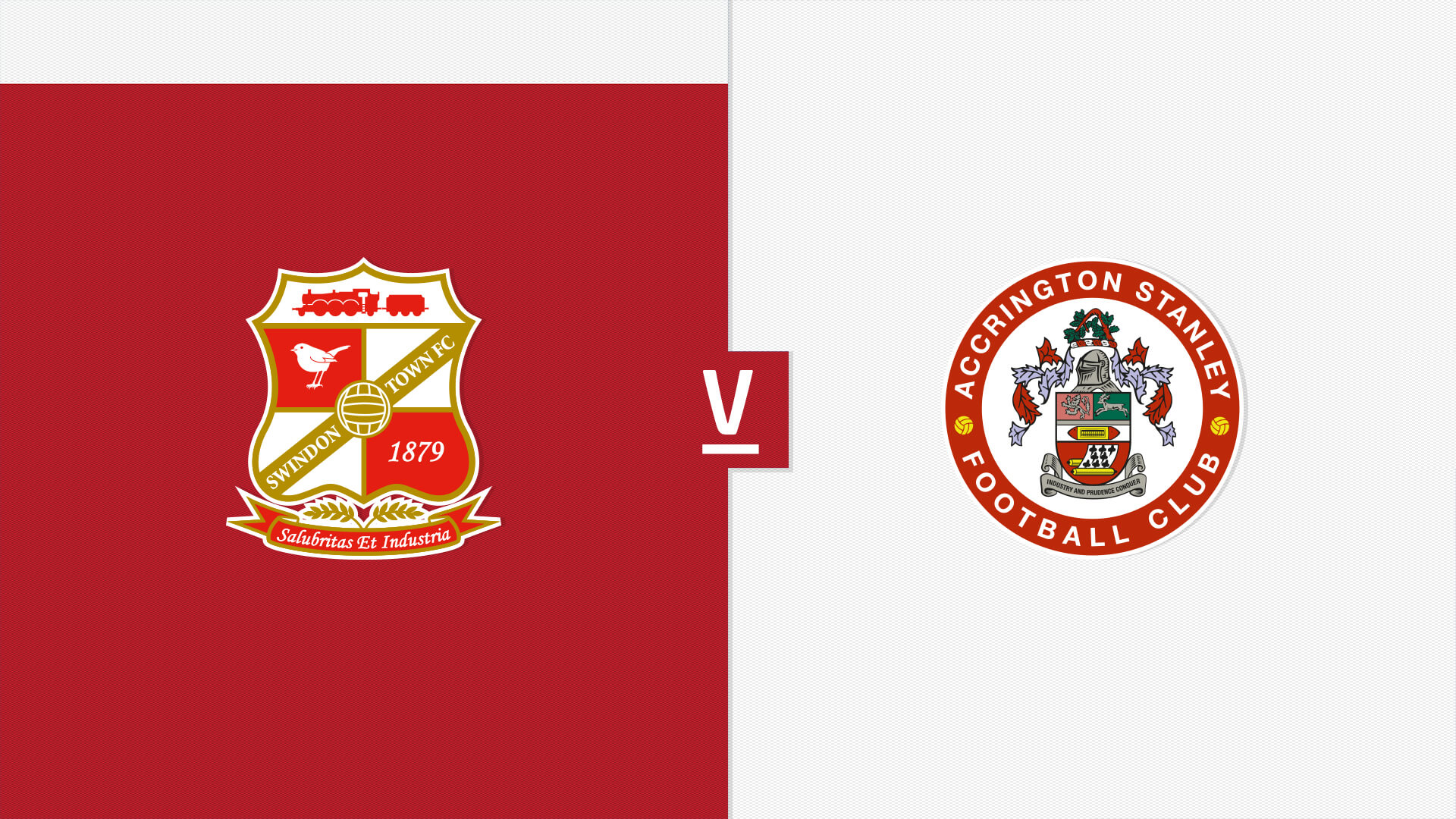 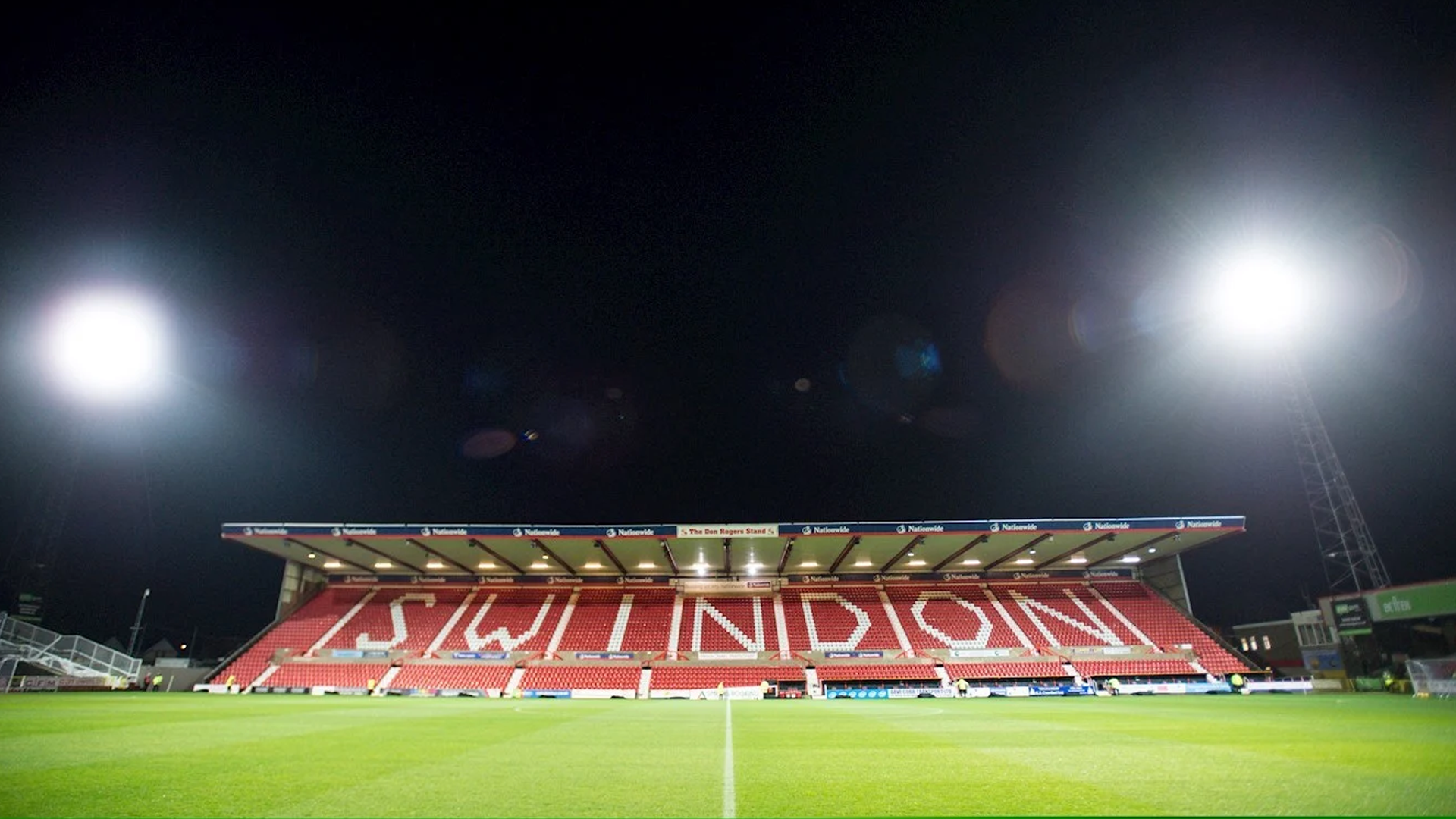