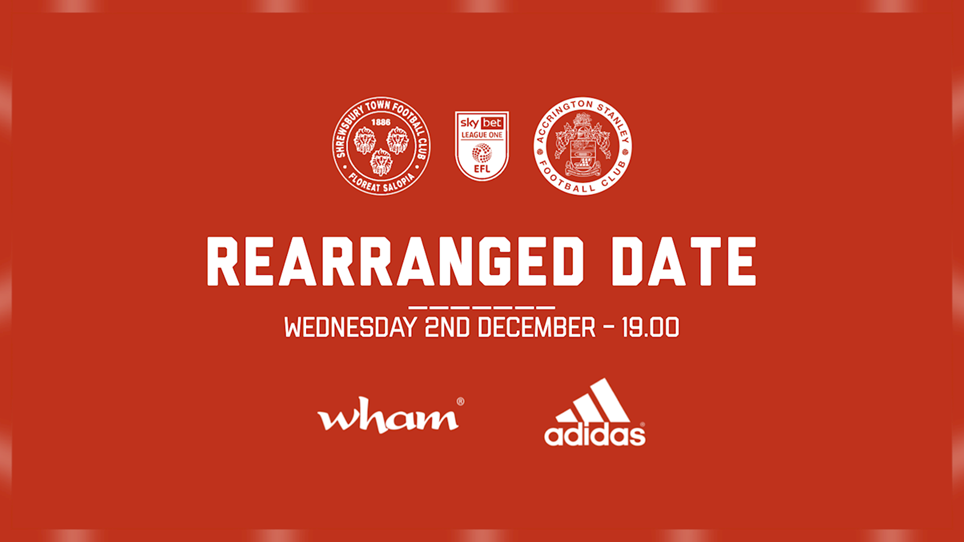 Ryan Cassidy rescued a point for the Reds in the 95th minute to extend Stanley’s unbeaten run to six league games.

Former Red Shaun Whalley scored a free kick four minutes from time to give Shrewsbury a 2-1 lead and what looked like their first home league win of the campaign.

However Michael Nottingham was pushed up front in injury time and was fouled in the area with sub Cassidy seeing his penalty saved by Marija Sarkic’s legs but the Watford loanee fired home the rebound to salvage a point with almost the last kick of the game.

It was an entertaining match and, with Shropshire in Tier 2, the Shrews were allowed 2,000 of their fans into the Montgomery Waters Meadow, with Steve Cotterill in charge for his first league game.

The Reds had the better early chances, Matt Butcher had an early shot from the edge of the area while Dion Charles tried his luck from long range and keeper Sarkic did well to deny him.

The Reds took the lead in the 24th minute when a Joe Pritchard free kick around 20 yards out went through the wall and the ball squirmed in at the near post with Sarkic unable to keep it out.

Shrewsbury replied two minutes later – the first goal the Reds have conceded in the league since 17th October, over eight hours of football.

A free kick from Charlie Daniels was headed beyond Toby Savin by Aaron Pierre, who had a red card rescinded from Sunday which meant he was able to play in the game.

The Shrews were on top without testing Savin but the Reds still had a good chance when Charles raced free into the area but he delayed too long and the defence got back with the ball eventually coming to Butcher who fired straight at Sarkic.

The Stanley management felt Shrewsbury should have been down to ten-men on 41 minutes when Brad Walker pulled back Charles around 30 yards out as the striker looked to race one-on-one with the keeper - referee Ben Speedie brandished a yellow card.

Australian Matt Millar headed over for Shrewsbury just before the break and, within 30 seconds of the restart, a cross was punched by Savin to Millar in the area and he fired goalwards, with Harvey Rodgers clearing off the line.

Shrewsbury continued to dominate while Stanley were limited to long range efforts from Pritchard, Seamus Conneely and Butcher wasn't far off with his on the hour mark.

Shrewsbury were a threat fom set-pieces and Savin did superbly well to keep out a Whalley effort but, at the other end, the Reds felt they should have had a penalty when Charles went down in the area 12 minutes from time but nothing was given.

Then, on 86 minutes, a foul was given against Mark Hughes on the edge of the area and Whalley stepped up with an unstoppable strike to put Shrewsbury ahead.

Daniel Udoh could have made the game safe for the Shrews in the 90th minute but fired the ball over in a good position.

There was still time for the penalty drama as Cassidy managed to preserve Stanley’s unbeaten run. 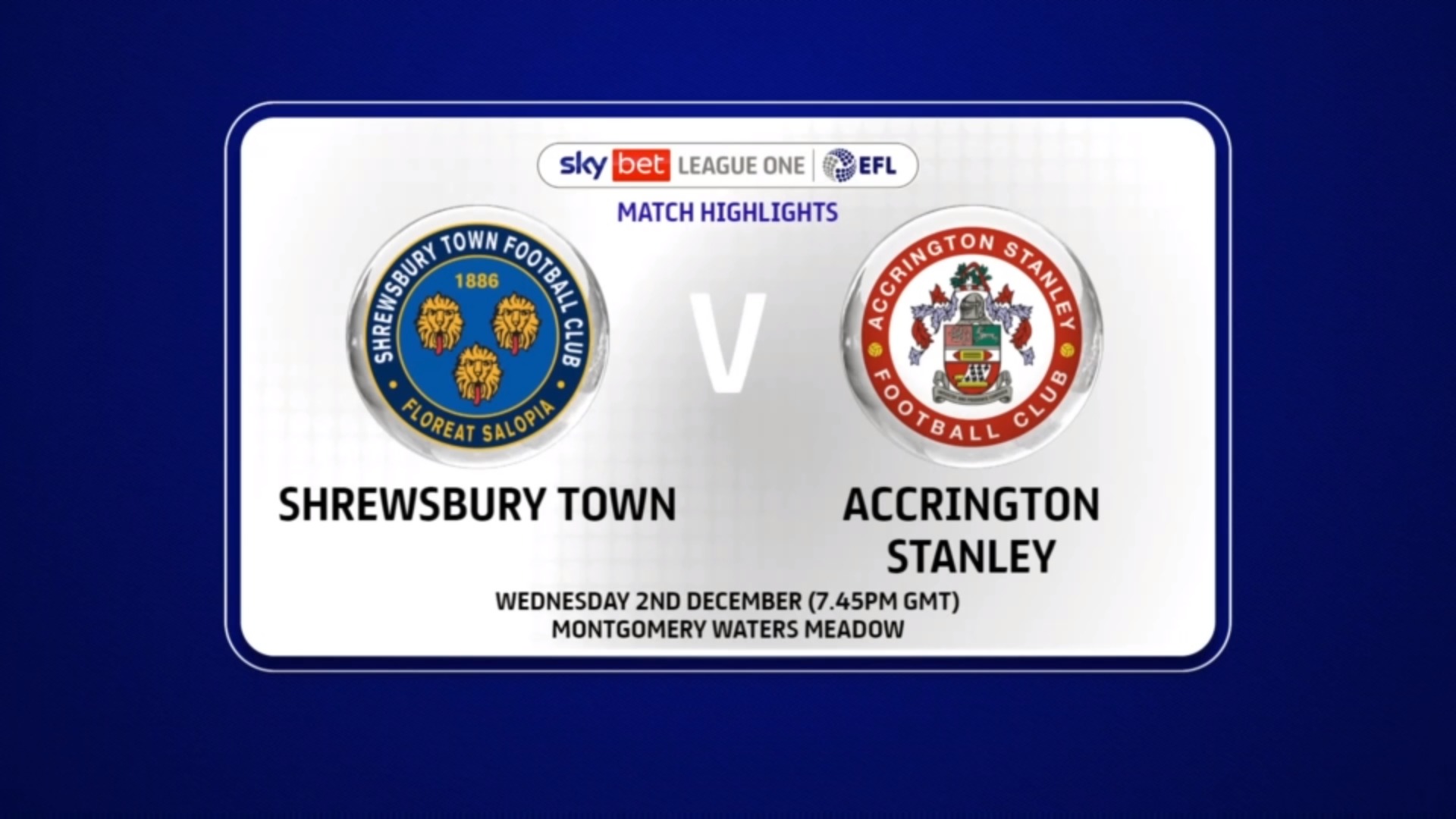 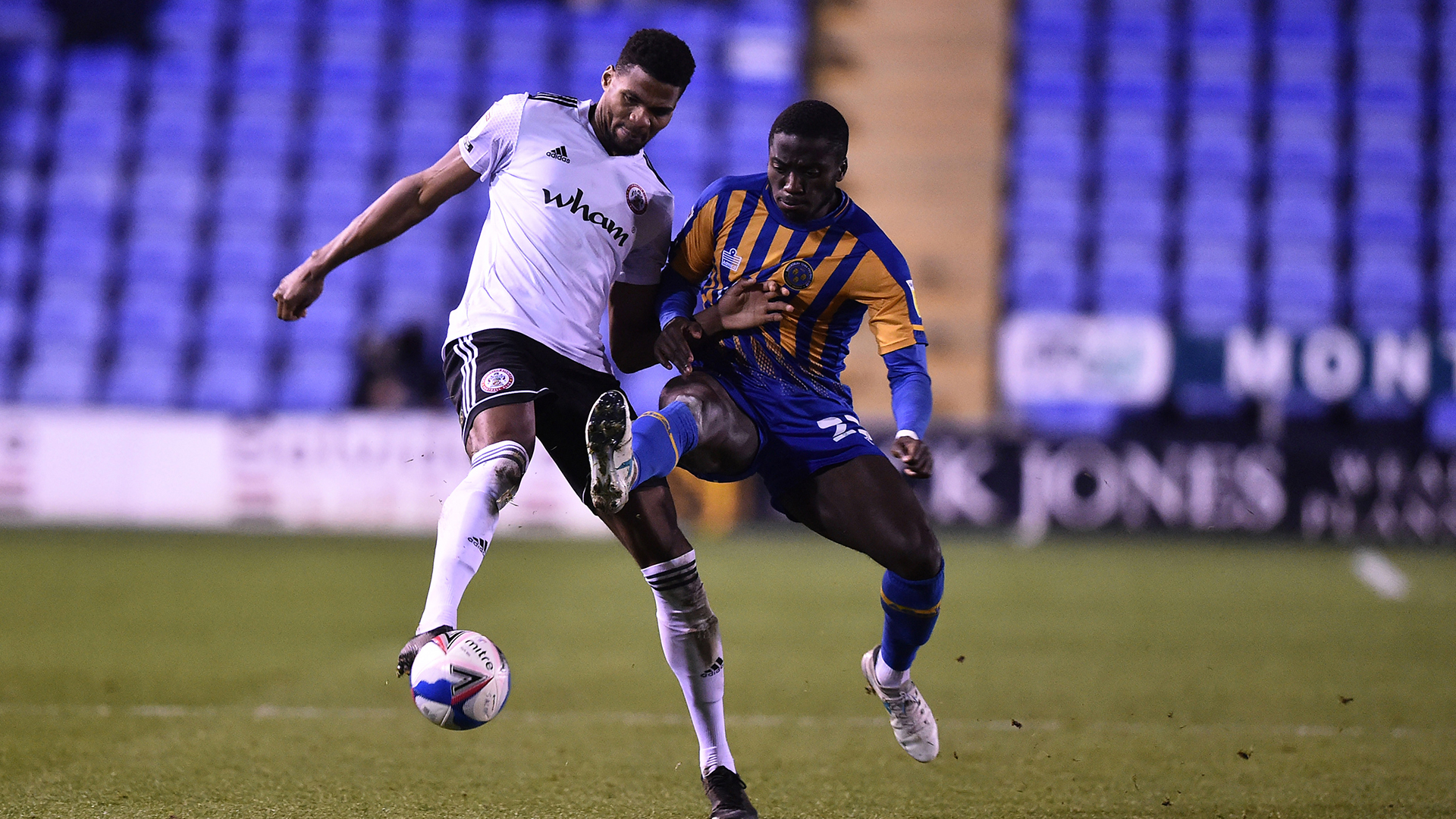 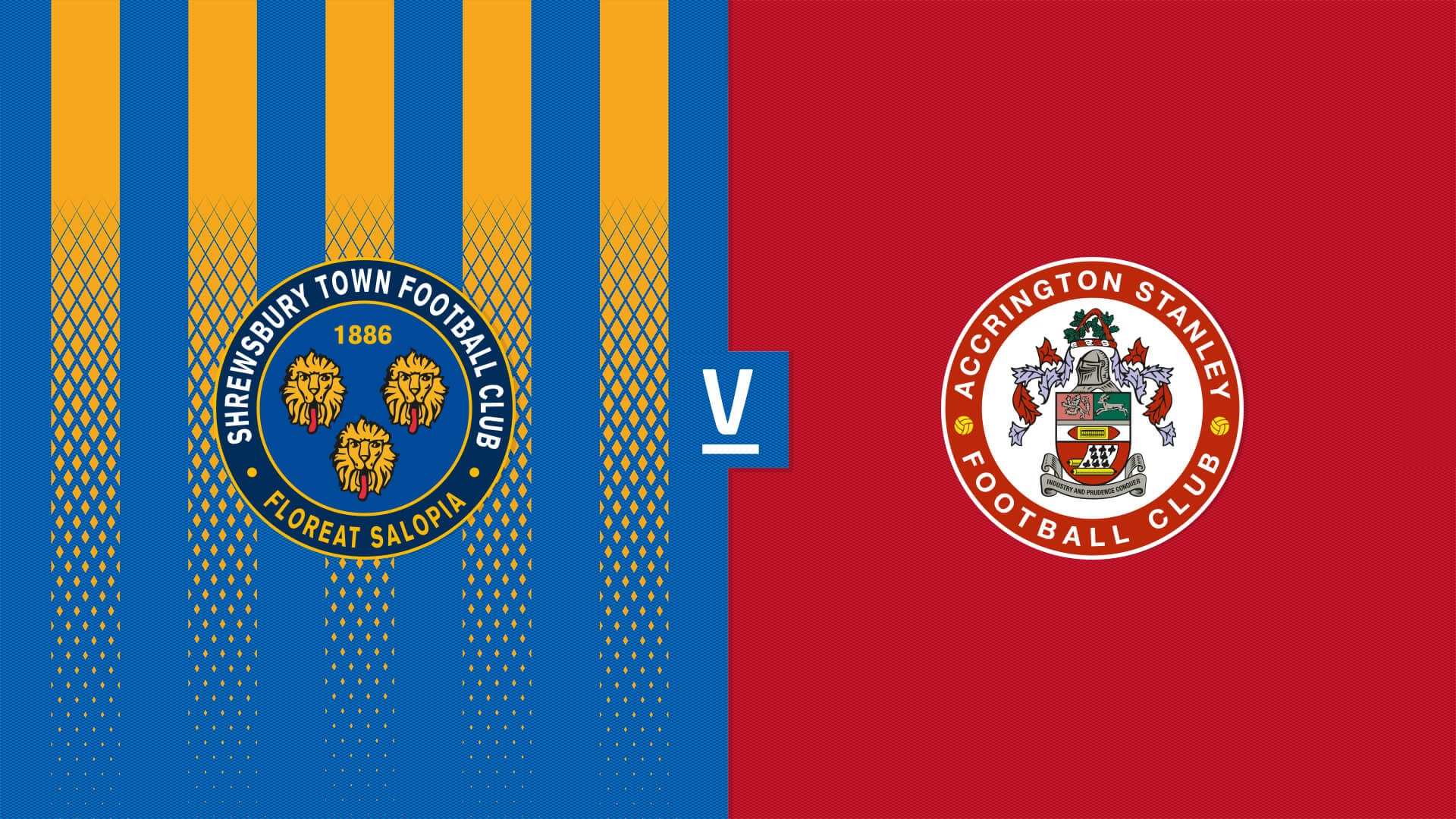