Tommy Leigh scored the winning goal 13 minutes from time against ten-man Shrewsbury to give Accrington Stanley their first win of the League One campaign.

It was an evenly matched game before Tom Flanagan saw red for the Shrews on 57 minutes – two yellows in quick succession following a goalmouth melee.

The Reds pressed and substitute Leigh leapt to get on the end of Mitch Clark’s deep cross for his first goal of the season and a first three points for Stanley in the 2022/23 campaign.

John Coleman began with the same starting XI which drew 2-2 with Charlton on the opening day.

Lukas Jensen got the nod in goal with Toby Savin, back from suspension, on the bench and Rosaire Longelo also a substitute after his ban.

Everton loan defender Ryan Astley, signed in the summer, was also on the bench after recovering from injury.

It was a lively opening with Stanley forcing a few corners without testing keeper Marko Marosi.

The Shrews had a good chance on 12 minutes when a low cross by Julien Dacosta found Tom Bayliss but he couldn’t connect properly.

Former Shrew Shaun Whalley played in a dangerous cross and Marosi grasped the ball at the second attempt before Clark could pounce.

Stanley suffered a set back on 20 minutes when defender Jay Rich-Baghuelou was injured stopping a Shrews breakaway and Astley came on for his EFL debut to replace him.

Harvey Rodgers headed over the bar for the Reds while Ryan Bowman had two strong chances for Shrewsbury – one volley superbly denied by Jensen and the other narrowly wide.

Marosi tipped over an Ethan Hamilton long range strike and, while the home side forced a number of corners towards the break, the half was a game of limited chances and was stop-start with players needing treatment.

Coleman made two substitutions at half-time, bringing on Longelo and Leigh, replacing the injured Mo Sangare and Joe Pritchard.

Jensen was called into action early on in the second half, stretching to push away two Dacosta strikes as the Shrews forced the pressure.

Stanley then piled crosses into the Shrews box and, from one on 55 minutes, Marosi clashed with Rodgers with the Reds defender needing treatment. A melee followed and Flanagan was shown two yellows and therefore a red for his part in the fracas.

Hamilton fired over and Leigh had a strike deflected as the Reds looked to make their one-man advantage count.

And Stanley did just that on 77 minutes when a right wing cross from Clark met the head of sub Leigh who guided it into the top corner of the net.

The Reds then had to defend but held firm for a welcome three away points.

Please note, there will not be a matchday ticket price increase (cash only): 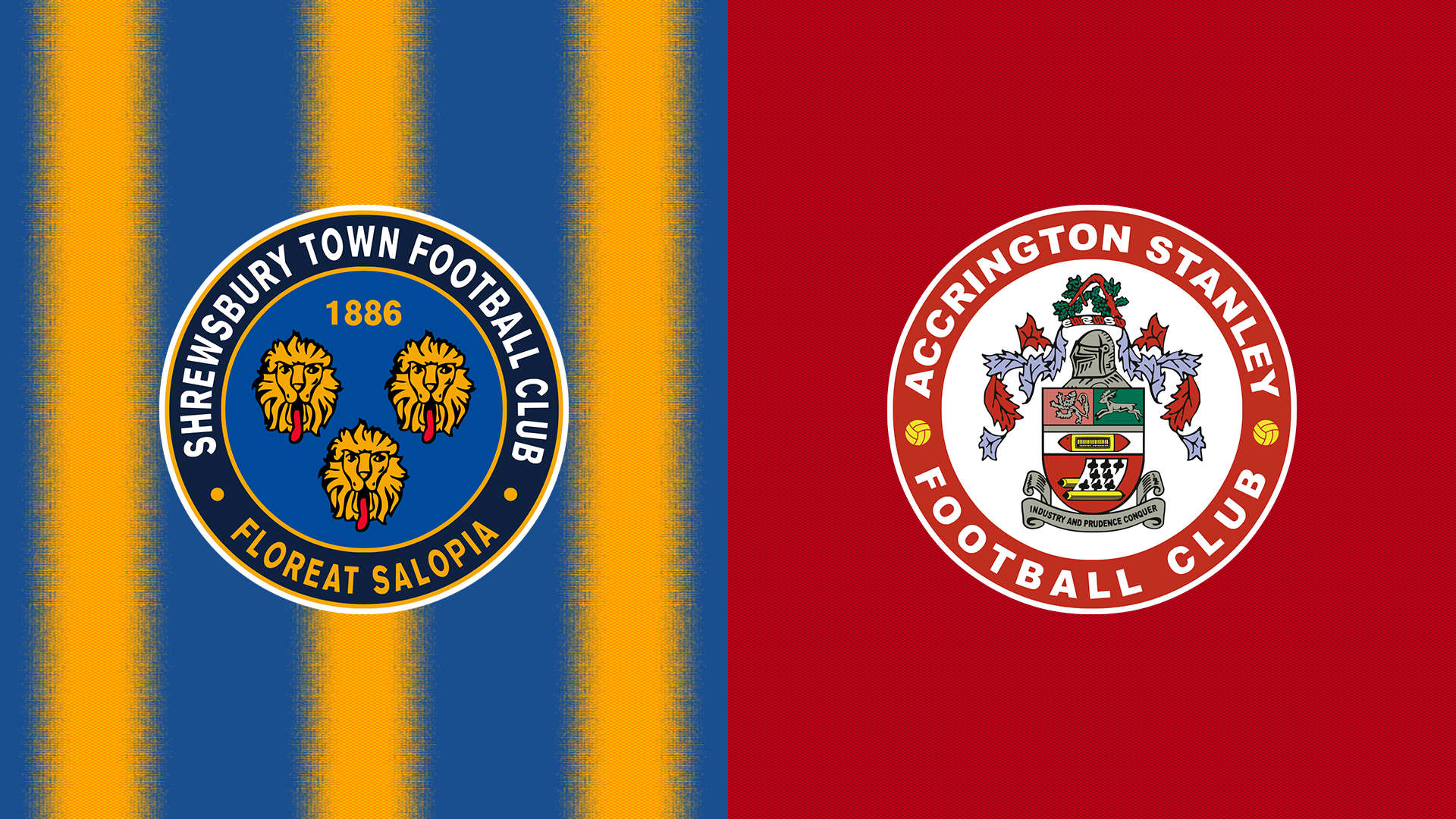 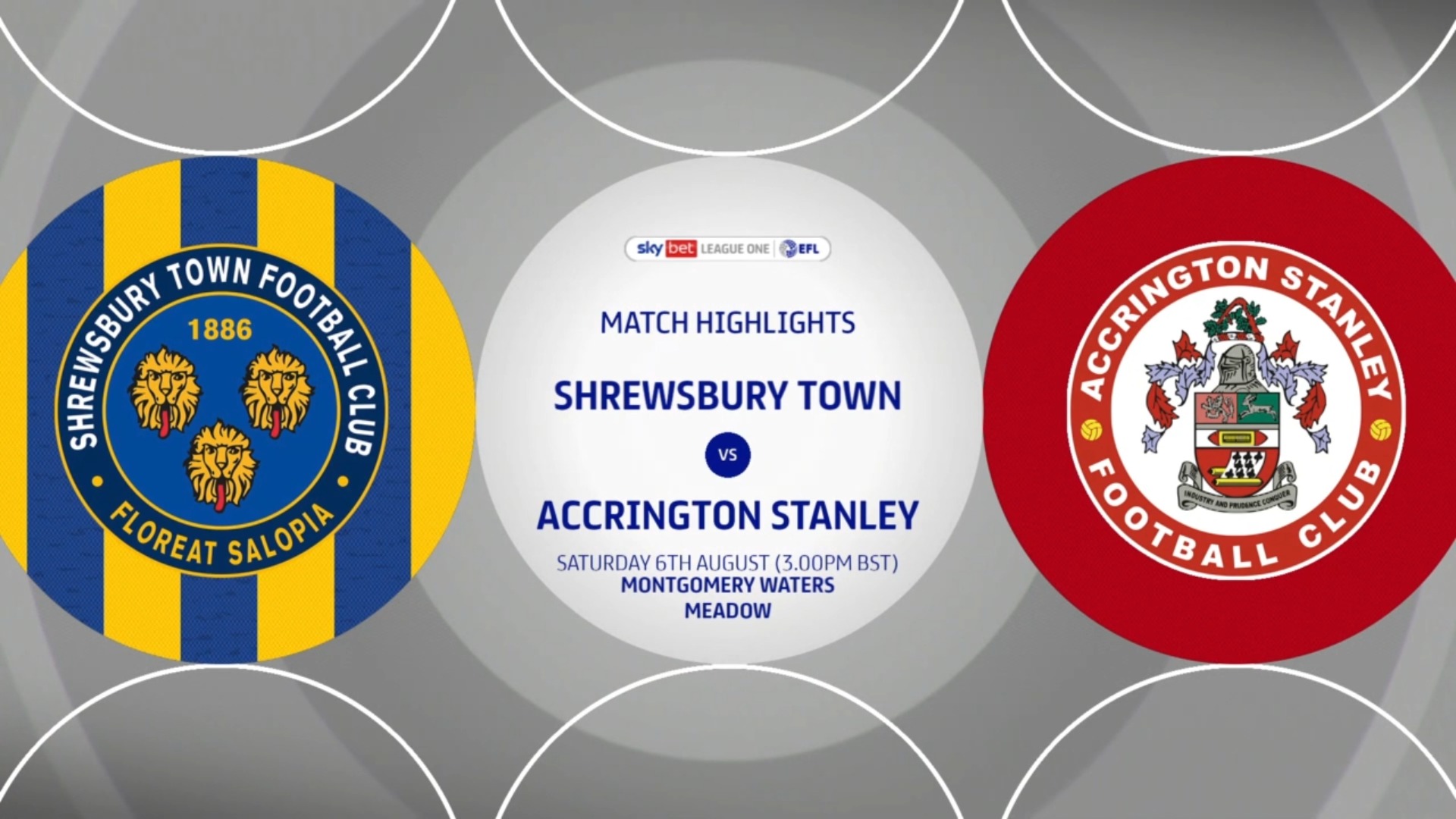 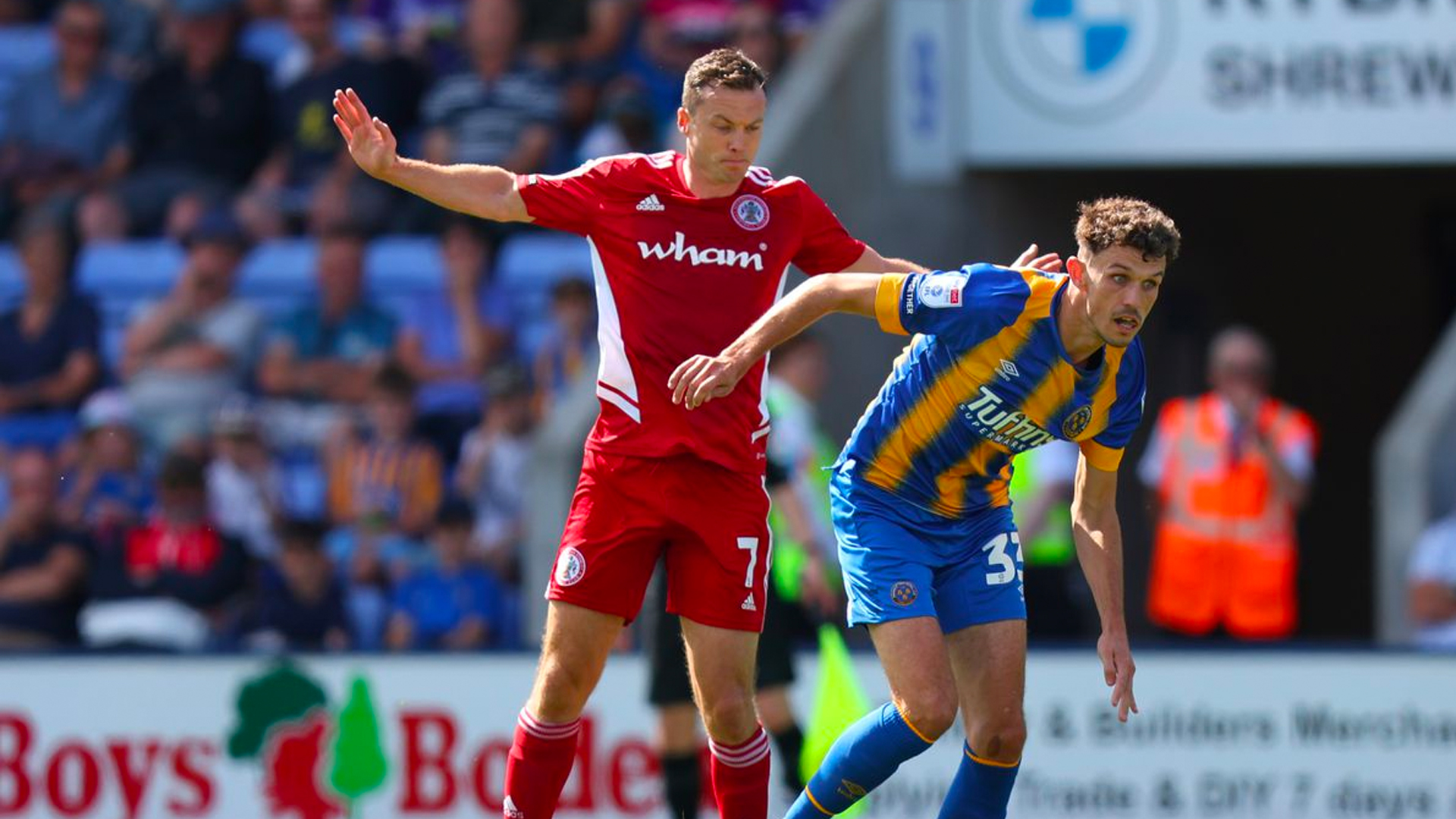