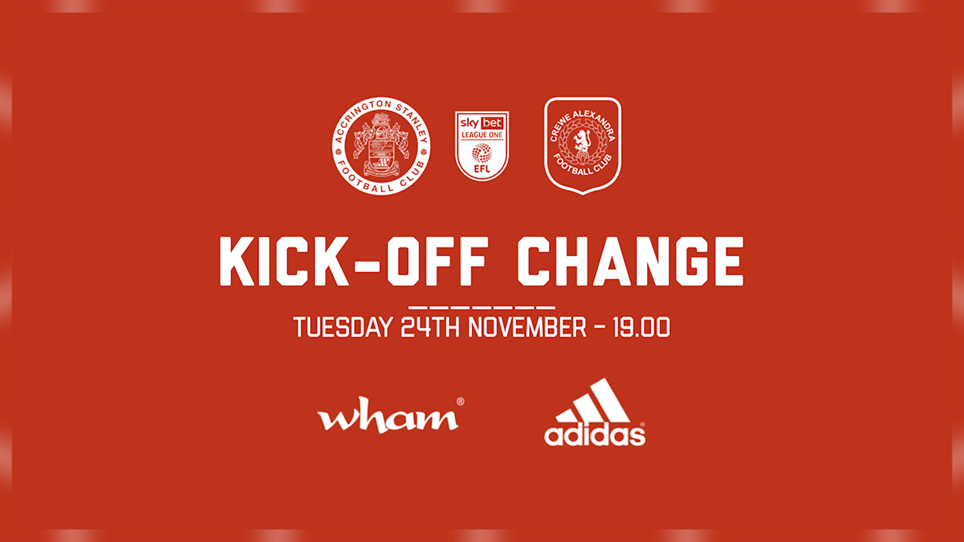 Bishop struck in the 59th minute for his fourth goal of the campaign after Matt Butcher’s free kick could only be pushed onto the crossbar by Will Jaaskelainen and it dropped down for an easy header for the striker.

The win moves the Reds towards the Play-Off spots with games in hand.

John Coleman named an unchanged starting XI from the team which drew 0-0 with Lincoln on Saturday.

Sean McConville, who came on as a sub against the Imps, sat out the first of a three-game ban for his sending off.

Crewe had former Red Offrande Zanzala on the bench while ex-Stanley defender Omar Beckles was injured.

Alex had the first chance within seconds when Tom Lowery had a shot blocked by Cameron Burgess.

However Stanley then had the better of the exchanges, Dion Charles playing a pacy ball across the area on 12 minutes but a stretching Bishop just couldn’t get the final touch.

A minute later Joe Pritchard got himself into a good position just outside the area and his effort was narrowly wide.

Michael Nottingham’s long throws were causing chaos against his former side and a Charles fierce strike was deflected wide as the Reds pressed for the opener.

Crewe grew into the game and enjoyed a period of pressure around the 20 minute mark and came close with a free header from Chris Porter but thankfully it was straight into Toby Savin’s hands.

A cross from Oliver Finney hit the top of the crossbar and Owen Dale’s strike was comfortable for Savin as it remained goalless at the break.

Newcastle loan midfielder Mo Sangare came on for Jon Russell at the break, his first game back from an injury which has kept him out for most of the season so far.

Stanley had a good chance just after the re-start when a Harvey Rodgers cross found the head of Bishop but he guided his effort narrowly off-target.

Bishop had another chance immediately after from a Matt Butcher corner but again he couldn’t test Will Jaaskelainen.

Crewe played a number of dangerous balls into the box but thankfully they couldn’t capitalise on it.

Stanley then took the lead through Bishop’s header and they could have doubled their advantage on 78 minutes but Butcher’s close range effort was into the Crewe keeper’s arms while Bishop steered a Butcher shot into Jaaskelainen’s hands minutes later.

Crewe were still a danger as the ball bobbled around the Reds box at times while Sangare tried his luck from 20 yards but his fierce strike was narrowly wide on 88 minutes.

It was a nervy ending as the Railwaymen looked for a leveller, Harry Pickering driving the ball narrowly over, but Stanley once again defended strongly to hold on. 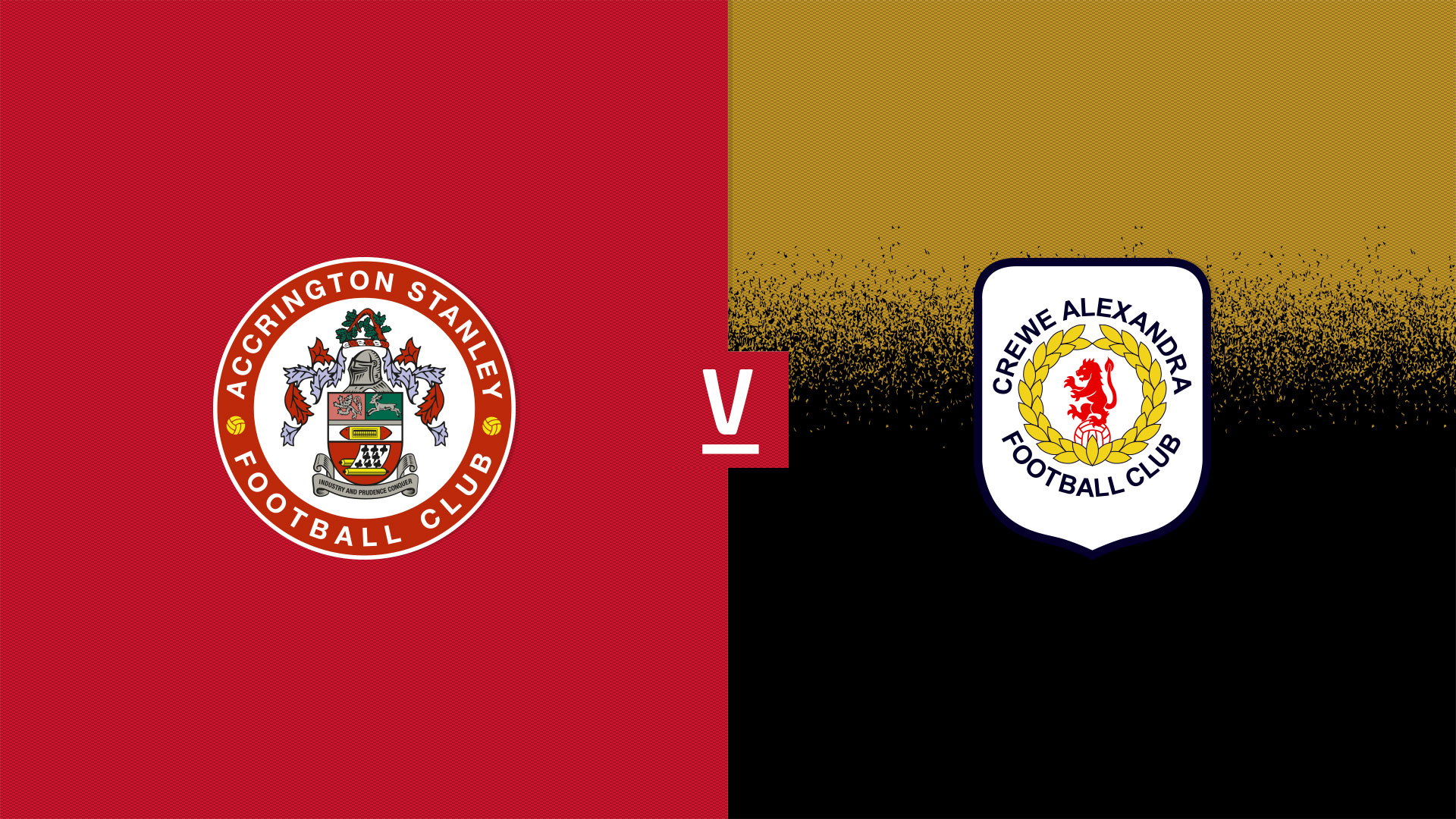 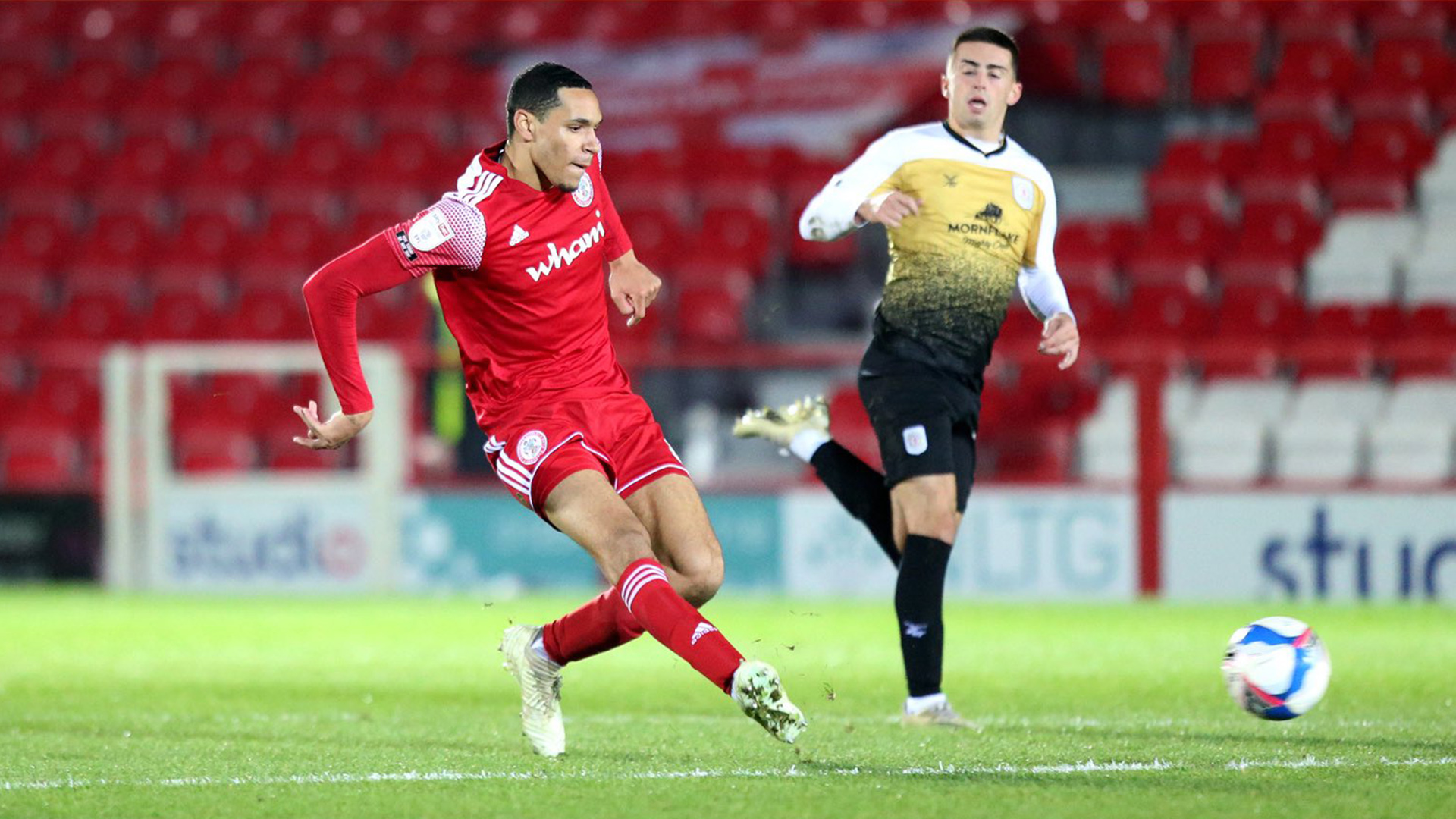 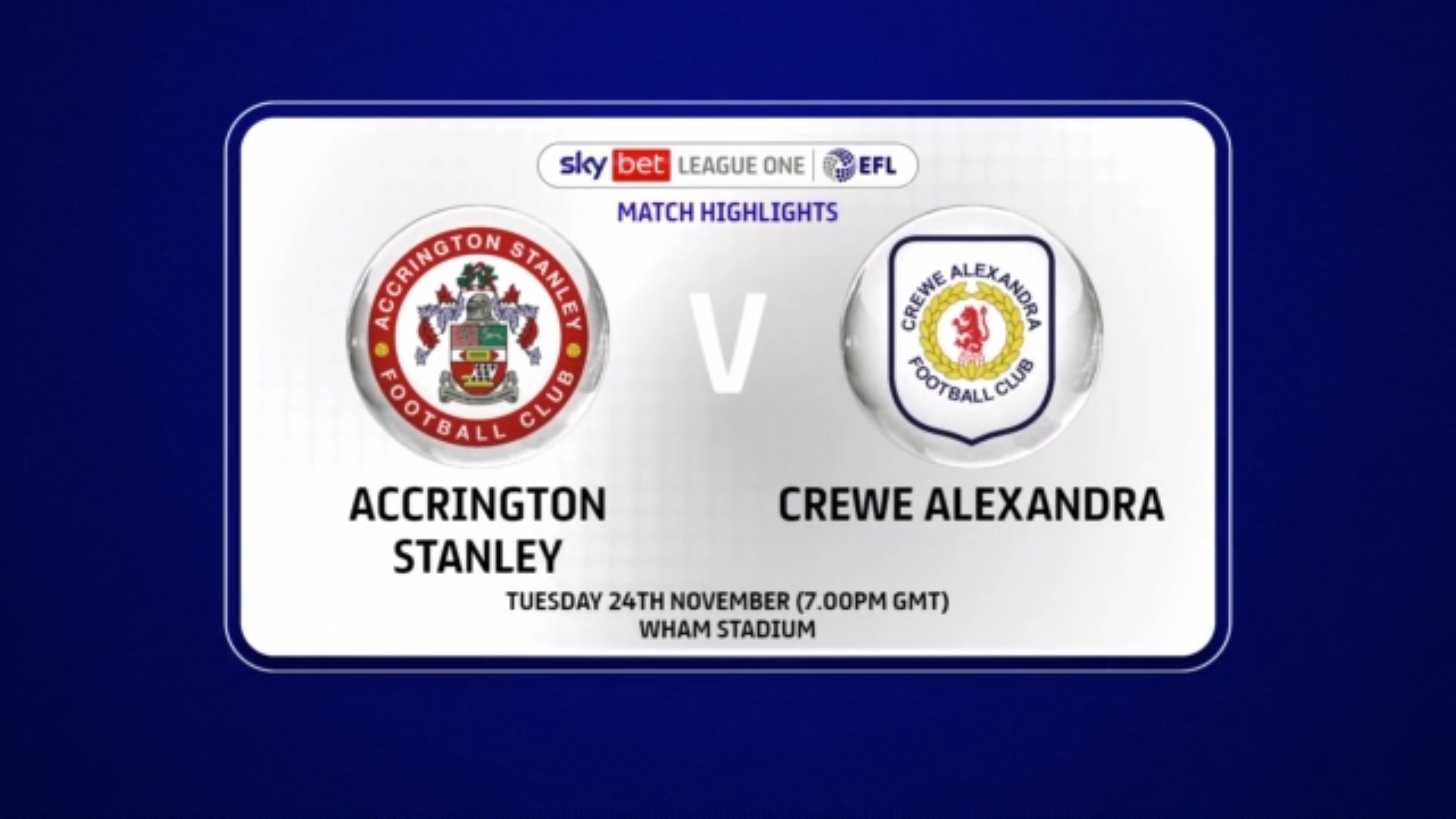