Accrington Stanley’s seven-game unbeaten league run came to an end with a 4-3 defeat to bottom club Wigan Athletic at the DW Stadium.

The Latics, managed by former Reds boss Leam Richardson, assisted by ex-Red Peter Murphy, went 3-0 up in the first half.

Stanley were transformed after the break and scored through Joe Pritchard and a wonder strike from Michael Nottingham – his first Reds goal – to get back in it before a deflected effort six minutes from time gave Wigan back a two-goal advantage.

But Stanley were straight back in it when Cameron Burgess forced the ball home from a goalmouth scramble four minutes from time to make it a grandstand finish – but the Reds couldn’t complete the comeback.

John Coleman named an unchanged side from the starting XI which beat MK Dons in their last League One encounter.

They started well without testing keeper Jamie Jones but Wigan grew into the game, Mark Hughes having to cut out a dangerous Tom Pearce cross before it landed at the feet of Kyle Joseph six yards out.

Wigan opened the scoring in the 14th minute. A throw-in was hooked goalwards by Joseph, keeper Toby Savin could only push the ball out and it fell to Hibs on loan man Tom James whose low header found the back of the net for his fourth goal of the season.

It was two on 19 minutes when Stanley lost the ball from their own throw-in, Seamus Conneely’s header back didn’t have enough power on it and Dan Gardner nipped in and smashed the ball into the roof of the net.

The Reds still pressed – a Dion Charles cross was straight into the arms of Jones and both Charles and Colby Bishop had chances in the six yard box.

However, it was three on 32 minutes when Charles was judged to have tugged back Chris Merrie just inside the area  and Will Keane blasted home the penalty.

A Merrie long range strike was turned around the post by Savin to stop a fourth while a Joe Pritchard shot hit Bishop and went wide.

At the end of the half, Latics teenager Joseph skipped past a couple of defenders but his final effort was deflected.

Sean McConville and Ryan Cassidy came on for the second half for Tariq Uwakwe and Harvey Rodgers, who had made his 50th appearance for the Reds.

And whatever John Coleman said at half-time worked.

After Latics dangerman Joseph fired just wide of the target, it was all-out attack from the Reds.

Chelsea midfielder Jon Russell came on for Conneely on 56 minutes and Stanley were back in it when Pritchard struck in the 61st minute. A ball into the box from 30 yards out caught everyone out and sneaked into the far corner of the net.

On 65 minutes, it was two as, with the Reds pressing, the ball came out to Nottingham who hit it sweetly, drilling it home from 20 yards out.

Russell had a header cleared off the line from a Pritchard corner as Stanley went on the hunt for an equaliser while Burgess played a great ball into the box which just needed a touch.

A Matt Butcher long range strike was touched over by Jones and Stanley felt they should have had a penalty as Nottingham was pulled down but it was given just outside the area. From the free kick, the ball bounced around the area but was eventually cleared.

Wigan didn’t threaten much but, on 83 minutes, Olly Crankshaw ran down the right wing and his shot took a deflection off Hughes to send the ball past Savin.

That could have been game over but then Burgess got one back on 86 minutes to set up a grandstand finish with six minutes of injury time but they couldn’t find another goal. 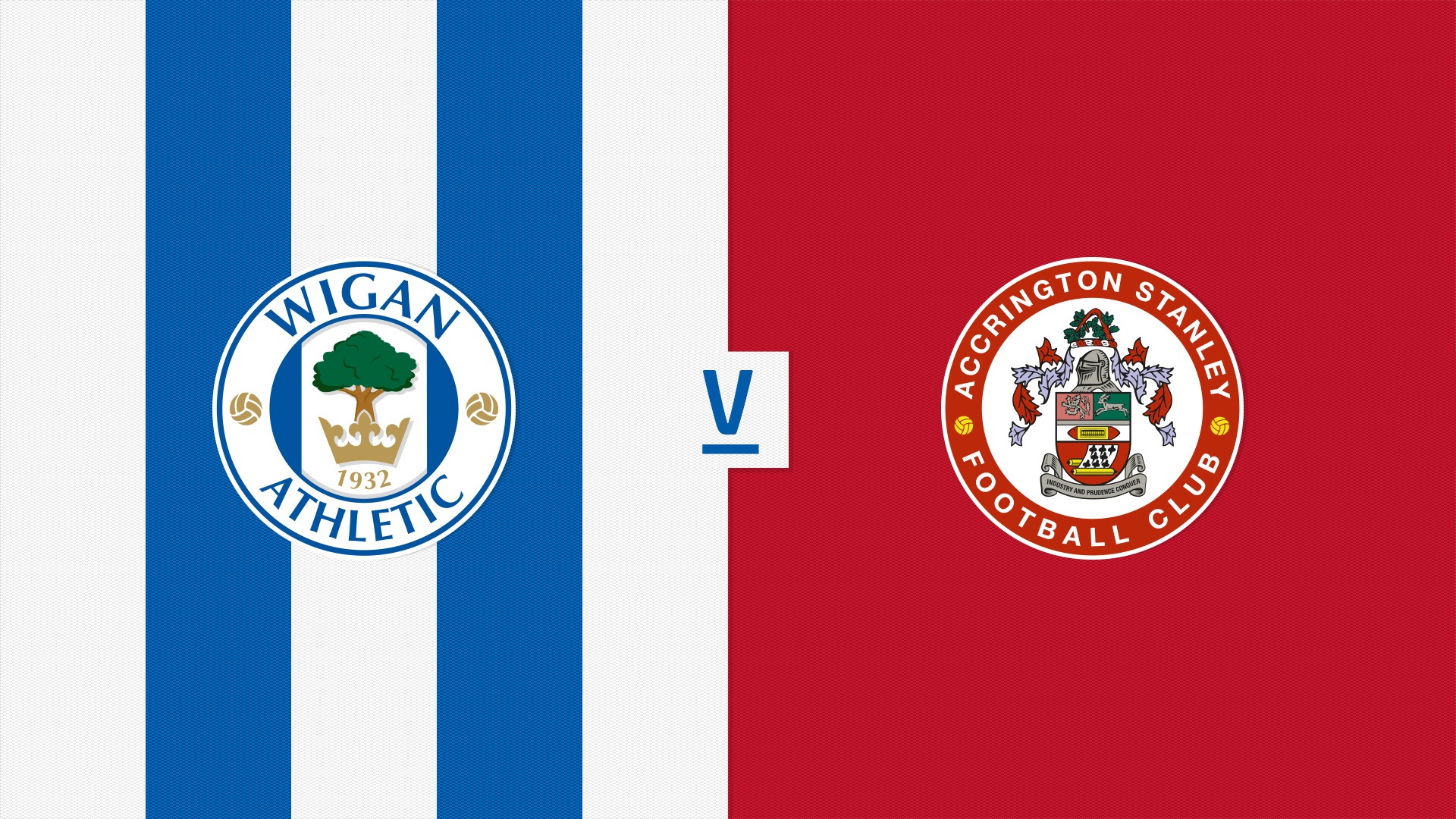 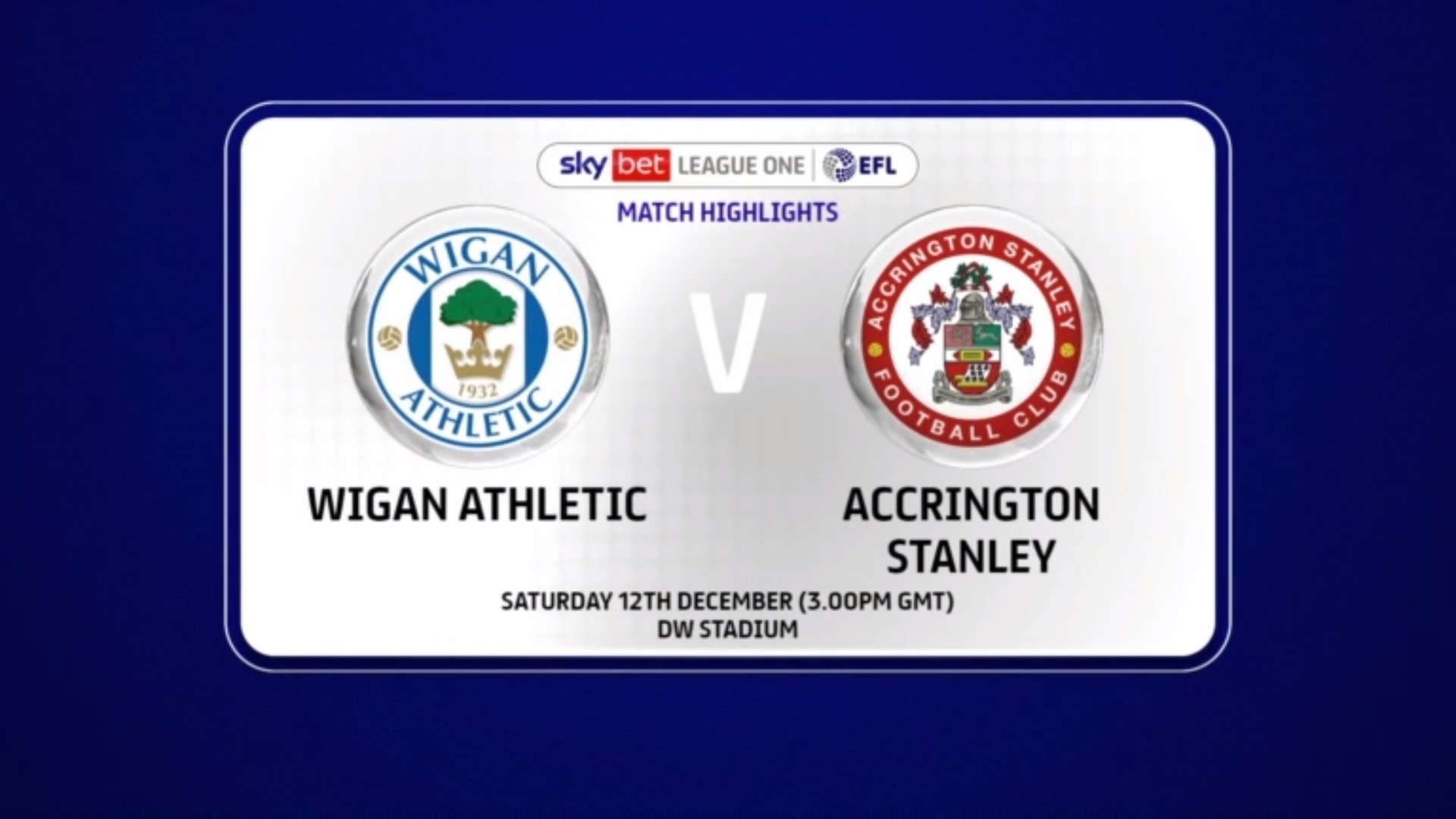 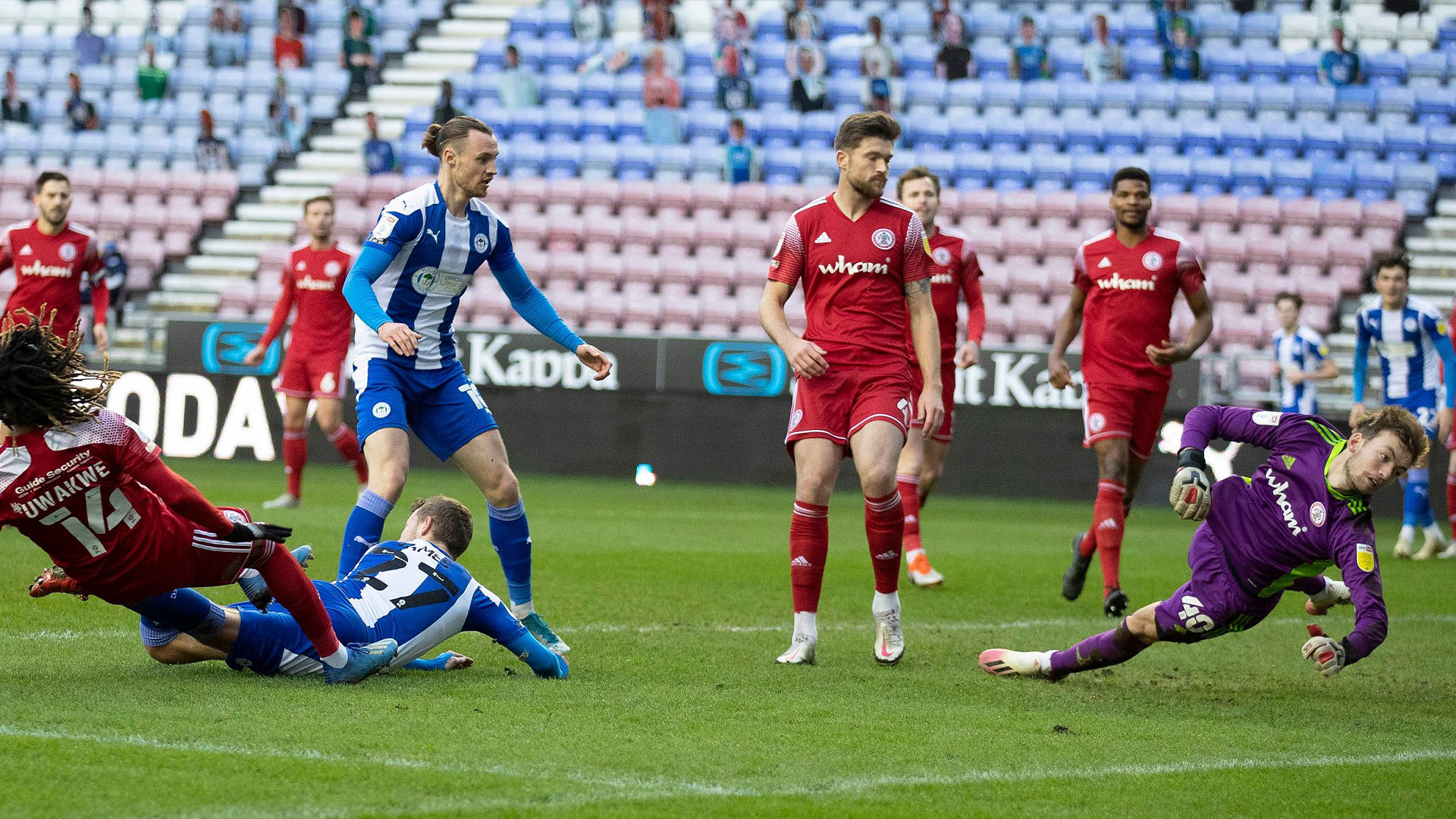