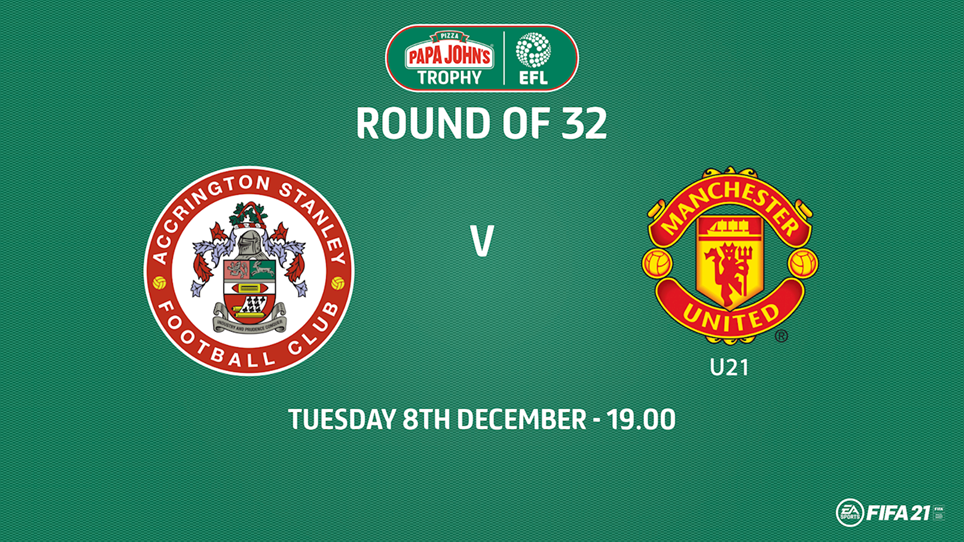 Joe Pritchard scored a double as Stanley reached the last 16 of the Papa John’s Trophy with an entertaining 3-2 win over Manchester United Under 21s.

The game swung one way and then the other with Stanley taking an early lead through Cameron Burgess before Facunda Pellistri levelled on 38 minutes.

Impressive 18-year-old Anthony Elanga scored a superb solo effort to put United in front before Pritchard struck on 67 and 85 minutes to secure the knock-out victory.

John Coleman made seven changes with Sean McConville captain after a three-game ban.

Stanley started well and opened the scoring when a Matt Butcher corner was headed home by defender Burgess in the ninth minute.

Baxter did superbly to deny Swedish winger Elanga on 13 minutes and the keeper kept out Pellistri at the near post as United 21s grew into the game and looked dangerous.

There were chances at both ends with Mansell forcing a diving save out of keeper Paul Woolston and, from the resulting corner, a Mansell header was pushed onto the crossbar by the keeper.

Man United equalised on 38 minutes when the Reds didn’t deal with a ball over the top, Uruguayan Pellistri got the ball and worked his way around Baxter to slot into an empty net.

A minute later a Sean McConville free kick was flicked on by Burgess, Woolston was caught out of his goal but the ball was cleared off the line.

Just before the half-time whistle, Baxter dived low to keep out Elanga’s long range effort and the United dangerman had a fierce free kick pushed out by Baxter with the last kick of the half.

Dion Charles came on for Mansell up front for the second half but it was Ryan Cassidy who had the first chance, heading over Uwakwe’s cross.

Charles, in good form after his double at the weekend, got himself into a good position in the box and his curling effort was superbly pushed out by Woolston.

Elanga, 18, then scored a superb solo goal on the hour mark, running from well inside his own half, evading a number of challenges and powering the ball past Baxter.

United went on the hunt for number three and Ethan Galbraith blasted off-target in a good position.

Colby Bishop came off with Uwakwe injured and within seconds Stanley had equalised.

A back header fell short on 67 minutes and winger Pritchard nipped in and fired past Woolston.

United continued to be a threat though and Joe Hugill rattled the Stanley crossbar.

Rhys Fenlon came on for his Stanley debut but United had the next chance, Galbraith’s effort not far off the top corner.

Highly-rated Woolston then kept out a Pritchard strike but he could do nothing about the winner five minutes from time.

A McConville high ball into the area wasn’t cleared by the United defence and it fell for Pritchard to volley home. 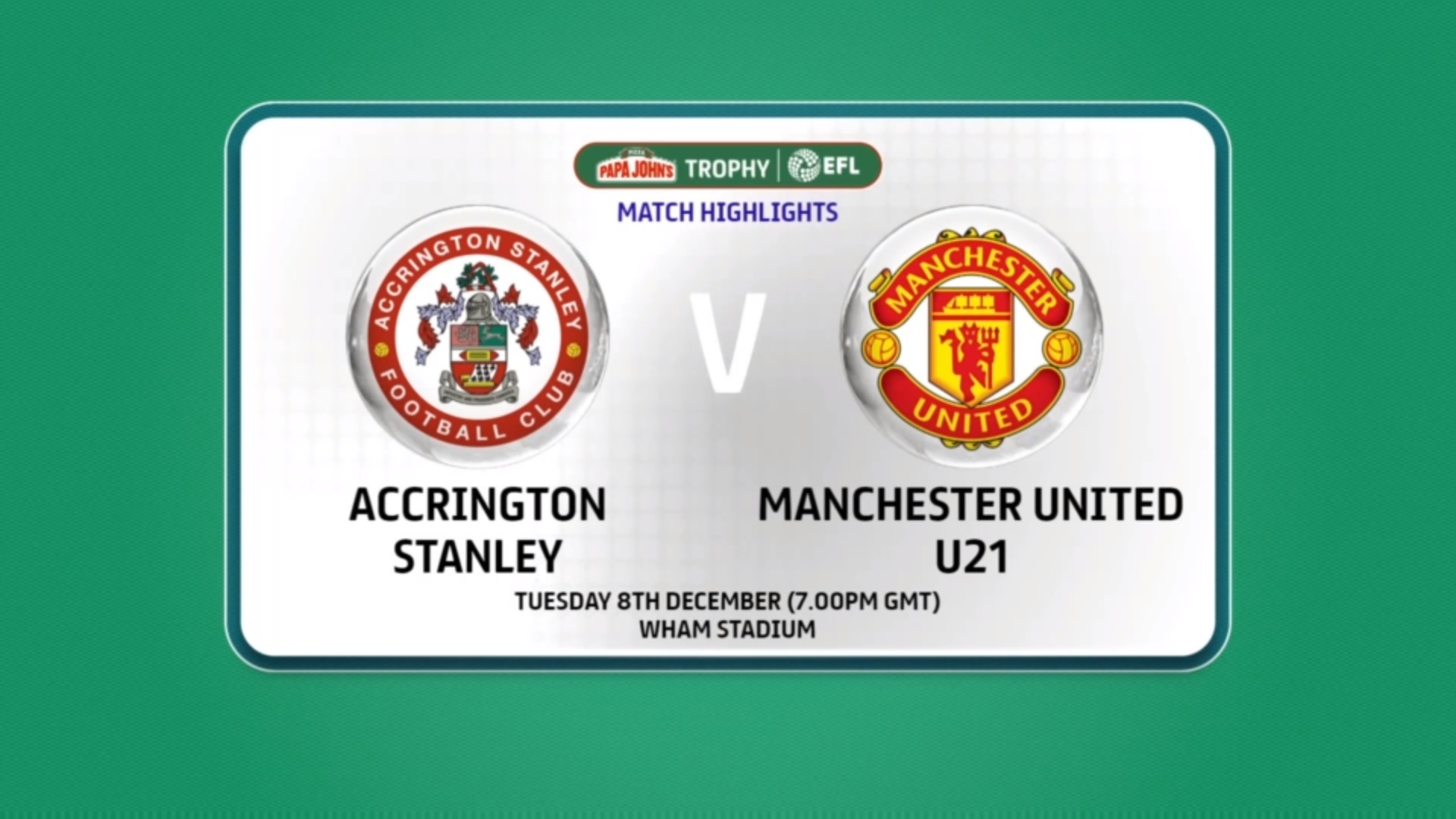 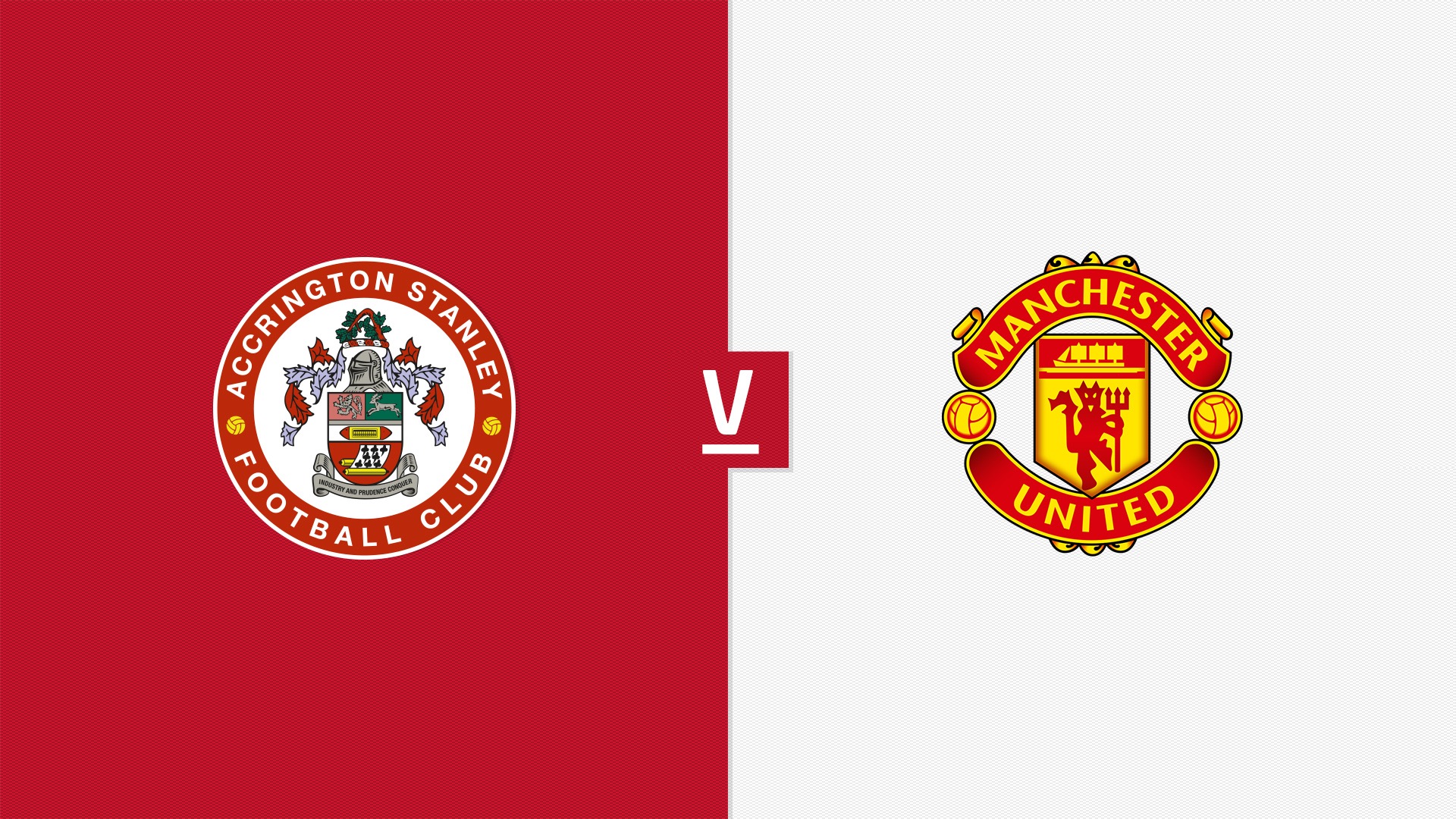 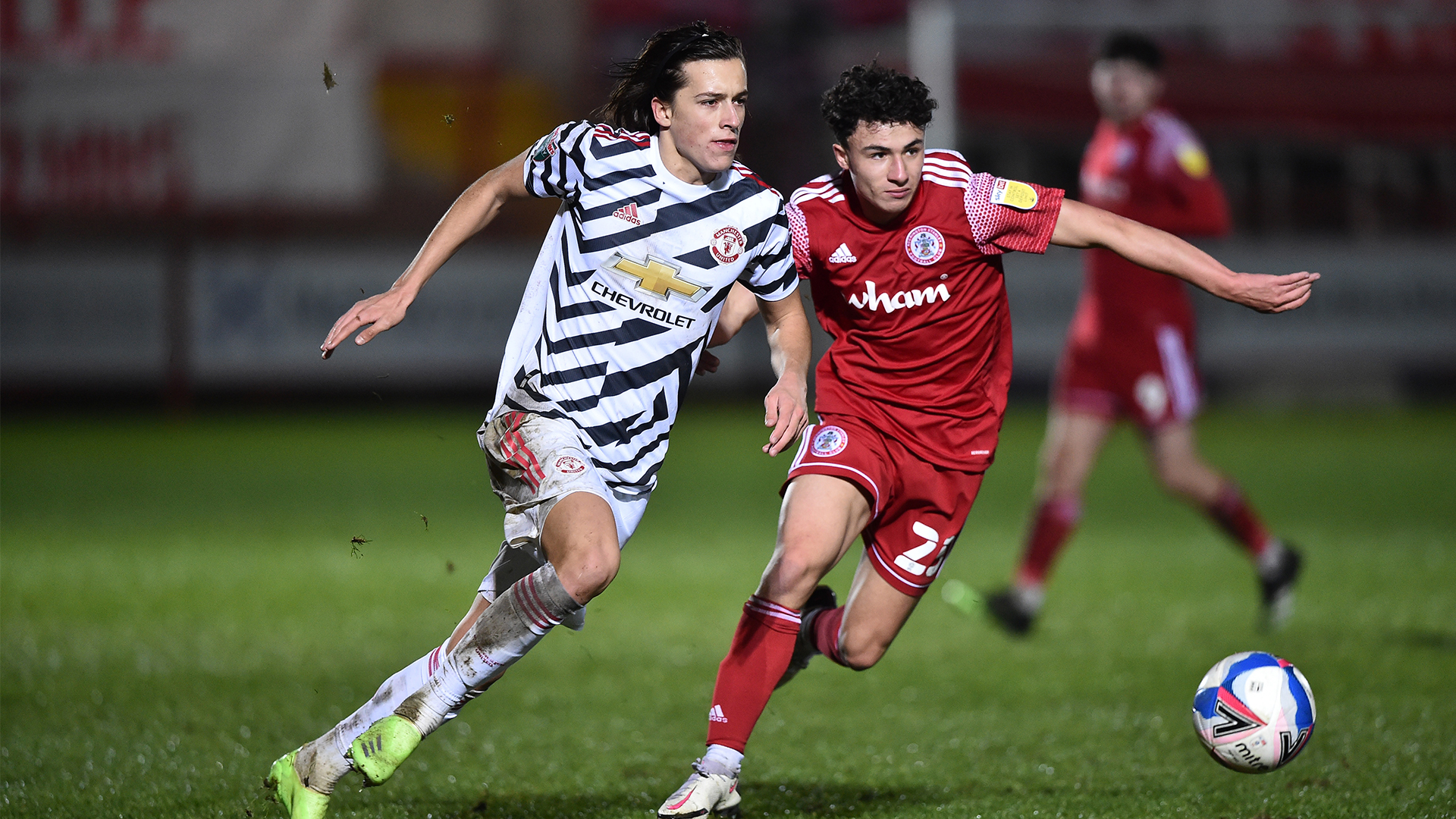