Michael Nottingham gave the Reds a dream start on five minutes but Mark Robinson’s side came back and were clinical, moving out of the relegation zone with the win.

Stanley remain in a packed mid-table but damaged their goal difference with the loss.

It was the same starting XI for Stanley as the team which beat Oxford on Monday but Joe Pritchard and Ben Barclay were welcome returns to the bench following injury.

Stanley started well and a Matt Butcher blistering strike was tipped away by Nik Tzanev. From the resulting Sean McConville corner, Cameron Burgess headed it goalwards and, in the six yard box, Nottingham headed home – his second goal in two games.

The Reds looked for a second with Dion Charles racing onto a Paul Smyth pass but the defender just got back to cover as the striker lined up to shoot.

AFC Wimbledon grew into the game and equalised on 21 minutes when a corner was punched by Toby Savin but only to Ollie Palmer who, inside the six yard box, headed over the line.

Smyth looked to put the Reds back ahead, charging forward and unleashing a strike which Tzanev pushed away and Stanley appealed for a penalty for handball following a Butcher ball into the box but referee James Oldham waved away the pleas.

Wimbledon were a threat and broke through Ayoub Assal who found top scorer Joe Pigott and his curling shot wasn’t far off putting Mark Robinson’s men ahead.

It was end-to-end as both side’s looked for the second but Wimbledon piled on the pressure towards the end of the half, Joe Maguire blocking a Pigott close range effort.

The visitor’s took the lead on 42 minutes when a ball to the far post found Jack Rudoni and he headed it back across the goal with Palmer side-footing home his second of the game.

AFC Wimbledon made it three in injury time in the first half when Palmer’s ball from the left to the far post was headed by Assal and his looping effort found the back of the net.

Stanley had an uphill task in the second half and Palmer could have had a hat-trick as he charged through, but for a timely tackle by Seamus Conneely.

The Reds came so close to getting one back on 58 minutes when a long ball forward found Smyth and he lobbed the ball goalwards with it missing the far post by inches.

However, it was Wimbledon who made it four on 57 minutes when a Pigott free kick sailed past Savin for his 17th goal of the season.

Pritchard came on for his return after a lengthy injury but a minute later, on 64 minutes, it was five when a header put Assal clean through and he slotted the ball past Savin.

Stanley never gave up pressing, Smyth forcing a superb save out of Tzanev in the 89th minute, and Ben Heneghan was sent off for the Dons in the 92nd minute for two bookable offences but the damage had been done. 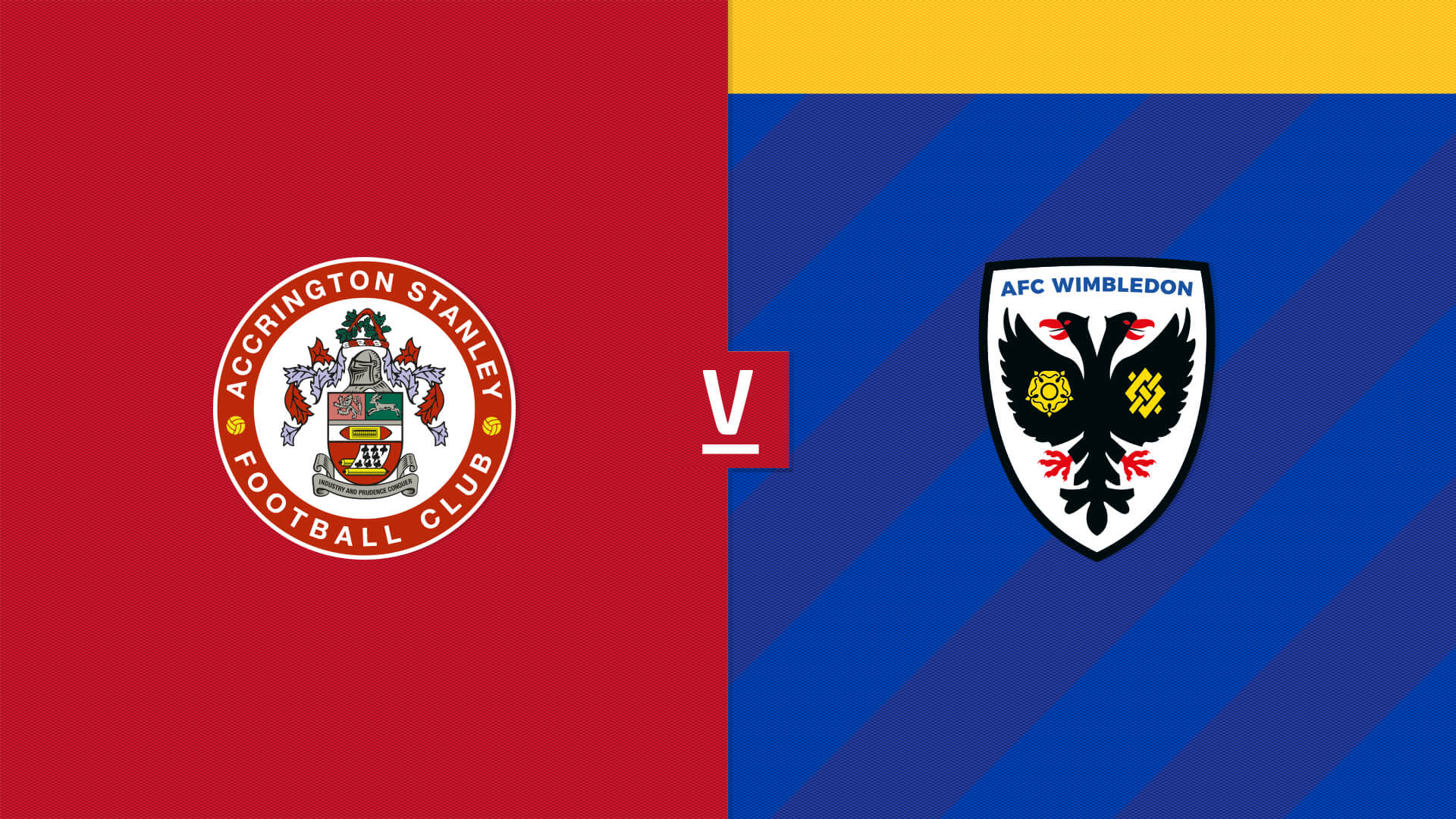 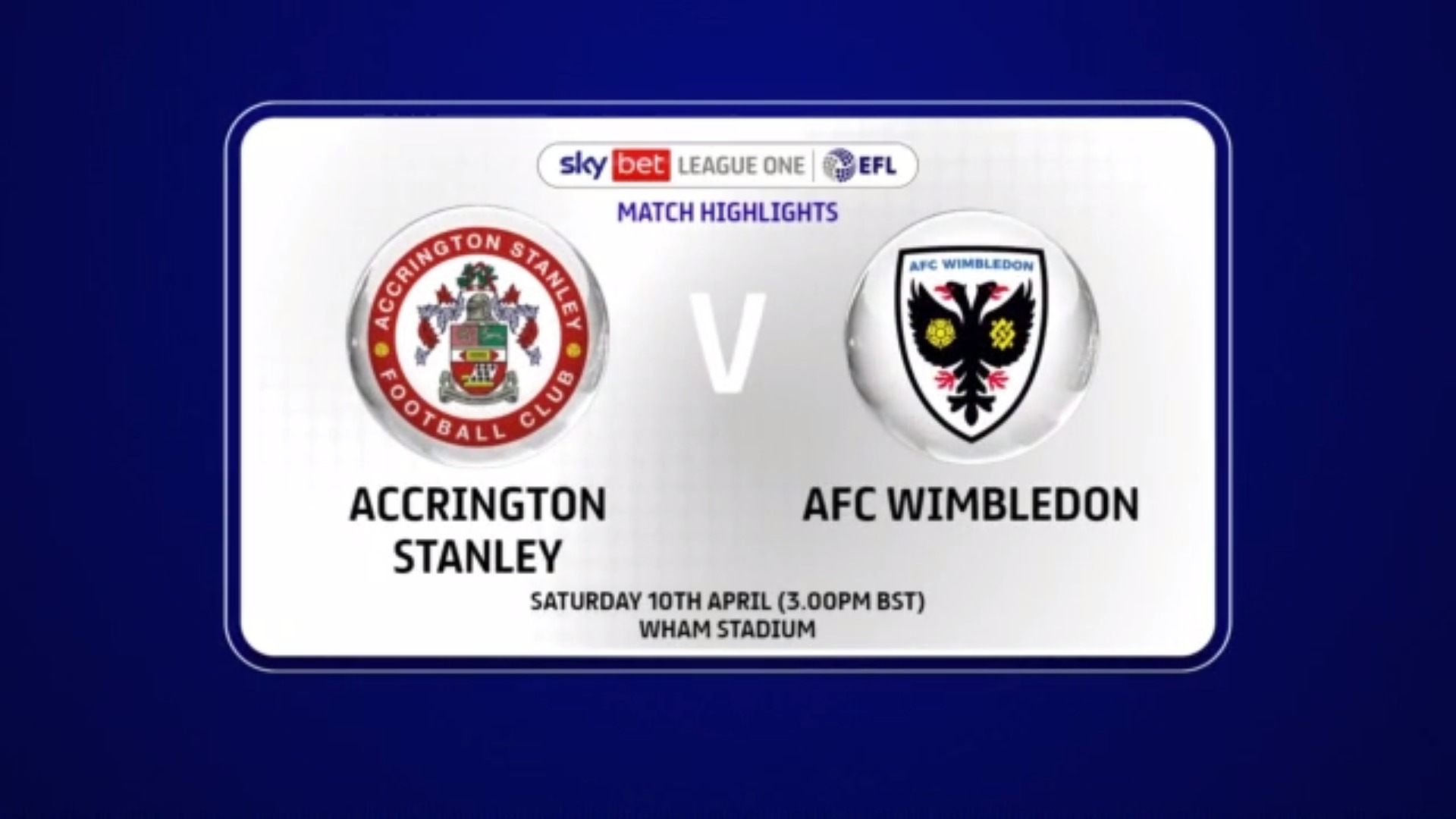 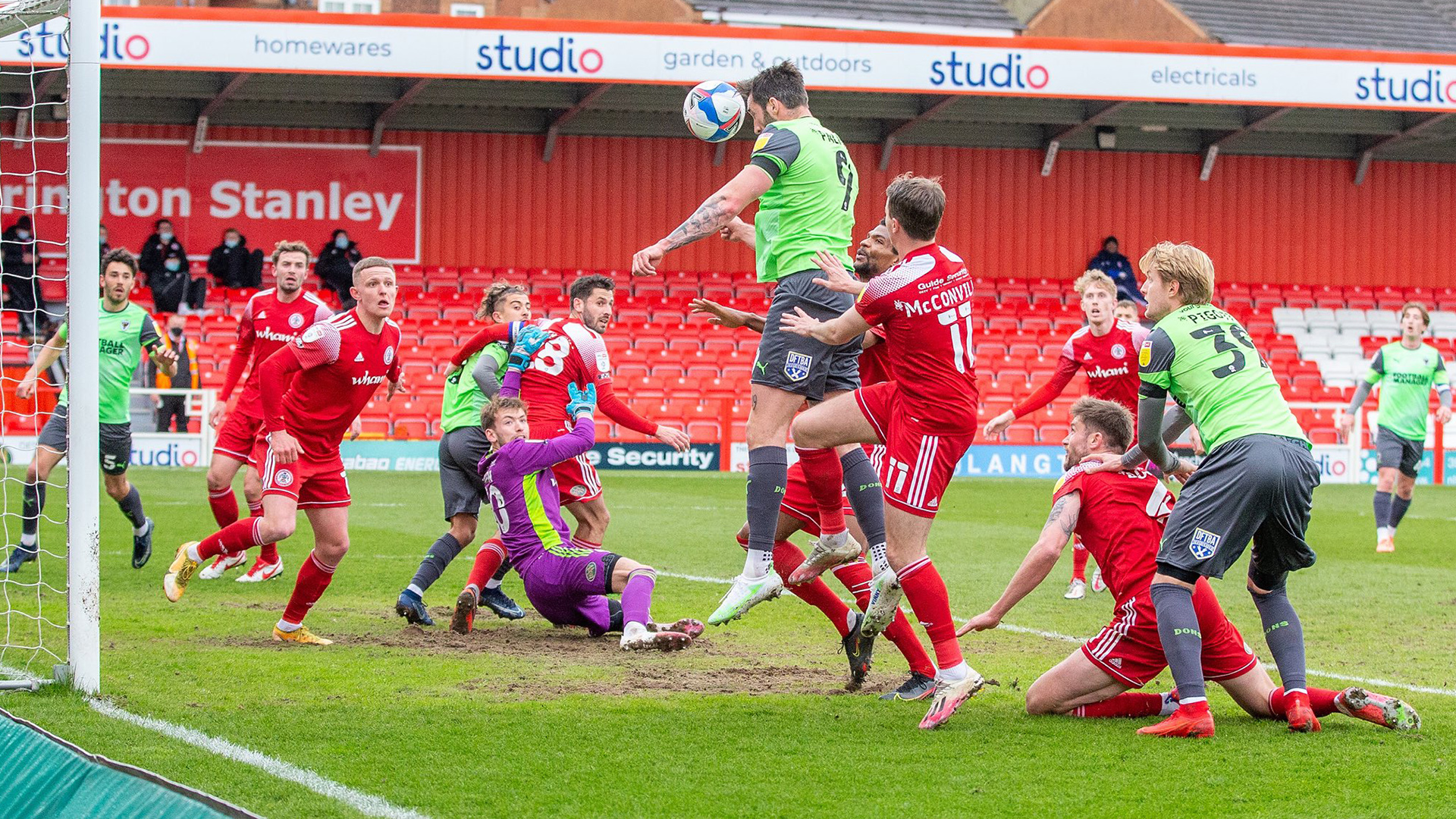