Accrington Stanley manager John Coleman will be hoping his side can secure their first victory of the 2019/20 season when Paul Tisdale brings his Milton Keynes Dons side to the Wham Stadium on Saturday 31st August, 3pm kick-off.

Stanley's league campaign has so far consisted of one draw and three defeats, including last weekend's 2-0 defeat to Fleetwood Town in which key player Sean McConville was shown a straight red card for an altercation with Ched Evans.

The Dons have recorded two wins and two losses in Sky Bet League One, with the club also securing a Carabao Cup tie with Liverpool, following an impressive 4-1 victory over Southend United in Round Two.

Tisdale has been in charge of the club since the summer of 2018 after 12 years in charge of Exeter City, and he led Milton Keynes to promotion back to the third tier at the first attempt.

The Dons currently occupy 15th place in the table, six places above Stanley in 21st.

Stanley are yet to win against Milton Keynes with the last game between the two sides seeing the Reds lose 1-0 in March 2008.

Regan Poole - Poole was a member of the Cardiff City Academy before joining the Newport County Academy as a scholar in June 2014. A move to Manchester United followed 15 months later, with the centre-back making just the one appearance for The Red Devils. The 21-year-old had loan spells with Northampton Town and Newport during his time at Old Trafford, before leaving permanently to join Milton Keynes Dons this summer on a free transfer.

Hiram Boateng - Boateng began his football career with Crystal Palace where he went out on multiple loan spells, before joining Exeter City permanently in August 2017. The 23-year-old made 76 appearances for The Grecians and provided 16 assists for the club during that time. The midfielder joined Milton Keynes Dons in the summer of 2019 and he has so far made five appearances for the club, scoring one goal and providing one assist. 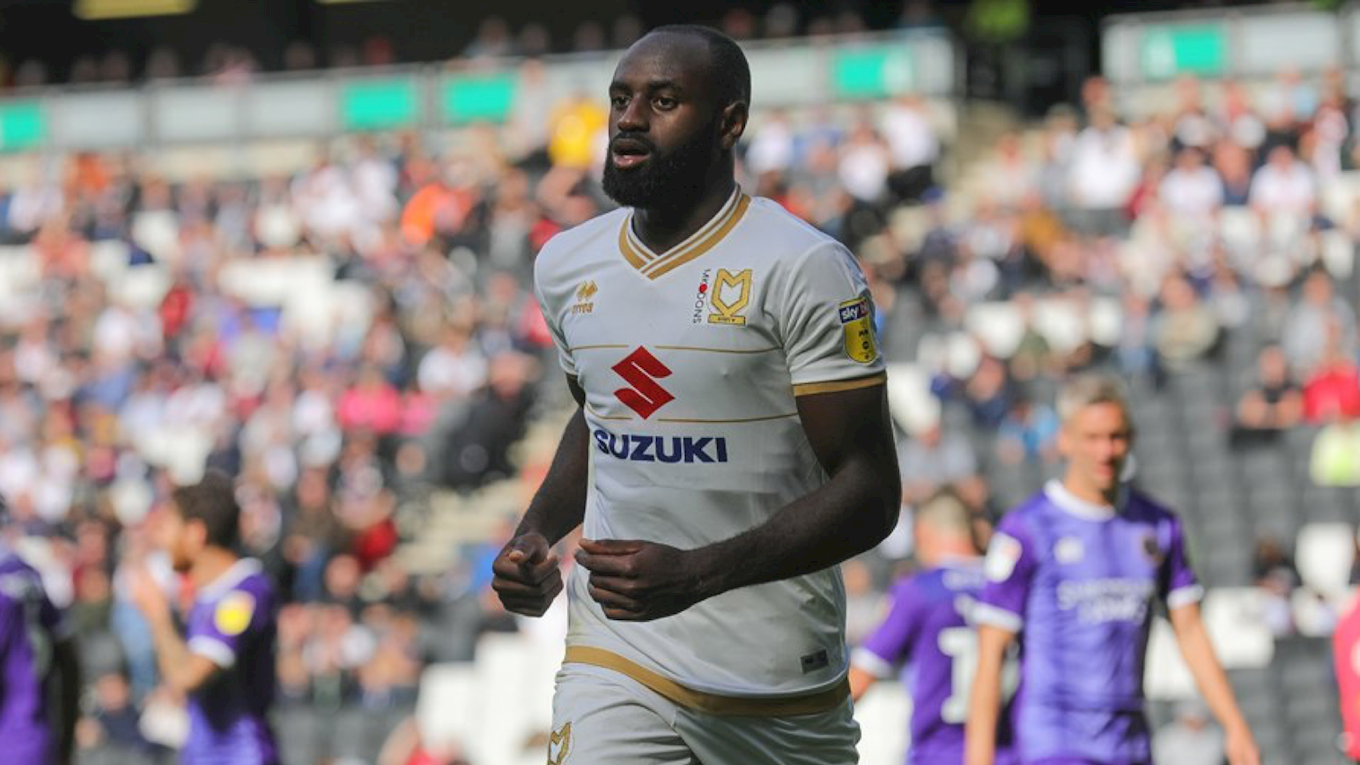 Kieran Agard - Agard joined Milton Keynes Dons from Bristol City in August 2016, having scored 17 goals in 73 appearances for The Robins. Since joining The Dons, the 29-year-old has grabbed 44 goals and provided 14 assists in 146 appearances. The striker played a pivotal role in the club's promotion back to the third tier as he found the net on 20 occasions in Sky Bet League Two during the 2018/19 season. 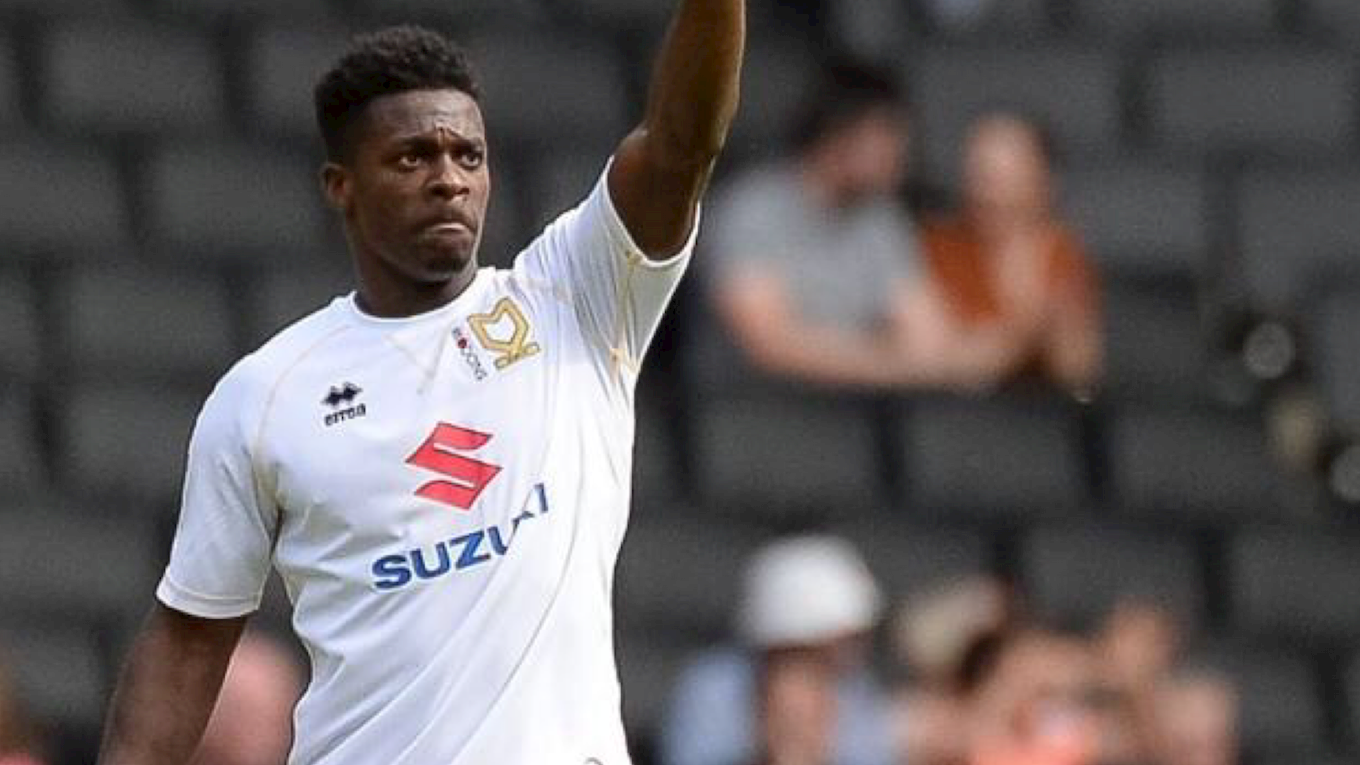 Conor McGrandles is expected to miss out after picking up a knock against Peterborough United, and Ben Reeves, Jordan Moore-Taylor and Joe Mason are all still out with injuries.

Stanley's Offrande Zanzala is expected to miss out after tweaking his hamstring, with fellow striker Courtney Baker-Richardson also unavailable through injury.

Midfielder Sean McConville will also be unavailable for selection following his red card for an altercation with Ched Evans in the 2-0 defeat to Fleetwood Town.

Tickets for the match at the Wham Stadium are still on sale and will be available right up until kick-off tomorrow afternoon.

Accrington Stanley came from behind with two goals in seven minutes to grab their first win of the season against MK Dons.

Colby Bishop and Mark Hughes were on target in the second half after Kieran Agard had given Paul Tisdale’s side a first half lead.

Bishop also saw his penalty saved as Stanley took charge of the game and deserved the three points.

With Sean McConville serving the first of a three-match ban, summer signing Joe Pritchard got the nod to start.

Stanley were on the front foot with Sam Finley and Pritchard putting dangerous balls into the box while a back post Bishop header was inches off target.

Despite the Reds dominance, it was MK Dons who opened the scoring on 18 minutes in their first attack when a ball over the top found Agard and he slotted home past Dimi Evtimov.

It could have been two on 23 minutes as Agard fired just wide but it was a rare foray into the Stanley half in the first half for the visitors.

The Reds were desperately unlucky not to equalise on 27 minutes when Pritchard’s fierce blast had Nicholl’s beaten but the ball hit the underside of the crossbar and bounced down and was frantically cleared.

A Dion Charles blast was deflected just over and Zaine Francis-Angol played a low ball into the box but no one could get on the end of it as MK held onto their lead to half-time.

Paul Tisdale’s side were lively just after the break but still Stanley threatened and Pritchard played a dangerous ball into the box not no one could capitalise.

From the resulting corner on 52 minutes, Nicholl’s pushed Clark’s effort onto the post and out and Bishop was there with his rebound nestling into the bottom of the net for his fourth goal of the season.

Rhys Healey’s diving header almost put the visitors back in front immediately but it was inches wide.

Stanley then took the lead in the 59th minute when Pritchard’s ball in was met by defender Hughes at the far post and his strong header found the back of the net.

It was all the Reds and they were awarded a penalty on 64 minutes when Clark was brought down in the area but Bishop’s spot kick was saved by Nicholls, diving to his left.

Stanley still looked for a third with Charles hitting the sidenetting, Clark fired wide and sub Wilson Carvalho forced a strong save out of Nicholls at the end.

Healey had a 'goal' ruled out for MK Dons in injury-time for off-side and Evtimov pulled off a superb save with the last action of the game.