Michael Nottingham scored his second goal in two games but Accrington Stanley lost their 100 per cent home record with a 4-1 defeat to table topping Wigan Athletic.

The Latics, managed by ex-Red Leam Richardson, took charge in the first half with goals from Jack Whatmough and Will Keane.

Nottingham curled a superb effort into the roof of the net to get Stanley back in it but Charlie Wyke then scored a double as Wigan went top, while the Reds slipped down to early League One table.

Midfielder Harry Pell was suspended for the clash and striker Dion Charles was also out of the squad altogether.

Stanley had the first chance on three minutes when Sean McConville played a great ball into the box but Colby Bishop couldn’t guide his header on target.

Wigan took the lead on seven minutes. James Trafford denied Callum Lang after he burst through and, from the resulting corner, the ball fell to Whatmough in the area and he smashed it into the top corner.

Keane had a strike saved by Trafford and, from the resulting corner again, this time Lang at the far post headed into the side netting.

It was two on 18 minutes when Max Power played a ball in from the right and Keane rose highest to power home the header.

James McClean could have had a third on 30 minutes when he raced clean through but a heavy first touch made it easy for Trafford while Keane then fired across the goal and wide as Wigan dominated the chances.

Stanley then enjoyed a spell of pressure and another McConville ball in again couldn’t be converted by Bishop while Matt Butcher’s strike from distance was easy for Ben Amos.

Stanley made two substitutions at the break with John O’Sullivan making a league return following his summer signing for the Reds and Yeboah Amankwah coming on at the back.

The second half started off with a Wigan chance, Keane firing wide after getting the ball in the area.

However McConville almost got the Reds back in it with a curling strike which Amos had to dive to keep out.

Wigan continued to be a threat with Trafford keeping out McClean’s volley and Kelland Watts heading narrowly wide from the corner.

Stanley got one back on 53 minutes when Bishop chested the ball down for him in the area and Nottingham curled the ball into the top corner of the net.

However the Reds didn’t get a chance to build on it as Wigan made it three on 58 minutes,  Wyke getting the ball in the area and lifting it over Trafford.

Wyke’s diving header was straight at Trafford before he made it safe in injury-time, charging goalwards from around 40 yards out and his shot went in off the post. 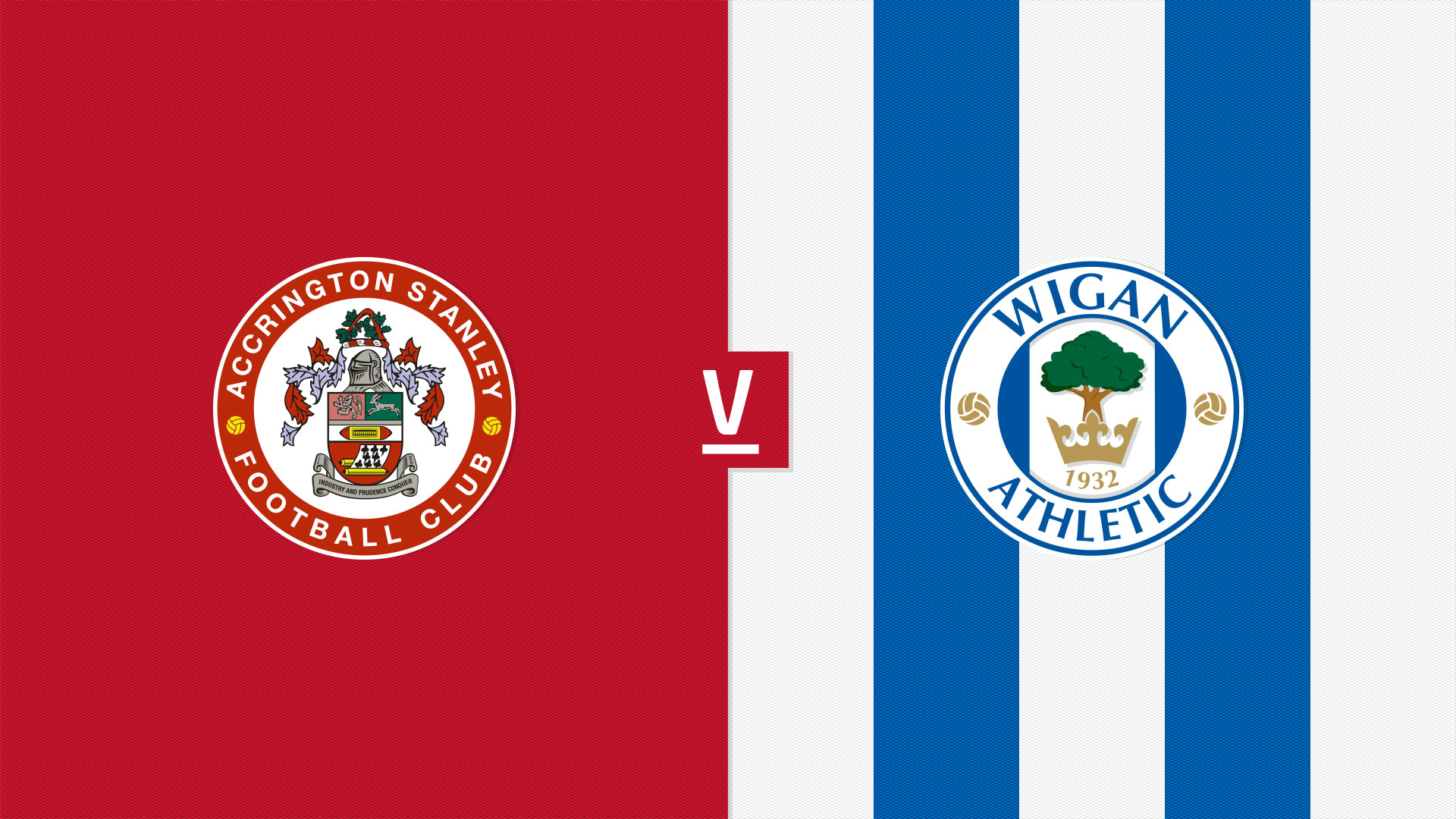 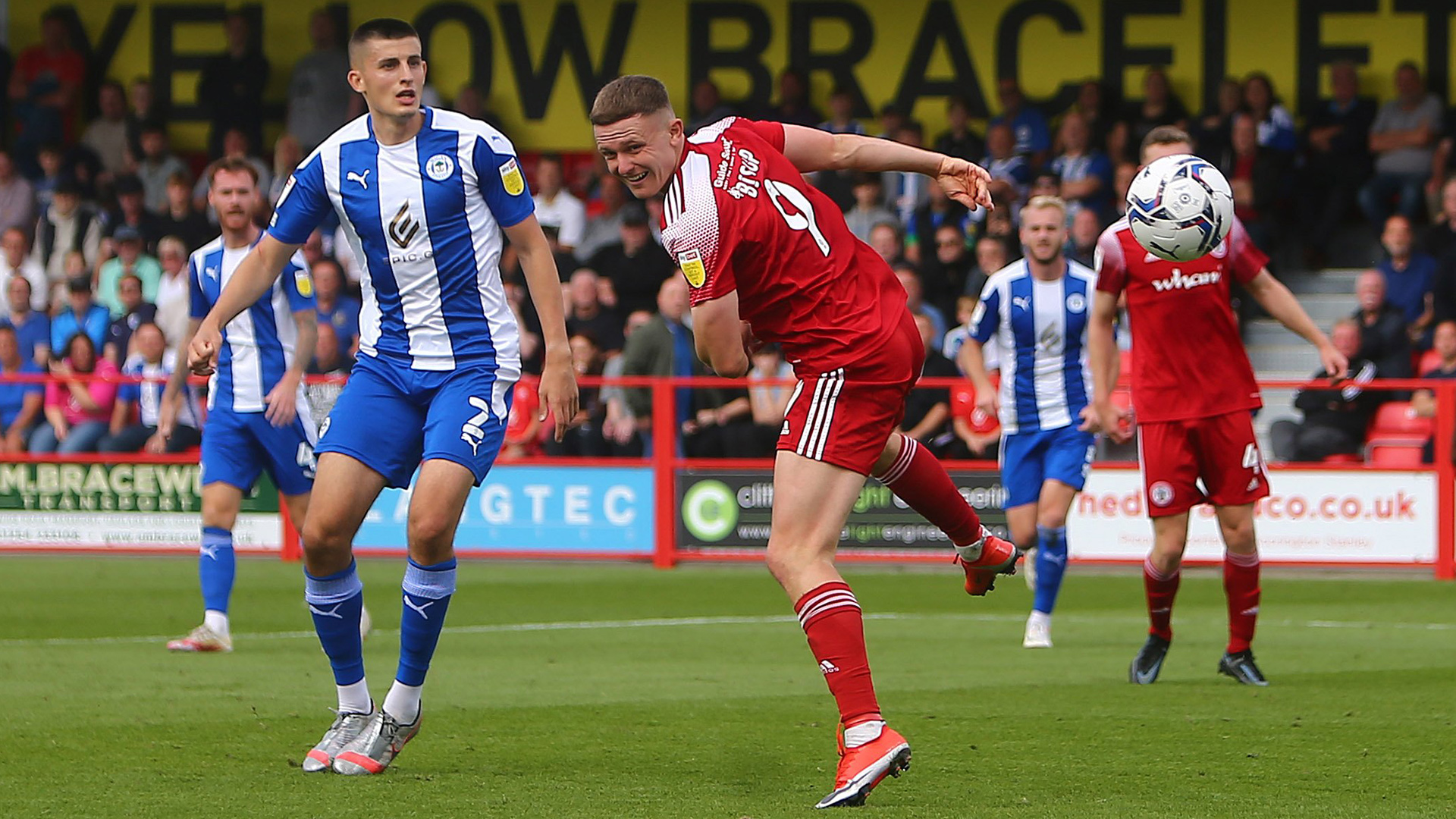