Accrington Stanley's Sky Bet League One fixture against Ipswich Town on Tuesday 2nd March has been moved to a 7.00pm kick-off.

Captain Seamus Conneely was shown a controversial red card in the 16th minute as Stanley lost to Ipswich Town.

Conneely tackled Troy Parrott in the area and referee Bobby Madley ruled it a straight red despite protests from the Stanley camp.

Nathan Baxter saved the spot kick for the second game running and, at this stage, the Reds were 1-0 up thanks to Dion Charles’ 15th goal of the campaign.

But Ipswich, watched by former Stanley boss Paul Cook which takes charge of the Tractor Boys tomorrow, came back to chalk up a third successive win and move above Stanley in the table into seventh place.

Paul Smyth came back into the starting line-up while Adam Phillips dropped to the bench in the only change from the 1-1 draw at Fleetwood.

Stanley took the lead on four minutes when Smyth’s low cross into the box wasn’t held by Tomas Holy and Charles was there almost on the goalline to tap home.

The Reds were down to ten men on 16 minutes when Conneely was shown the disputed straight red for a foul on Parrott as he bore down on goal.  James Norwood took the spot kick but Baxter superbly denied him.

The Reds appealed for a penalty of their own when Michael Nottingham went down in the area but nothing was given and Smyth blasted over from the edge of the area.

Baxter superbly denied Norwood for a second time on 27 minutes after the striker turned in the area but then there was a lengthy delay when Parrott caught the Chelsea loan keeper in the area and he needed treatment to his shoulder.

He couldn’t continue, Toby Savin replacing him in the 37th minute and, within a minute, Savin was in action, pushing away an Alan Judge fierce strike.

It was all-square on 41 minutes when an Andre Dozzell corner to the near post wasn’t cleared and it fell nicely for James Wilson to rifle the ball home from close range.

Savin then produced a superb save to keep out Norwood in the next attack as Ipswich looked to capitalise on the man advantage and, moments later, Myles Kenlock fired across goal and wide.

At the end of the half, Smyth was clean through with only Holy to beat but the keeper managed to stick a foot out to clear the ball.

And the Reds suffered a setback in the sixth minute of added time when a free kick from Dozzell was headed home by Norwood for his sixth goal of the season.

David Morgan came on for Ben Barclay at the second half and Morgan tried his luck from distance and it was just over the bar.

Stanley came close when a Joe Pritchard free kick found the head of Nottingham but Holy pulled off a point blank save to stop the equaliser.

However Pritchard, who had just returned from injury, limped off on 68 minutes replaced by Sean McConville.

Ten-man Stanley continued to press, Smyth was lively and Charles fired wide as they looked for an equaliser - and they managed to limit Ipswich’s chances at the other end - but they couldn’t rescue a point.


Accrington Stanley's Sky Bet League One fixture against Ipswich Town on Tuesday 2nd March has been moved to a 7.00pm kick-off. 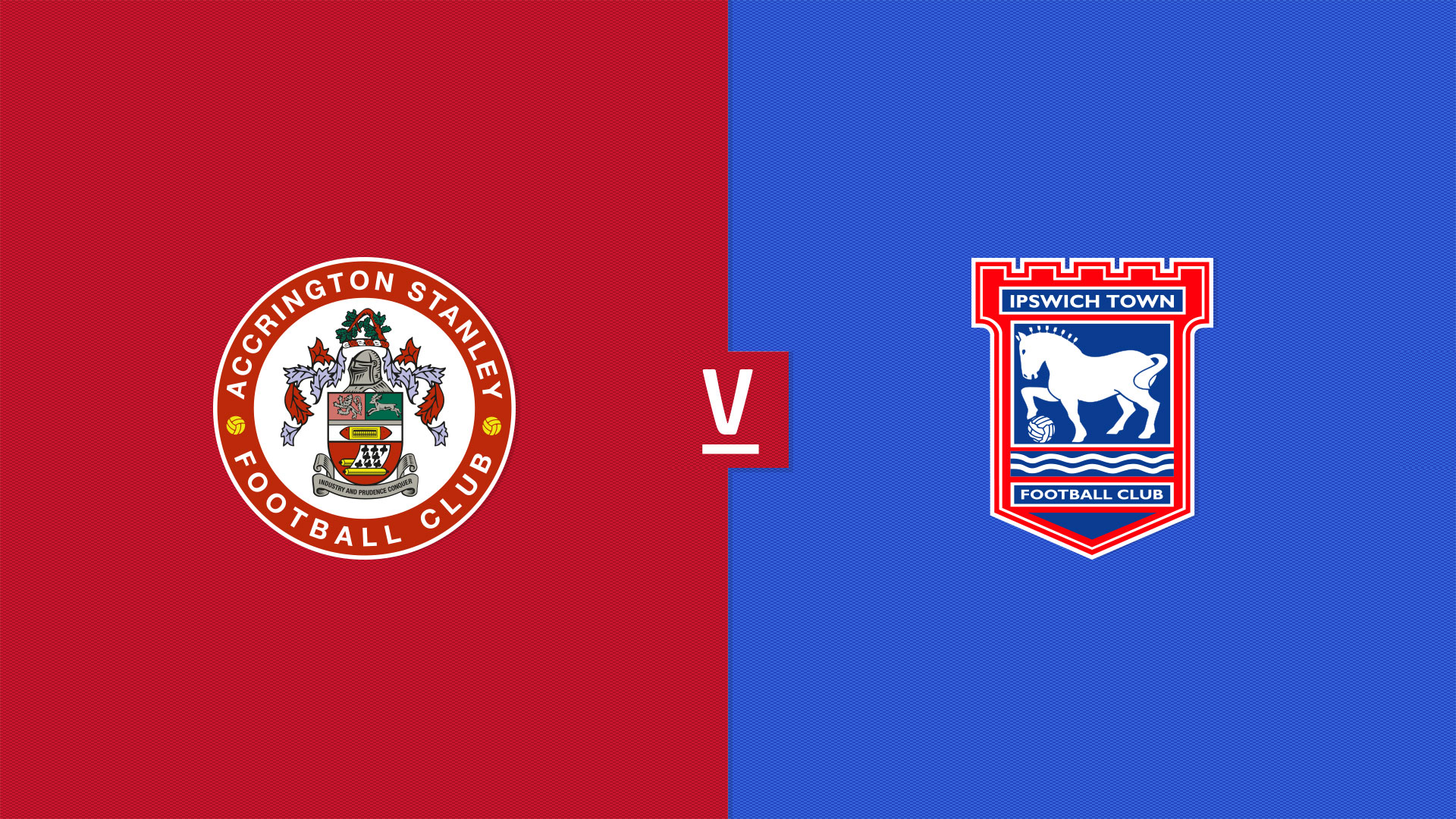 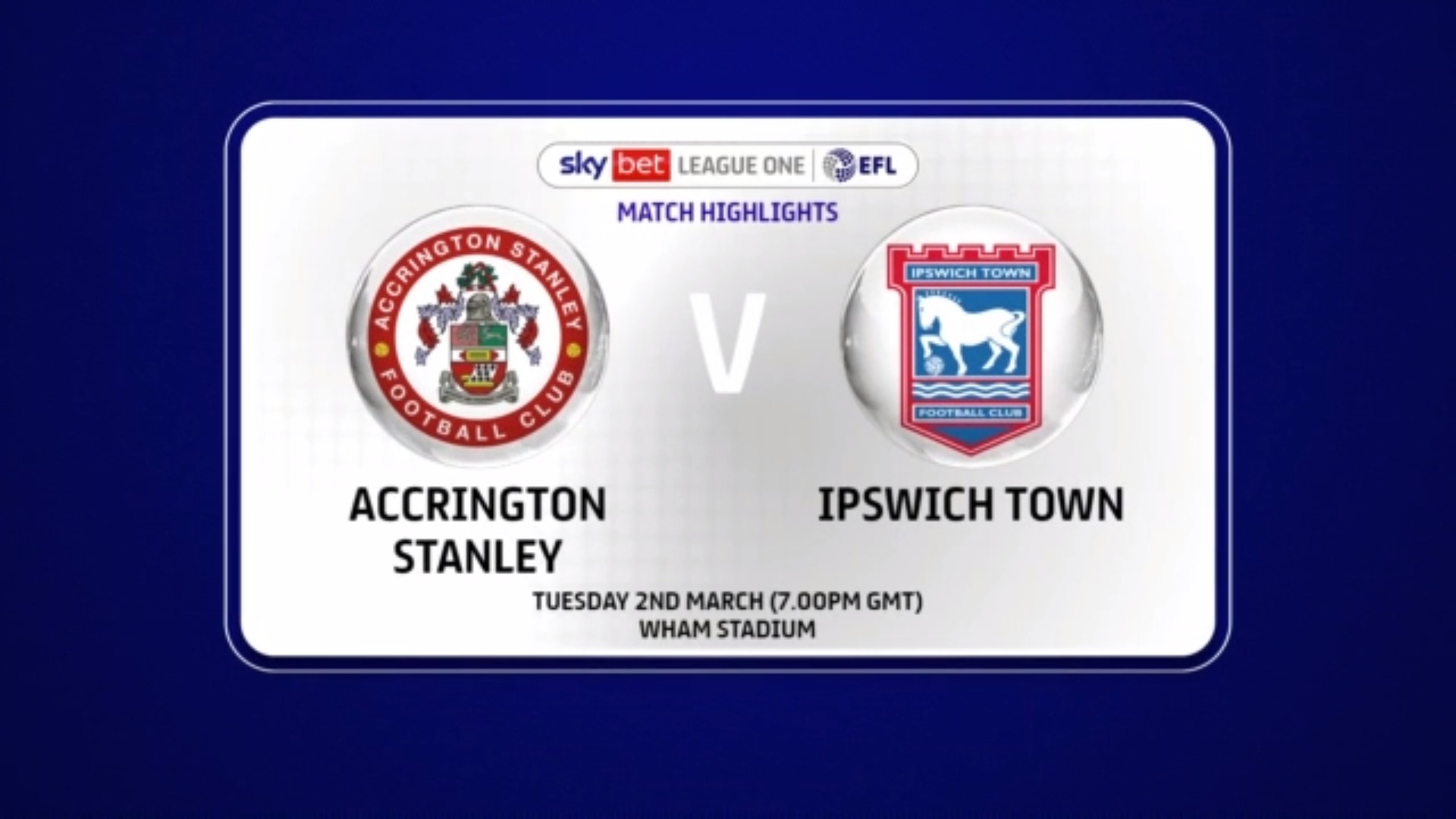 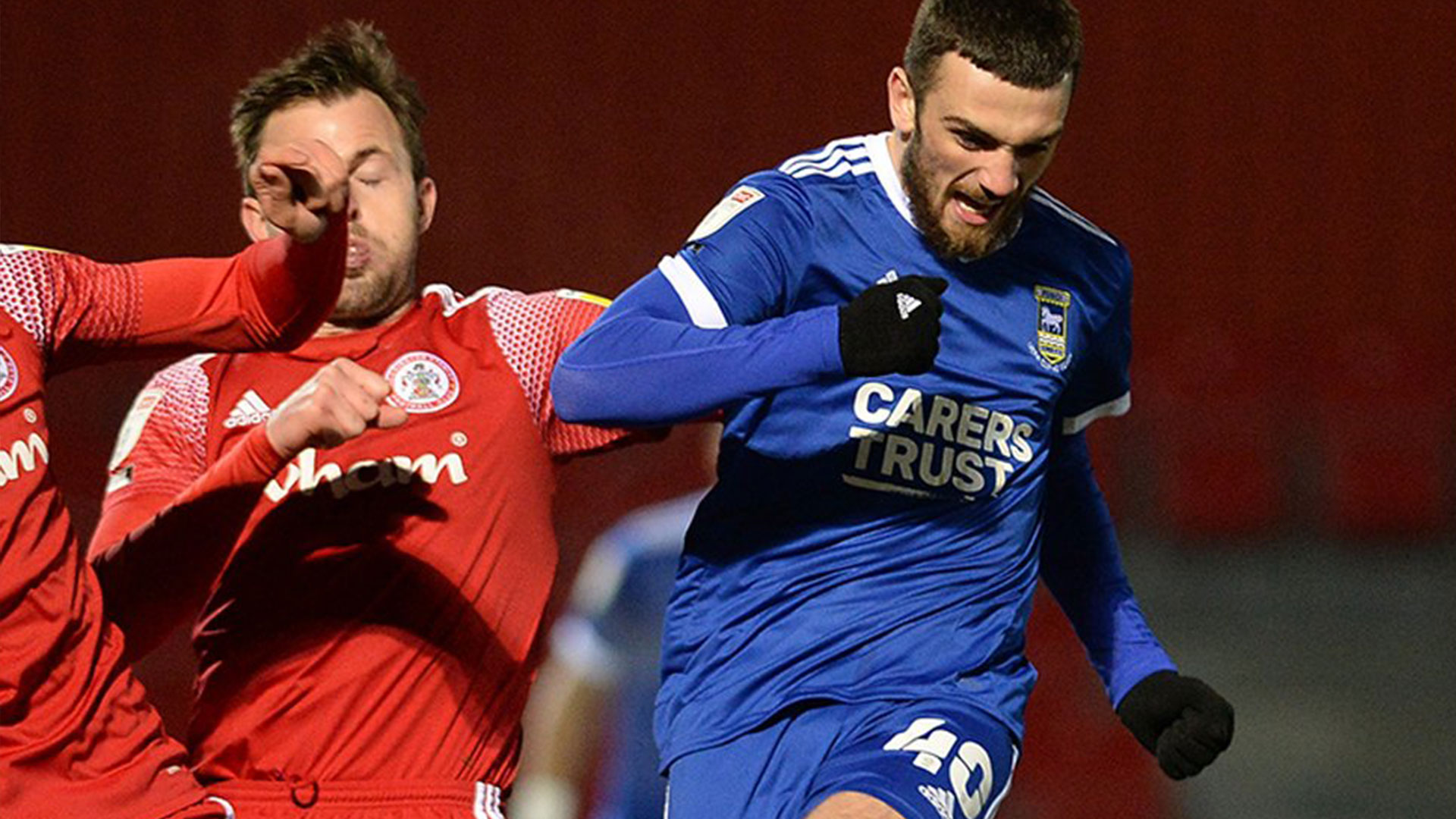