Sean McConville scored an 85th minute equaliser – his first goal in 16 months – to take a point at promotion-chasing Sunderland.

After falling behind to two Charlie Wyke goals inside the first 11 minutes, it looked like a long afternoon at the Stadium of Light for the Reds.

But a stunning second half performance saw Stanley get back in the game through a Colby Bishop goal before a freak own goal meant it was all-square.

John Coleman’s side went for it but, from a Reds’ corner, Sunderland broke in numbers and Max Power’s strike bounced off Ben Barclay in the 83rd minute to put the home side back in front.

But two minutes later, Stanley won a free kick on the edge of the area for a foul on Dion Charles, and McConville’s free kick was perfect, in off the crossbar to make sure the Reds deservedly got something from the game.

Sunderland started well but Charles did have an early effort for the Reds which was well saved by Lee Burge.

Sunderland took the lead on five minutes when a Lynden Gooch cross found Wyke and he headed home his 29th goal of the season.

It was two on 11 minutes when Aiden McGeady, who has the most assists in League One, crossed from the left and Wyke tapped home to take his tally to 30.

Stanley had a chance to get back into it when Bishop laid the ball for Adam Phillips from the edge of the area but his volley was narrowly wide.

However the Black Cats were dangerous on the break and they almost got a third when McGeady’s ball in was close to a stretching Aiden O’Brien but thankfully for Stanley he couldn’t make contact.

Stanley had a great opportunity on 23 minutes when they broke and forced a corner and it needed a superb save from Burge, leaping to stop a Bishop header finding the top corner of the net.

As the game went from end to an end, O’Brien’s strike was easy for Toby Savin after he got past the Reds defence and it was straight down the other end, Phillips making space in the area but he couldn’t find the target.

Just before half-time, O’Brien was denied by Savin and McGeady jinked a ball in almost on the goalline which no one could get on the end of.

Stanley started the second half on the front foot and got a goal back on 51 minutes when Seamus Conneely found Charles. He threaded the ball through to Bishop who fired low through the legs of outrushing Burge for his 11th goal of the season.

Stanley were on the attack, McConville played a dangerous ball into the box, Bishop belted the ball narrowly over and McConville could only find the side netting with a low shot.

On 67 minutes, Paul Smyth came on as the Reds looked for an equaliser and it came a minute later.

A Savin free kick found the head of Luke O’Nien who tried to head it back to his keeper Burge but the stopper was out of goal and the ball rolled into the goal despite the attempts of Burge to scramble back.

Smyth, after scoring one and winning a penalty on his last visit to the Stadium of Light with Accrington in 2018, fired over at the far post as the Reds went on the hunt for the winner.

On 77 minutes, Charles fell in the area under a challenge from Power but nothing was given while, at the other end, Jack Diamond raced to a ball with Savin and clipped it goalwards but it went wide.

Then, on 83 minutes, Sunderland thought they had won it on the break before McConville popped up and Stanley could have won it in the final minute of the 90, but Phillips couldn’t find the target.

Then, in injury-time, a superb header off the line from Harvey Rodgers stopped McGeady grabbing a winner and Savin superbly denied Grant Leadbitter in a breathtaking finale. 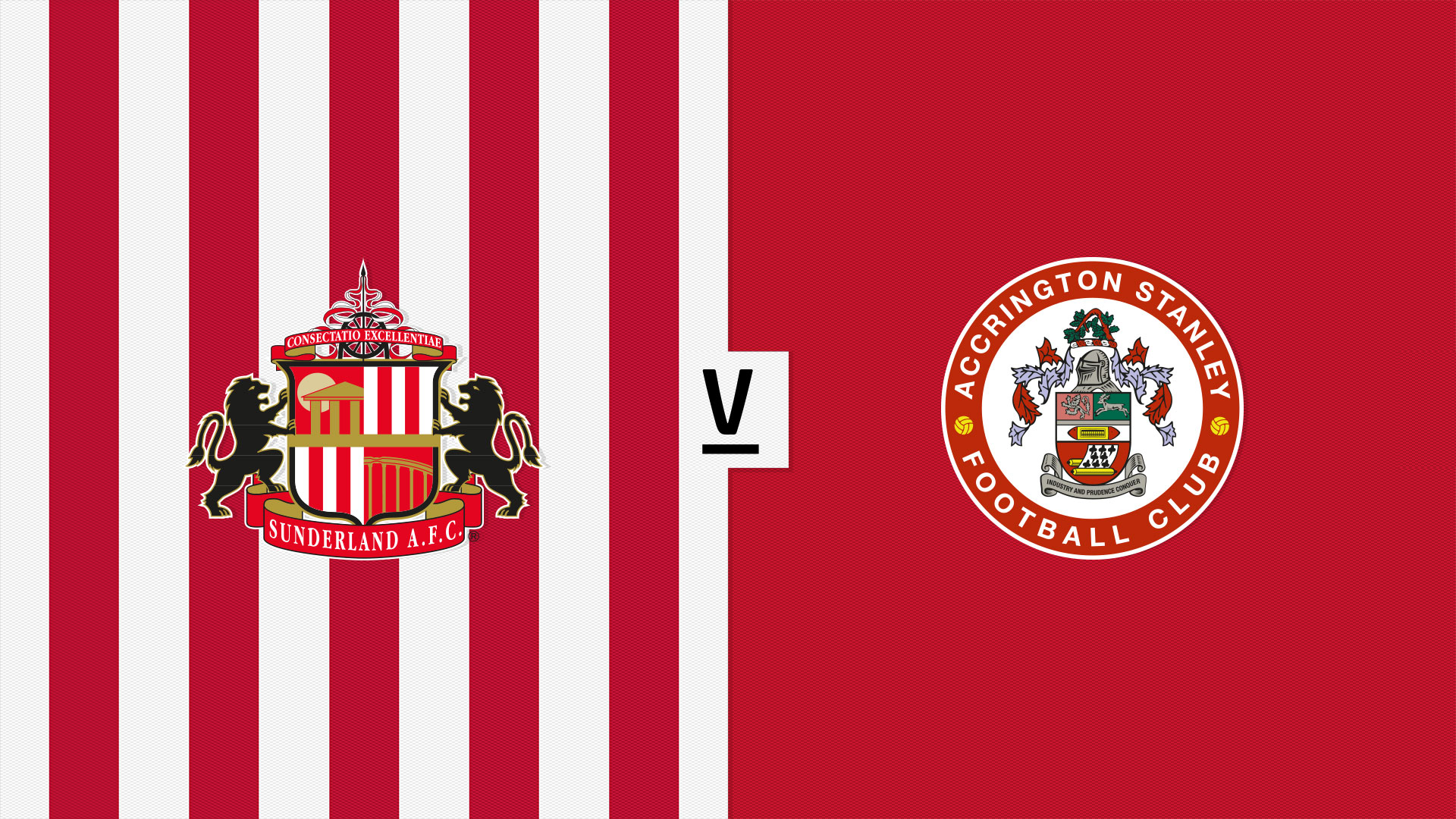 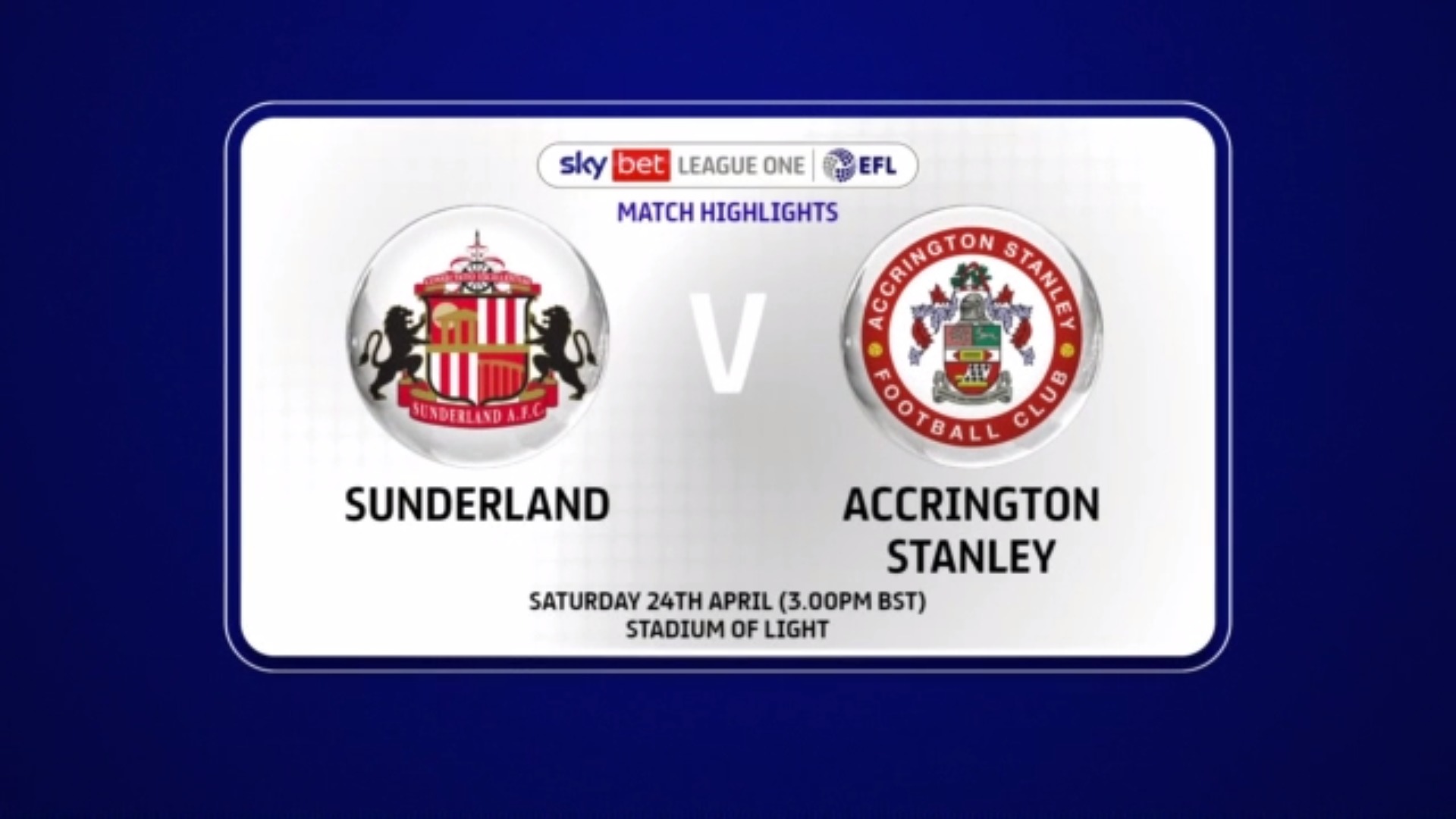 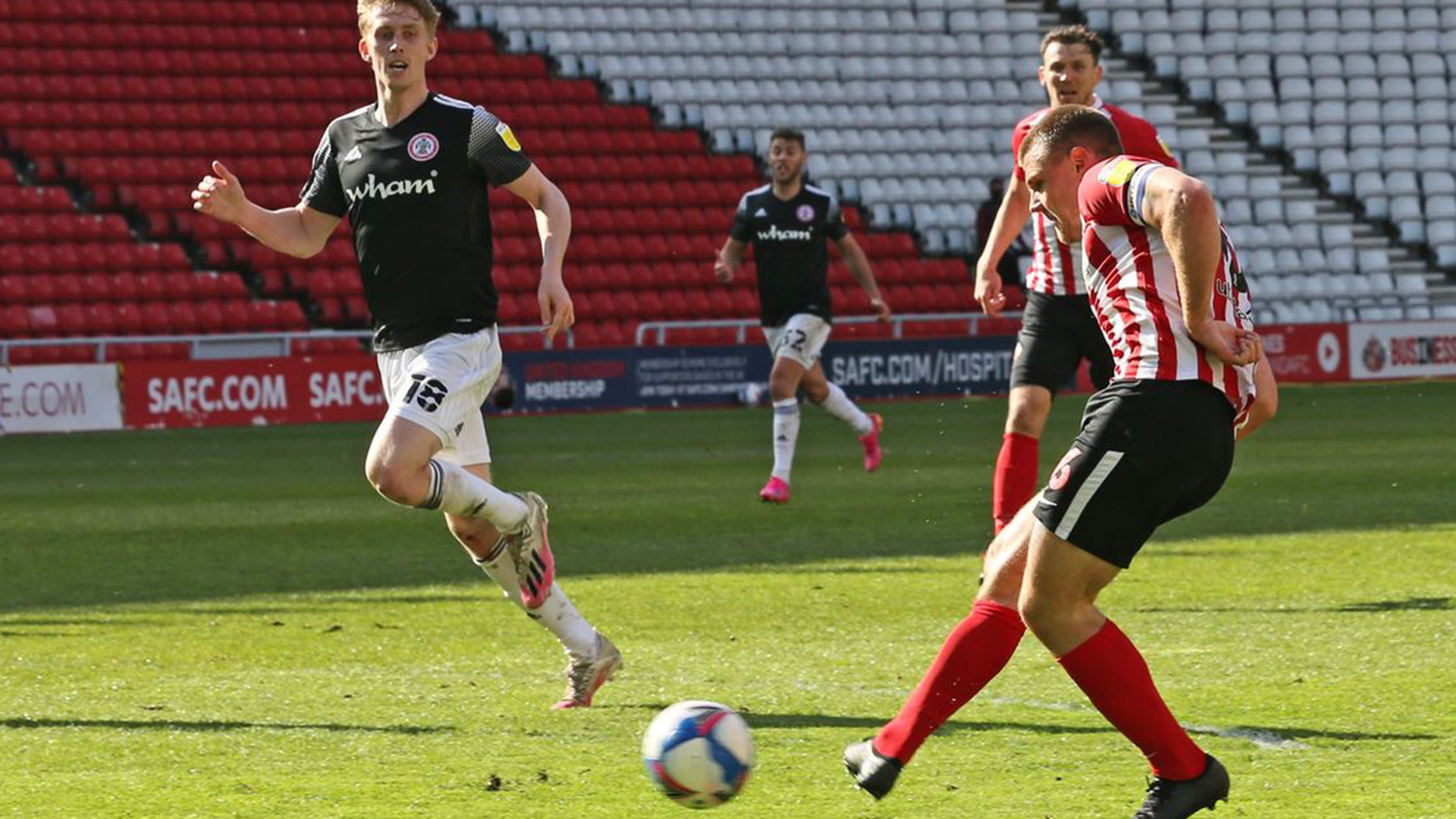