Accrington Stanley manager John Coleman will be hoping his side can make it five games unbeaten when they travel to the Keepmoat Stadium to face Doncaster Rovers tomorrow afternoon, 3pm kick-off.

Stanley come into the game on the back of an impressive 4-1 win over Portsmouth, with the Reds scoring three second half goals to secure the victory.

However, Doncaster suffered a 2-1 away defeat to AFC Wimbledon in their last outing.

In the dugout for Rovers is Darren Moore, with the 45-year-old having been appointed in July 2019. 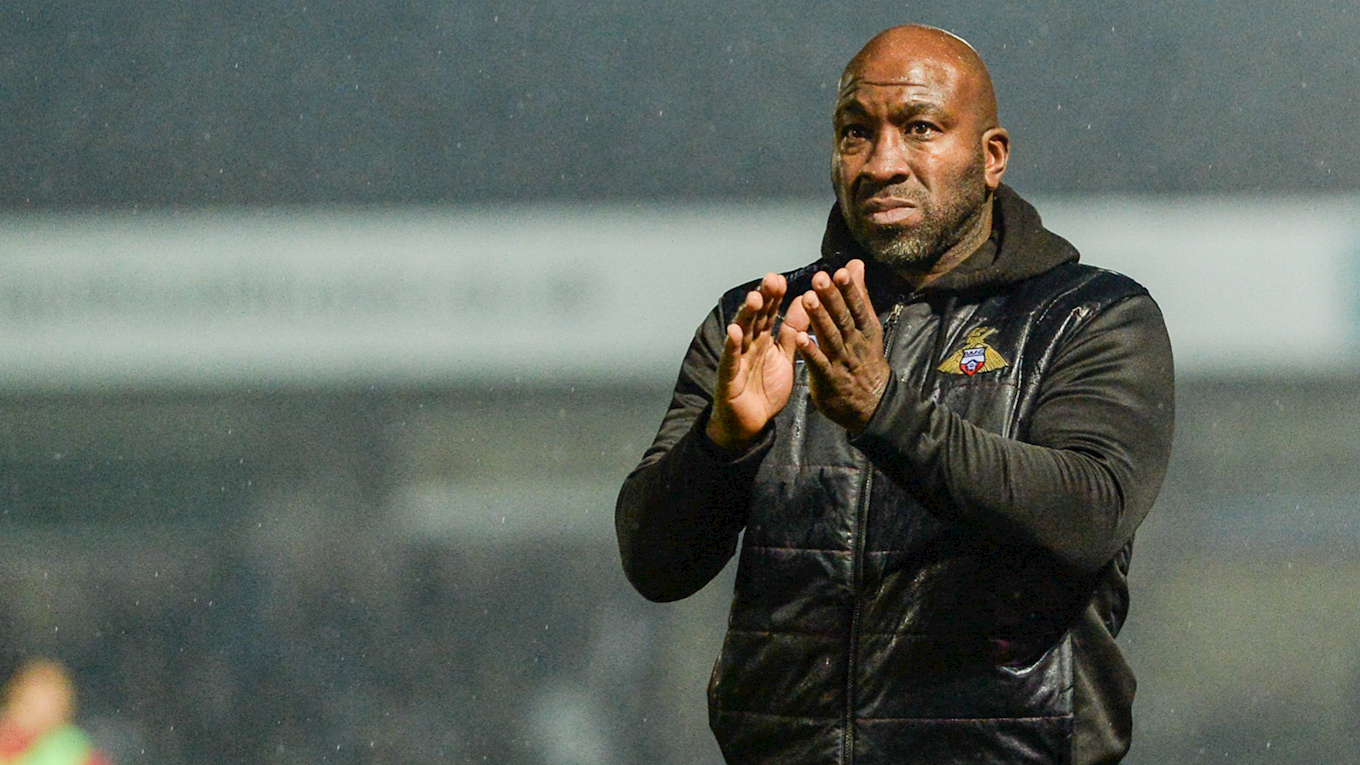 Doncaster currently sit 14th in the Sky Bet League One table and are two points ahead of Stanley, with the Reds occupying 17th place.

Stanley secured the double over Rovers last season, with the Reds winning 1-0 at home and 2-1 in the away fixture.

Ben Whiteman - Whiteman came through the youth ranks at Manchester United, before signing his first professional contract with Sheffield United at the end of the 2013/14 season. The 23-year-old spent time out on loan with Mansfield Town, with the Rochdale-born midfielder then joining Doncaster Rovers on loan during the 2017/18 season. Whiteman's move was made permanent in January 2018 and he was named as Rovers' captain at the start of the 2019/20 season. 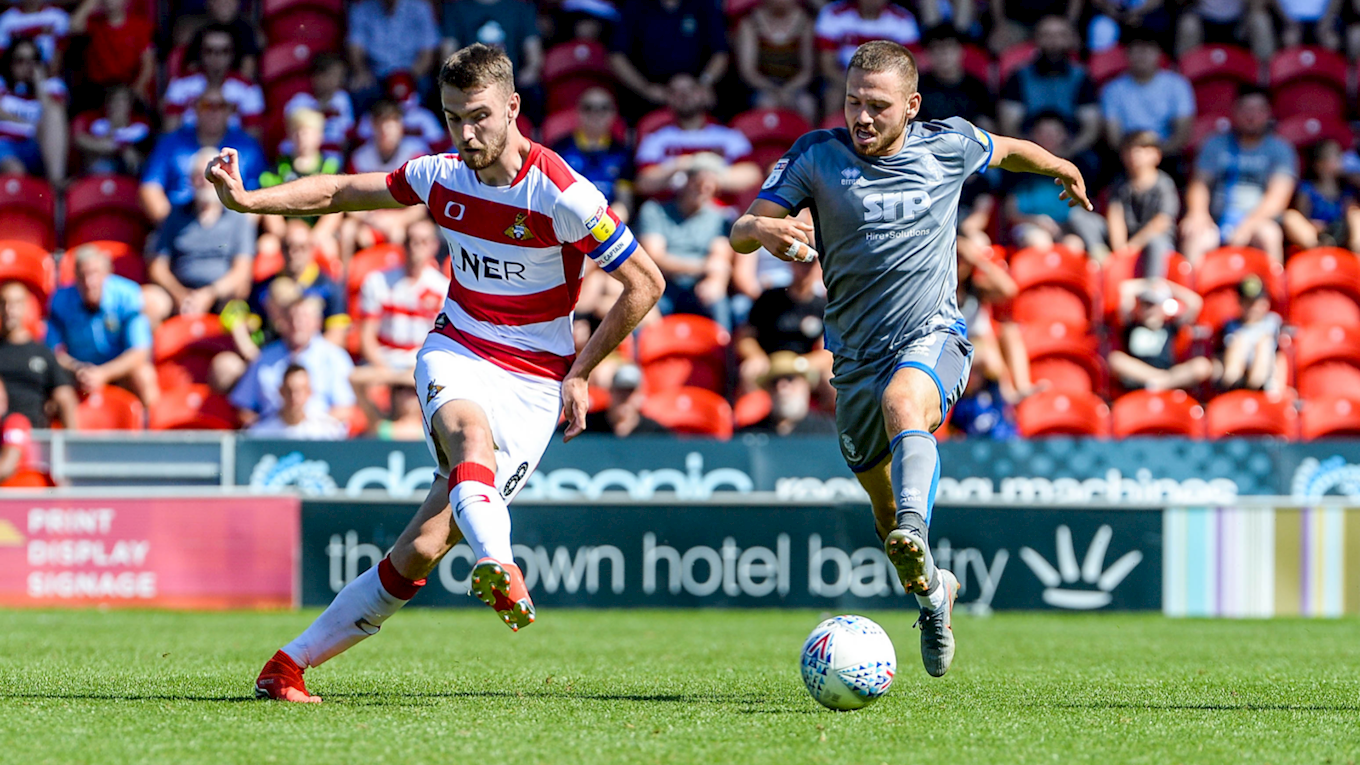 Kieran Sadlier - Sadlier joined Doncaster Rovers in December 2018 after impressing in Ireland for both Sligo Rovers and Cork City. The midfielder scored 15 goals in 48 appearances for Sligo before going on to grab a further 18 goals in 58 matches for Cork. Since signing for Doncaster, the 25-year-old has scored 10 goals for the club, including seven this season. 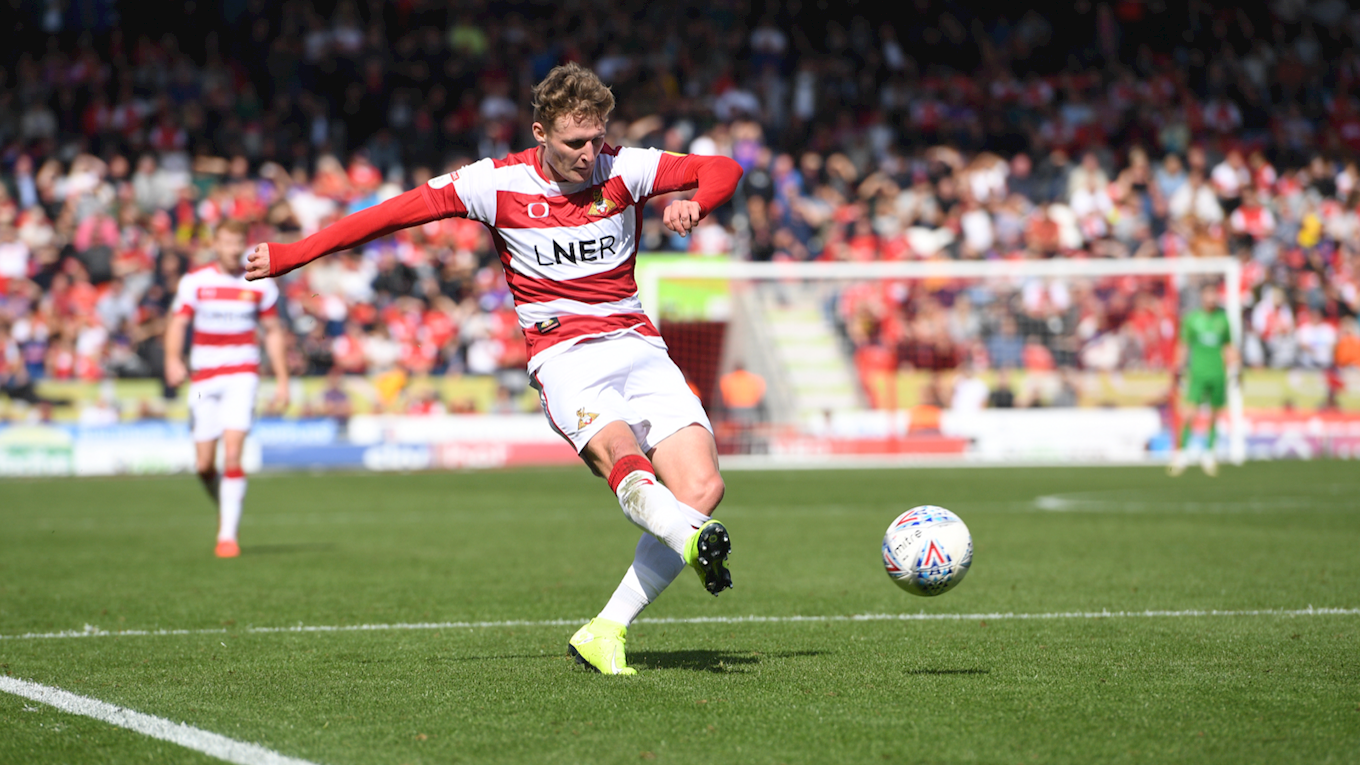 James Coppinger - Coppinger joined Doncaster Rovers in May 2004, with the attacking midfielder having gone on to make over 600 appearances for the club. The 38-year-old has also won two promotions to the Championship during that time, as well as the EFL Trophy in 2007. Coppinger has scored 72 goals and provided 104 assists during his 16 seasons with Rovers, including four of each this season. 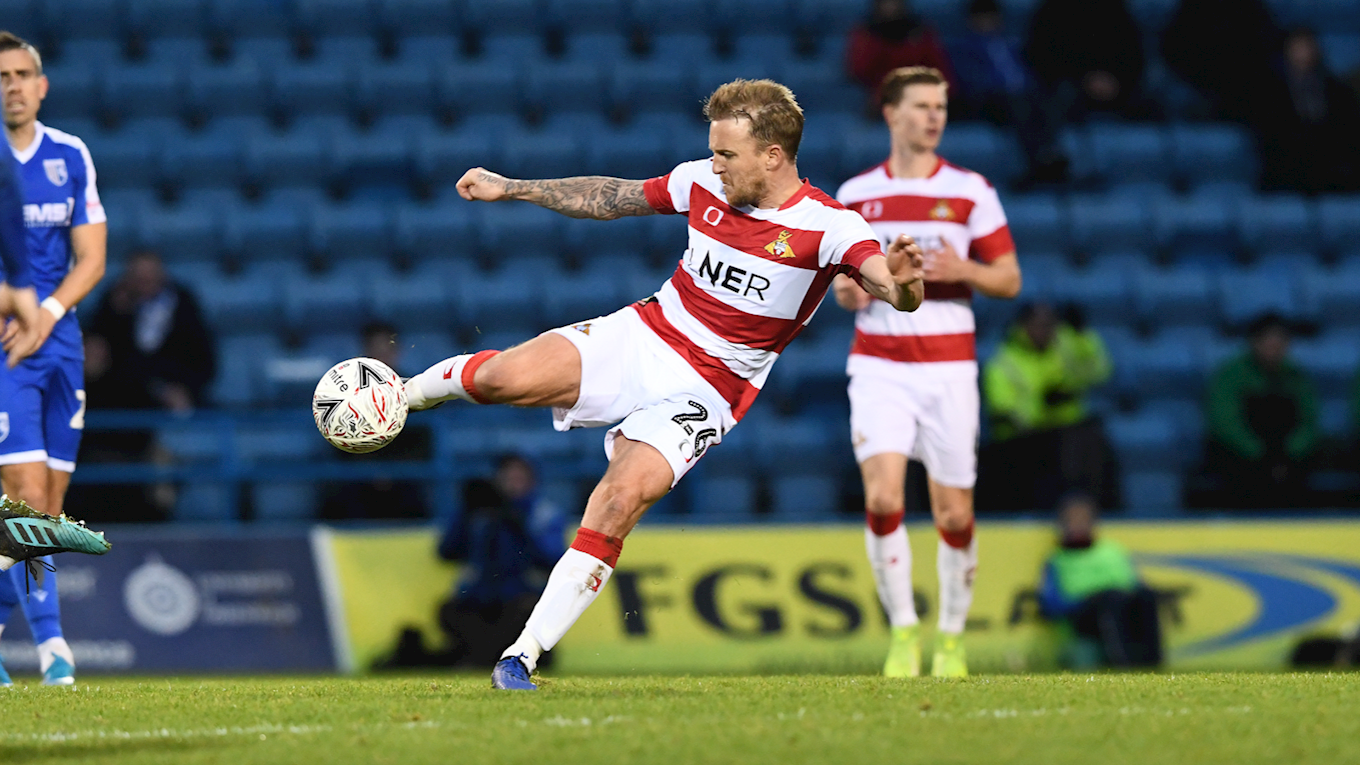 Darren Moore will have defender Tom Anderson back available for Saturday's match, after he served a three-match suspension for his red card against Wycombe Wanderers.

The Reds are expected to be without winger Sean McConville, who has missed the last two games with a shoulder injury.

Stanley manager John Coleman also revealed in his pre-match press conference that Lamine Kaba Sherif has been struggling this week with a knee injury.

After making his Sky Bet League One debut in the 4-1 win over Portsmouth, goalkeeper Josef Bursik admitted that he didn't want it to end.

"When it came I was just as focused as I would expect myself to be and I got out there and enjoyed every minute really."

Tickets for the match at the Keepmoat Stadium are available right up until kick-off, CLICK HERE for ticket prices!

Stanley will be wearing their away kit for Saturday's Sky Bet League One game at the Keepmoat Stadium, CLICK HERE to buy yours!

Substitute Offrande Zanzala forced home an 82nd minute equaliser to secure a point for Stanley and extend their unbeaten run to five games – but it could have been all three.

Jon Taylor put Rovers ahead in the 57th minute before a goalmouth scramble from a Sean McConville corner ended with Zanzala getting the final touch to level late on.

And it was agony for the Reds as, in the final minute of normal time, keeper Seny Deing pulled off a stunning save to deny Seamus Conneely a Stanley winner.

The Reds started well, Joe Pritchard played a dangerous ball across the face of goal but no one was there to capitalise while neither Jordan Clark nor Colby Bishop were able to get a clear head to Callum Johnson’s dinking ball into the box.

Doncaster grew into the game but chances were at a premium for both sides.

The Reds felt they should have had a penalty before the break when Clark ended up grounded in the area after a challenge from Cameron John but referee Andy Haines waved away the appeals.

After the interval, ex-Red Joe Wright came on for Doncaster and the home side had the first real chance with Madger Gomes putting in a good ball across the goalmouth but no one could get on the end of it.

Stanley then pressed through Bishop and Clark and forced a number of corners but couldn’t break the deadlock.

And, on 57 minutes, the Reds lost the ball on the attack, Doncaster broke and Taylor raced through one-on-one and he tucked the ball beyond Joe Bursik.

Stanley hunted for the equaliser, Dion Charles charged forward and found Bishop but the striker couldn’t find a finish.

It was end to end and Taylor had another strike which Sam Finley did well to block while Pritchard’s fierce free kick took a deflection.

McConville, who has been struggling with a shoulder injury, came on for the final 18 minutes as Stanley chased an equaliser and Zanzala also entered the fray.

The two combined when McConville put his corner into the six yard box, it was headed goalwards, there were frantic attempts to clear it but Zanzala raced forward and looked to get the final touch to force it over the line.

Then came the grandstand finish with neither side able to find the winner.

Tickets for Accrington Stanley's upcoming match with Doncaster Rovers at the Keepmoat Stadium on Saturday 21st December are now available.

Tickets for Stanley's clash with Doncaster Rovers can be purchased from the club shop between 10am-4pm or over the phone on 01254 356950, with prices for this fixture below.